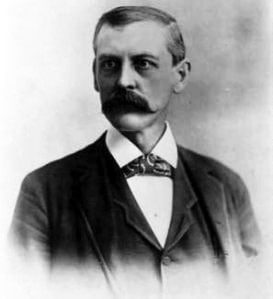 Willard Bundy was a businessman and inventor, who obtained patents of many mechanical devices, but was mainly known for the invention in 1888 of a mechanical time clock, an early version of the time recorder (a mechanical device which recorded when workers clocked in and out of work), which was manufactured in a company of Bundy brothers (Willard had a younger brother—Harlow E. Bundy). 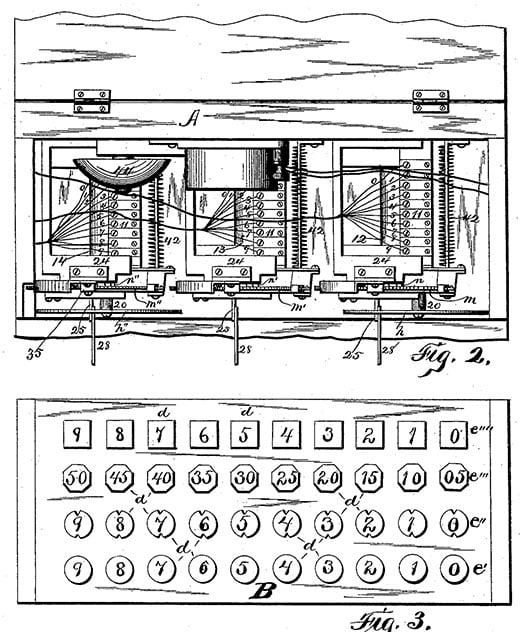 The object of the invention was to provide electrically actuated cash drawers or registers designed for use in stores by cashiers, combining with it an adding machine to add the amounts each and every time a button or buttons are pressed to make up the sum placed in the drawer, at the same time to indicate and display the amount of each purchase on one or more dials, one dial indicating units, another tens, a third hundreds or dollar-units, and so on.

Also to provide means by which two or more dials can be operated to indicate a large amount by actuating two or more buttons in succession; to release the drawer by the making of a circuit; to automatically throw the drawer open; to provide means to prevent the reopening of the drawer after being fully closed or to prevent its being reopened after being partly closed without the drawer is first fully closed and then reopened by the pressure upon a button; to provide a double-figure button operating to open the drawer by making a double contact successively and simultaneously operating the disk of units and the disk of tens; to provide means for registering each and every time the front of the case is opened, whereby access is obtained to the registering-dials; to ascertain the total amount taken in; to provide means by which the amount of each purchase is displayed upon the back of the apparatus to show the customer the registry when the back is toward him, and to actuate all of the several mechanisms by the electrical contact of any of the single or double buttons. 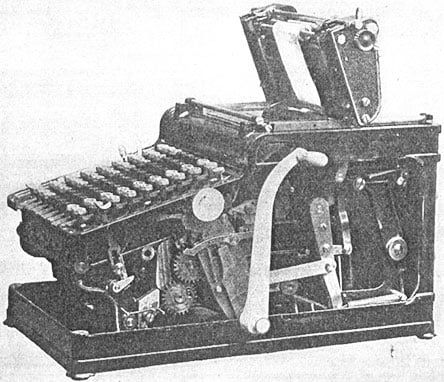 Bundy Adding Machine (see the upper image) was advertised in 1904-1906 (see the article in The Binghamton Press from September, 1904) and was put in production by Bundy Mfg. Co. of Binghamton, NY, managed by Harlow E. Bundy.

The Macintosh, or Mac, is a series of several lines of personal computers, manufactured by Apple Inc. The first Macintosh was introduced on January 24, 1984, by Steve Jobs and it was the first commercially successful personal computer to feature two … END_OF_DOCUMENT_TOKEN_TO_BE_REPLACED