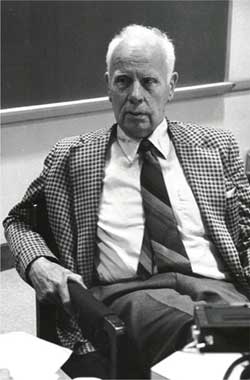 Who Was George Stibitz

George Stibitz was an American inventor and computer pioneer. He is best known for his time at Bell Labs, during which he helped to create the first ever digital computer. He was also instrumental in the development of a variety of computer-related devices, such as the Boolean logic digital circuits.

Stibitz was born in York, Pennsylvania, in 1904, although he spent most of his childhood in Dayton, Ohio. His father taught at a nearby college. He was one of four children.

As a young boy, it quickly became apparent that Stibitz was something of an engineering prodigy, exhibiting a great deal of talent in both engineering and sciences. Based on this talent, Stibitz enrolled at a new high school that specifically concentrated on these areas.

After performing well in high school, Stibitz attended Denison University, where he graduated in 1926. Continuing his education, Stibitz attended Union College and earned a Master’s degree. He worked briefly before enrolling at Cornell University, where he obtained his Ph. D. in mathematical physics. Stibitz completed his studies in 1930 and began work shortly afterward at Bell Labs.

The most notable time of Stibitz’s career was his time at Bell Labs, where he worked from 1930-1941. It was during this time that Stibitz came up with some of his most well-known inventions, including the Boolean Logic Digital Circuits, Digital Computer (also known as the Model K computer), and Complex Numerical Calculator. All of these inventions would prove to be massively impactful in the field of computing.

During World War 2, Bell Labs allowed Stibitz to work for the National Defense Research Council, which was attached to the United States military. While there, Stibitz worked on making more powerful computers for the war effort. While there, he joined with others in creating and refining devices like the Model 1 and Model 2 computers. These computers used tape to record programs and other data, and the information they calculated would be used in firing missile trajectories.

Upon the conclusion of World War II, Stibitz left bell and became a consultant, operating in the field of applied mathematics. During this time, he continued to work on computers, and in 1954 developed the prototype of the minicomputers that are still in use today. He also worked in both the business and public sectors.

In the 1960s, Stibitz was offered a job teaching by Dartmouth Medical School. He continued his work with computers during this time, using calculations and simulations to solve biomedical issues. Stibitz worked in a variety of areas, including examining renal function, brain cell function, and more. In all of these areas, Stibitz applied his mathematical and computing skills to help better understand the function of the human body.

He retired in 1972 and was made a Professor Emeritus of physiology at Dartmouth University, a position he held until his death. During this time, he examined alternative ways of using computers. For example, in a 1990 letter to the chair of the Math and Computer Science Department at Denison University, Stibitz expressed an interest in using computers for non-verbal uses, such as art. He specifically noted that he was using computers like the Commodore-Amiga for creative purposes and that he was hoping to show that using computers could be fun.

What Did Stibitz Do and Invent?

Stibitz invented the Boolean Logic Digital Circuits – or relays – in 1937, during his time at Bell Labs. These circuits could be placed in an open or closed position. Electricity would then flow through the device, depending on the position. This circuit could be used to manage and operate many types of circuits, including telephone circuits. It was seen as critical in the development of digital and communication technology during the 20th century. 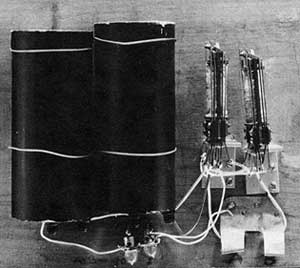 The Boolean Logic Digital Circuits would also be key in the development of the first digital computer, or K Model. This primitive device consisted of lightbulbs, circuits, and metallic strips. There were two bulbs that operated in binary, so one bulb represented “1” and the other “0.” Stibitz was able to use this “computer” to perform basic mathematical functions.

The device originally did not make an impression on Stibitz’s superiors, but as financial pressure increased on Bell Labs, they would change their minds, ultimately funding the construction of a larger computer. By 1940, a larger version of the computer that could handle more complex mathematical computations was created. This calculator could answer questions at 100 times the speed of humans.

In 1940, Stibitz used the Complex Numerical Calculator to receive questions and give the answers over a telegraph, marking the first time that data had ever been transmitted in such a way. This was the forerunner for the modern fax machine.

Stibitz had two children, both daughters, named Mary and Martha.

In addition to his kids and wife, Stibitz was survived by two sisters, a brother, and a granddaughter.

After spending the last year and a half of his life in declining health, Stibitz died in his New Hampshire home at the age of 90.

The IEEE Emanuel R. Piore Award is given to individuals who have significantly advanced the cause of technology for humanity. Stibitz won this award in 1977 for his contributions to computers, and specifically his contributions in binary, operating computers from a remote console, and floating-point arithmetic.

The National Inventors Hall of Fame bills itself as the ultimate hall of fame for inventors who have made major contributions to society. Stibitz was inducted in 1983 as a result of his invention of the first digital computer.

This award is given to individuals from the IEEE Computer Society based on either a single contribution to the field of computing or the entire body of their work. Stibitz was inducted in 1965, making him only the second person to ever receive this award.

Mathematics and Computers was co-authored by George Stibitz and Jules Larrivee. It was 228 pages and dealt extensively with numerical analysis and computing in general. It was published in 1957.

Stibitz has since been the object of extensive study by individuals within the computing field and is mentioned in many books. He also had 38 patents in his name, and those patents are separate from the ones he earned while working at Bell Labs.

Who is George Stibitz?

George Stibitz is a famous American inventor and computer engineer who helped to create the first ever digital computer.

What did George Stibitz invent?

Who built the Model K computer?

George Stibitz is responsible for building the first Model K computer, so named because he built the original device on a kitchen table.

What did the Model K computer do?

The first Model K computer was only capable of doing basic addition and subtraction. Later constructions could perform more advanced math equations and was called the complex numerical calculator.

What year did George Stibitz finish his complex numerical calculator?