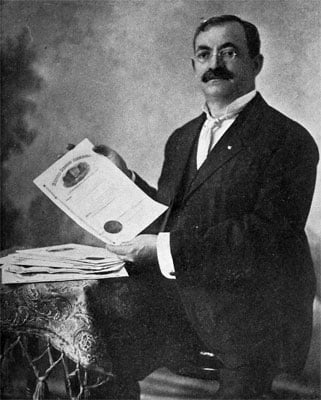 It seems Charles Schachan Labofish was from a German Jewish family, but he was born in Odessa, Russian Empire, in April, 1861 (most probably as Карл Лейбовиц). In 19th century Odessa was an important Russian town with a large Jewish population.

In middle 1880s the family of Charles Labofish led an easy life in Odessa, and Charles worked as a main representative of Singer Corporation, the famous American manufacturer of sewing machines. It was not long, however, before they had troubles.

They spent some time in Dunayevtsy (Dinovitz), another Russian town with a large Jewish population, where on 20 November 1887 was born their second child—Louis Willard. In 1888 they moved to Germany, and immigrated to America, settling initially in New York, then in Pennsylvania and Washington, D.C.

In USA the family had two other children—John Paul (1896-1956) and Lillian Ethel (1898-1988). John Paul Labofish became a lawyer in Washington, and he was the grandfather of the famous American actor, filmmaker, and screenwriter Sylvester Stallone. 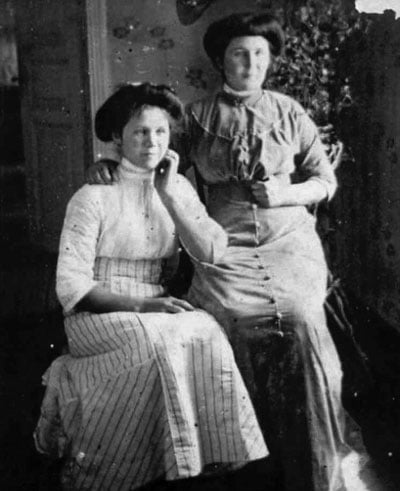 In 1890s Charles worked in a bicycle show in Washington, and invented some devices for bicycles, like cyclometer and indicating device, as well as several calculating devices (see calculating machines of Labofish).

Later Charles Labofish worked as a district judge, and attorney and counselor in patent causes. In 1911 he published a book, How to win fortune by inventing

Early in 1916 we found Charles Labofish in Chicago, where he got a divorce from his first wife and later he married Mary Watson Zimmerman (b. 1891:-) on 30 March 1916 in Lake County, Indiana.

The Macintosh, or Mac, is a series of several lines of personal computers, manufactured by Apple Inc. The first Macintosh was introduced on January 24, 1984, by Steve Jobs and it was the first commercially successful personal computer to feature two … END_OF_DOCUMENT_TOKEN_TO_BE_REPLACED