William was interested in mechanics and construction of machines since his youth, but eventually worked as a minister.

William Hopkins lived in Bourbon County, Kansas, since 1874/1875, where he served as a minister, before to move with his family to St. Louis in 1885, accepting the position of a chaplain and then a pastor of St. Louis Second Christian Church. He continued to invent during those years, trying to find better ways to make an adding machine. In the 1890s, he left Second Christian Church and became assistant editor of the company, that published the weekly newspaper The Christian Evangelist

In the early 1900s William Hopkins founded Standard Adding Machine Company, based on Spring Avenue, St. Louis (later became New Standard Adding Machine Company), which was the first company to release to the market a successful 10-key adding machine, launched in 1902. The Standard machine achieved a big success because it was much less expensive to manufacture and simpler to use. 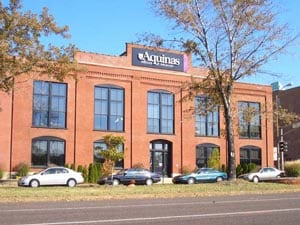 William Wallace Hopkins died on 10 November, 1916, in Saint Louis, Missouri, and was buried in Zion Cemetery.

The Macintosh, or Mac, is a series of several lines of personal computers, manufactured by Apple Inc. The first Macintosh was introduced on January 24, 1984, by Steve Jobs and it was the first commercially successful personal computer to feature two … END_OF_DOCUMENT_TOKEN_TO_BE_REPLACED