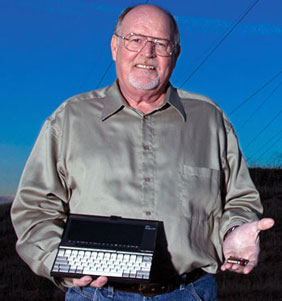 In 1987, the Texas Instruments’ engineer John Fairbanks (EE’71 from Missouri University of Science and Technology) started Poqet Computer Co. with his former TI coworker Stav Prodromou (which became president of Poqet, while Fairbanks was a vice-president), and Robb Wilmot (former chairman of ICL, the largest British computer company) in the spare room of a colleague’s house in Sunnyvale, California.

The engineering team included John Fairbanks, Leroy Harper, Ian Cullimore and Shinpei Ichikcawa. Fairbanks and his partners created the remarkable TI-30 calculator in 1970s, and using their experience they were able to build a remarkable sub-notebook computer. 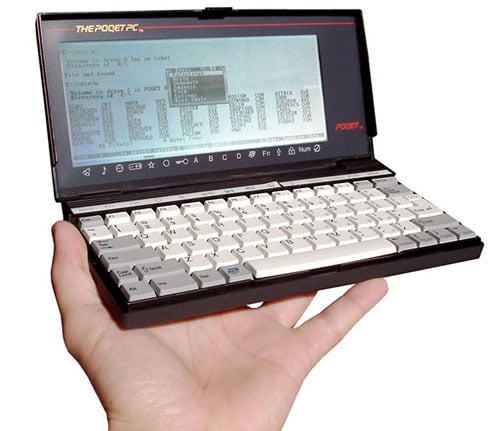 RS-232 and parallel ports are provided by using special cables. 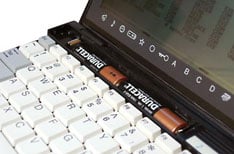 The Poqet PC was a revolutionary machine, as regards its power consumption. It was powered only by two standard AA-size batteries, which can feed the machine for up to 100 working hours, but using an aggressive power management, which includes “sleeping” (stopping the CPU) between keystrokes and other actions, slowing down and reducing the voltage whenever it is possible, these batteries were able to power the computer for anywhere between several weeks and a couple of months, depending on usage. The computer also uses a special “instant on” feature, such that after powering it down (i.e. hybernating), it can be used again immediately without having to go through a full boot sequence.

The machine was launched to the market in March, 1990, initial price was 1995 USD. Fujitsu Co. initially provided financing support and owned 38% of Poqet Computer, but they eventually bought 100% of the company, and then released the Poqet PC Plus, which has 2MB RAM and a rechargeable battery, among other improvements. Later Fujitsu moved off in other directions, leaving the Poqet PC behind. 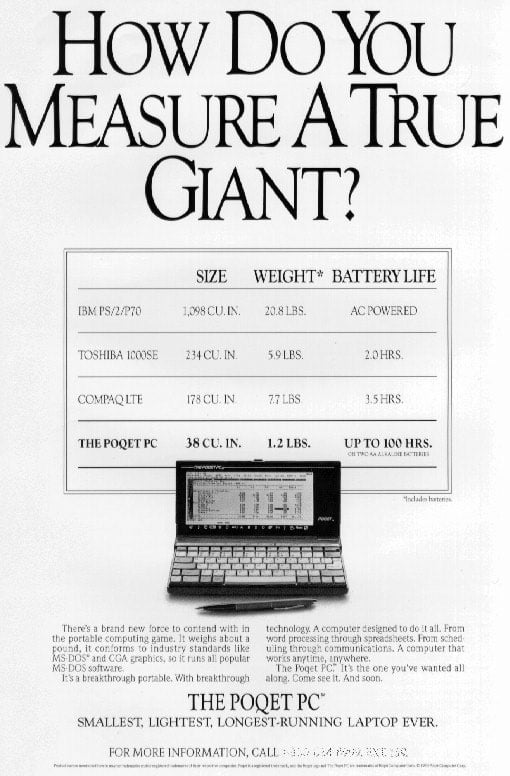