The History of Mac OS: A Complete Guide Mac OS is the original proprietary operating system of Apple Inc., the company founded […] 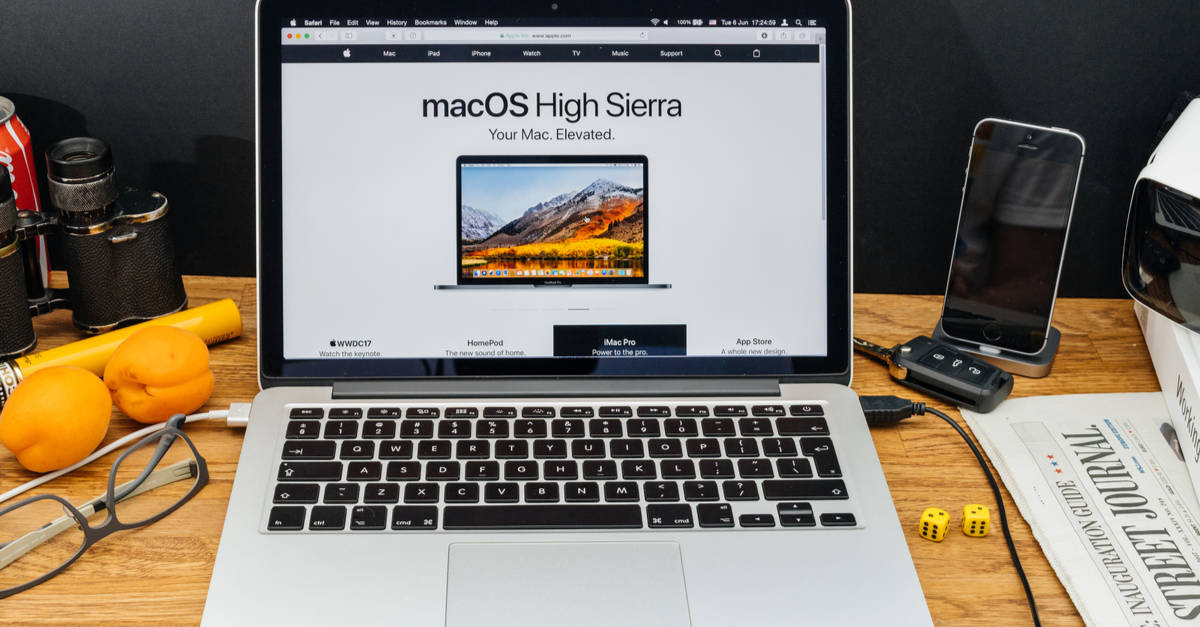 The History of Mac OS: A Complete Guide

Mac OS is the original proprietary operating system of Apple Inc., the company founded by Steve Jobs, Steve Wozniak, and Ronald Wayne in 1976. Although there are earlier operating systems associated with Apple Inc. and Apple computers, the first official reference to Mac OS came with the public beta release version known as “Kodiak”. Kodiak was released in the Autumn of 2000 after Apple implemented much of the user feedback they had received from previous iterations, but the public beta license expired in the Spring of 2001 as version 10.0, also called “Cheetah” was released. Mac OS was initially designed with the intent to replace the classic operating system used in the earlier Macintosh computers first developed in the 1980’s. The main software architect behind Mac OS is Andy Hertzfield, who created much of the original kernel and desktop applications. The operating system’s icons were created by Susan Kare. The famous Finder and System Utilities applications were mainly developed by Steve Capps and Bruce Horn.

The release of 10.0 / Cheetah marked the beginning of the “10.x” series of Mac OS software releases. Cheetah also started the trend of Apple Inc. naming the operating systems after big cats, where the company also iterated through version names like Lion, Snow Leopard, and Tiger. This trend went on for just over a decade until version 10.9 released with the name “Mavericks”. Just a year later a new trend was born as Mac OS versions were named after geographic locations and features starting with Yosemite, then going into names like Sierra, Mojave, and Big Sur. Apple Inc broke another trend with the release of Big Sur in that the version number was now 11, and no longer the trend of 10.x. After Big Sur comes the latest version of Mac OS: Monterey. Monterey’s release date was in June of 2021 and is set for release in November. The main updates enhance functionality features from previous versions.

What Is Mac OS: Explained

Mac OS at its root is an operating system, which is a software built to control a computer’s most basic tasks. These tasks include being able to use both the command line interface and graphical interface to make new desktop shortcuts, connect to WiFi, and manipulate other applications on the device. What makes Mac OS different from other operating systems is that Mac OS is specifically designed to work with the hardware it runs on. Because Mac OS comes standard on Apple computers, Mac OS is meant to work seamlessly with the Apple suite of products; this includes iCloud, iPhone, and so on.

How To Use Mac OS

Using Mac OS is fairly similar to using other popular operating systems. Assuming you were just handed a brand new Apple computer such as a MacBook Pro with no prior experience with such a device, you’ll need to set it up. Once you power on the computer you’ll recognize the Apple logo while it runs through a list of boot procedures in the background. Shortly after it turns on you’ll need to connect to WiFi so the computer can connect to the Internet and confirm the additional information it will be requesting from you. One of the tasks you’ll need to complete is either sign in using your Apple ID if you have one, or create one. Mac OS is only able to connect so seamlessly to other Apple products like the iPhone by using an Apple ID to access different devices and services.

Once you’ve got your new personal computer setup you’ll be able to freely use the interface. You’ll see a toolbar along the bottom of the screen with various icons such as Finder, Safari, Launchpad, and Notes. A white dot will appear under any of those applications that are open or being used. The top right portion of the screen will show items such as the time and date, battery level, WiFi connection, and a small control panel that allows you to control all the previously mentioned items, as well as the screen brightness and computer volume. On the top left of the screen is an Apple icon and various controls for whichever application is being used currently. If no applications are being used the bar will display options for Finder by default.

The Apple icon is important. Clicking on this icon gives you options to shut down, restart, or lock your device. You’ll also use this icon to access information about your device, such as whether the device is using the latest version of software, as well as access the App Store to download more software.

How To Learn Mac OS

There is so much you can do with Mac OS it’s virtually impossible to learn it all from any one source. Apple Inc has many articles and videos to help users learn how to get the most out of their devices. There’s an active community in Apple forums dedicated to helping users troubleshoot issues that may arise. Apple even used to host in-person learning sessions to teach people how to use the software on Macintosh devices. Outside of official Apple resources are a plethora of other articles and videos posted by users, enthusiasts, and tech reviewers alike. Additionally, many applications built into Mac OS will have some type of small user guide to get you started.

If you have any trouble locating specific applications or files on your Macintosh device you can always use the Finder tool. Finder can be accessed either by clicking on the Finder icon in the toolbar along the bottom of the screen, or by pressing the Command and Spacebar keys simultaneously as a keyboard shortcut to access Spotlight.

The Difference Between Mac OS and Windows

At first glance it may appear the only real differences between Mac OS and Windows are their aesthetics. They both have command line interfaces and graphical user interfaces, they both have a voice assistant built into the operating system (Mac OS uses Siri and Windows uses Cortana), and they both have file systems that allow users to download, store, and delete anything from spreadsheets to third-party software. However there are some major differences in the underlying operating systems.

The biggest difference between the two is what each operating system is designed for: Windows was designed to be able to operate on a multitude of different devices manufactured by different companies. You’ll find Windows 10 on just about any computer from Dell, HP, Lenovo, and a whole list of other devices. This operating system was specifically designed for Apple computers. While it’s not technically impossible, it’s highly unlikely you’ll find Mac OS running on anything other than a Macintosh manufactured by Apple.

Another difference is the age of each operating system. While Apple has had previous operating systems on their older devices, the official Mac OS was only released in 2000. Windows as an OS has been around since 1985. Both have consistently made improvements to their software, but one is clearly newer.

The two operating systems also differ in third-party compatibility. Mac OS has certainly been gaining popularity in the past several years, but Windows OS still has the majority of market share. For this reason many software developers create products geared towards Windows OS users over Mac OS. Don’t let this be a deterrent to using Mac OS though, as there is usually a similar software available for Mac users. For example VMware has their own hypervisor management software released specifically for Macs called VMware Fusion.

One final and important difference between the two operating systems are their underlying file systems, which determines how the operating systems store, retrieve, and interact with data. Windows uses FAT (File Allocation Table), exFAT (Extended File Allocation Table), and NTFS (New Technology File System). This file system evolved over time due to file size constraints until NTFS was developed without size limitations. Mac OS uses the Apple File System (APFS). While FAT files systems are not compatible with Mac OS, exFAT is to some extent. NTFS is also somewhat compatible with APFS, though Mac OS allows read-only permissions for NTFS data.

Who created the Mac OS?

Mac OS is a product of Apple Inc. The main developer behind Mac OS is Andy Hertzfield.

When did Mac OS come out?

Mac OS released the first beta version called Kodiak in 2000. This was replaced just a few months later by Cheetah 10.0.

While Apple computers used a previous OS in earlier years, the official Mac OS only released in 2000. Windows has been releasing improvements of their same OS since 1985.

What is the evolution of Mac OS?

Since the initial release in 2000 Mac OS has released an upgrade almost every single year with few exceptions. The first several releases were named after big cats such as Puma, Lion, and Tiger. The naming convention then shifted to geographic locations such as Yosemite, Big Sur, and Catalina. Additionally noteworthy in the evolution of Mac OS is the numbering convention: the first sixteen releases follow the convention of 10.X, where the latest version and the coming release move up to the next whole number to be 11 and 12.