Who Is Larry Ellison? Larry Ellison is the co-founder of Oracle, the massive technological and computing business. The company is known for […] 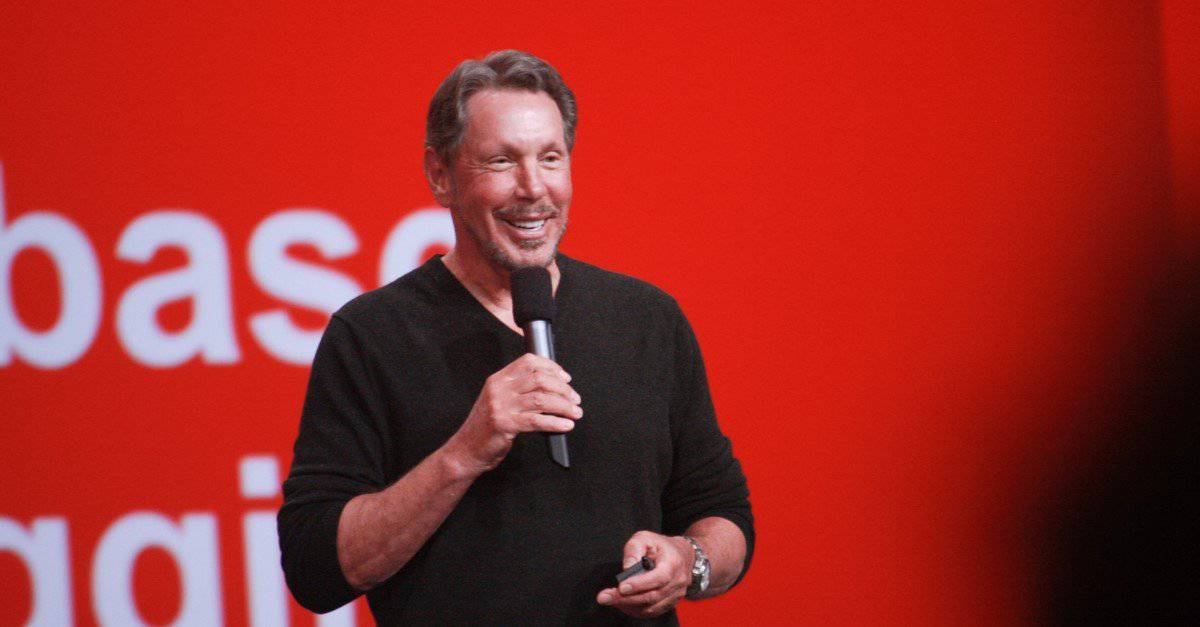 Who Is Larry Ellison?

Larry Ellison is the co-founder of Oracle, the massive technological and computing business. The company is known for a variety of technological innovations, including database management, cloud technology, and more. Ellison transformed Oracle into a massive company, and in so doing, made himself one of the richest people in the world.

Ellison was born on August 17, 1944, in New York City. His mother was a single woman, and his father was a pilot in the United States Air Force. Ellison was sick as a child and contracted pneumonia at the age of nine months. The ordeal proved too much for his mother, who gave the child up to his Aunt and Uncle.

Ellison was raised by his Aunt and Uncle, who served as his adoptive mother and father. He grew up in Chicago in a middle-class background: his adoptive father worked for the government and was able to provide for the financial security of both Ellison and the rest of his family.

Ellison originally attended the University of Illinois as a pre-med student but transferred to the University of Chicago, where he studied physics. While there, he was first exposed to computers, and he quickly became interested in the field.

At 22, he moved to Berkley, where he worked for the company Ampex.

One of Ellison’s first jobs as a young man was to work for the Ampex Corporation, where Ellison did database management and computer programming. This job would form the seeds for Ellison’s eventual founding with the Oracle Corporation, with a database he worked on for the CIA actually serving as the inspiration for the name Oracle.

While working at Ampex, Ellison would meet Ed Oates and Bob Miner – the three would eventually found Software Development Laboratories, the forerunner for Oracle.

Software Development Laboratories was the forerunner for Oracle and was founded by Ellison, Oates & Miner in 1977. The company originally built software and database management software, seeking to work with IBM to develop databases that worked with their systems. One of its first products was the Oracle Database 2, released in 1979. The company continued to expand its product offerings, expanding into additional hardware, software, and consulting services.

Software Development Laboratories changed its name to Oracle Systems Corporation in 1983 and would be known as some variation of Oracle from this point forward.

In the 1980s, Oracle entered new markets, creating database products for Windows and Unix and entering an increasingly competitive marketplace. Oracle would continue to grow and expand under Ellison’s leadership, and from here, Ellison would become known for a variety of personal characteristics, including an intense competition and leadership style.

As time went on, Oracle’s product offerings grew. They would eventually expand to a slew of database management, middleware, Enterprise options, applications, development software, and more.

All of this made Ellison a rich man. His salary and stock options vaulted him into billionaire status in the 1990s, and he would eventually become a board member of a variety of highly prestigious companies, including Tesla and Apple.

What Is Larry Ellison Best Known For?

There is no question that Ellison is best known for his time as the co-founder and leader of Oracle. During his time, Ellison created a company that has become a tech giant and made himself one of the richest men in the world in the process. He dominated all competition, merged and bought companies, and has become outspoken about his aggressive leadership characteristics.

Ellison has earned extensive wealth over the course of his career and he has spent it in many extravagant ways. This includes:

Despite this, Ellison remains committed to philanthropy. He took Warren Buffet’s “Giving Pledge,” vowing to give up 95% of his wealth to charity upon his death.

As noted above, Ellison has made many jet and yacht purchases. He is a certified pilot. He has also been known to enjoy other sports, including yacht racing.

Ellison’s yacht, jet, and motorcycle purchases have sometimes put him in physical danger. In 1992, Ellison shattered his elbow as a result of a motorcycle crash. In the aftermath, Ellison became more interested in medical research, donating millions of dollars to the field and ultimately resulting in him winning multiple awards for his commitment to this area. Indeed, from a philanthropic sense, one of Ellison’s defining characteristics has been his interest in this area – an interest unquestionably influenced by his personal experiences.

As of September 2021, Larry Ellison’s net worth was estimated to be $116.1 billion. This net worth made him the 10th richest person in the world as of January 2021.

Ellison has been married and divorced four times, but has never been married to a spouse for more than seven years.

Ellison had two children with his third wife, Barbara Boothe, who gave birth to a son and daughter. Their children, David, and Megan Ellison are both film producers.

Ellison’s life was filled with tragedy, and Ellison has noted that these tragedies – and his ability to overcome them – helped lead him to the person he is.

Ellison was born to a single mother who gave him up when he was a baby. He did not meet his mother again until he was 48 years old. His adopted mother – who was actually his Aunt – died when he was attending the University of Illinois, and this was responsible for him dropping out of college.

Rebel with a Cause

In 2019, Ellison won the Rebel with a Cause award, given to Ellison on behalf of his extensive work to raise money for medical research and his Foundation.

In 2011, Ellison won the Distinguished Medical Informatics Award from the Friends of the National Library of Medicine. The award was given to Ellison as a result of his efforts to advance health in the world.

Many books have been written about Larry Ellison, but he has not published any books or other artistic works.

What did Larry Ellison invent?

Ellison didn’t invent anything, per se. However, by founding Oracle, he accelerated many trends in computing, including the ability of databases to connect to each other via relational models and sorting.

No. Ellison was born to a single mother and given up for adoption as a young child. He has described his upbringing in Chicago as solidly middle class, and while he was certainly not poor, he was by no means wealthy.

How did Larry Ellison make his money?

Ellison first made his money by the founding of Oracle. However, he has since expanded his financial portfolio and invested in many other companies, further increasing his wealth.

What percentage of Oracle does Larry Ellison own?

As of today, Ellison still owns 35% of oracle.