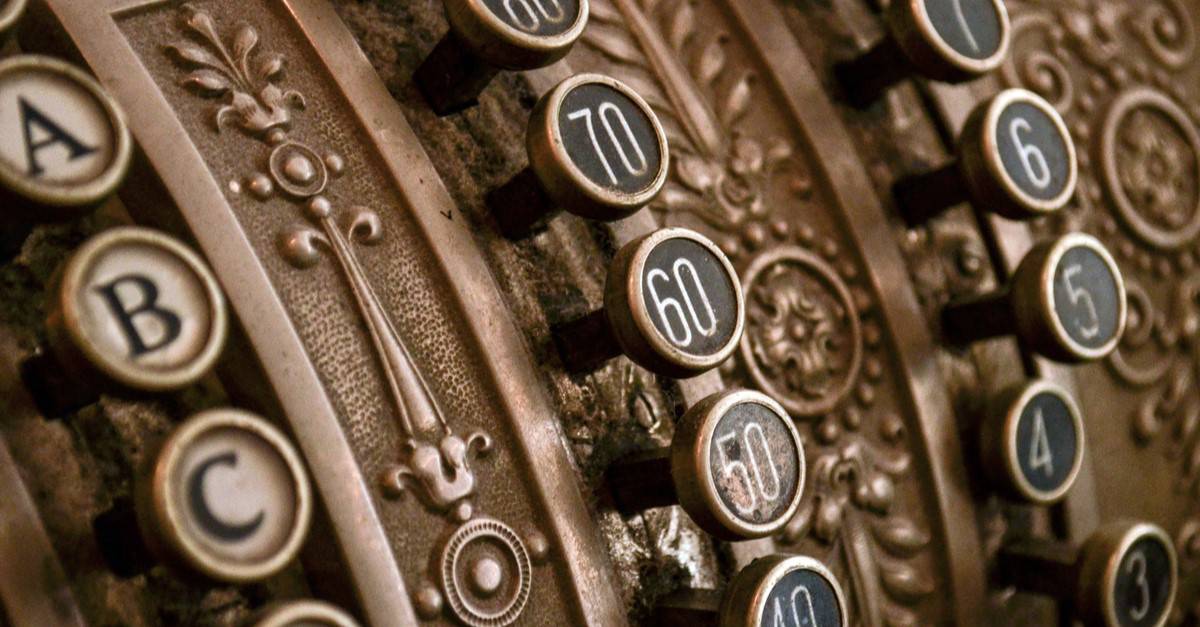 Who was John Henry Patterson?

John Henry Patterson was an industrialist entrepreneur of the late 1800s. He is known for his investment into and eventual purchase of the National Manufacturing Company and the rights to James Ritty’s Incorruptible Cashier”. He renamed the company into the National Cash Register Company, still in operation today.

Between the years 1910-1930, around one-sixth of business executives in the United States were former National Cash Register Company executives. At the time, NCR was producing the standards for sales training and business methodology that many treated as a business school. It was also widely known that Patterson was quick to fire employees over anything he deemed worthy. The solid sales education and practical training of working for NCR combined with Patterson’s habit of letting people go furthered the idea that NCR was a place to learn and grow before moving on to better things.

Along with his contributions to the modernization of sales procedures and business education, Patterson was known as a local hero to the people of Dayton, Ohio for his actions during the Great Ohio Flood. When the city flooded and the citizens were stranded on upper floors and rooftops, NCR, following Patterson’s direction, manufactured 300 flat-bottom boats for Patterson’s rescue operation. He then organized teams to utilize the boats and rescue thousands of stranded people.

John Henry Patterson was born in Dayton, Ohio in 1844. His childhood was spent working the family farm and his father’s sawmill. The tight control his family had on their wellbeing and wealth instilled a great need for near tyrannical control of his life.

Patterson attended Miami University and graduated from Dartmouth College in 1867. He took a job as a canal toll collector after his graduation until 1870. It was that same year he took a job managing the Southern Ohio Coal and Iron Company. While it was later in his life, the time he spent working there acted as further education and training in the field for what he was yet to do. At thirty-eight years old, Patterson made the decision to put his accrued wealth to work for him.

Patterson left his post as a toll collector to be the manager of the Southern Ohio Coal and Iron Company. While Patterson is known for his actions as the owner of NCR, he spent an entire decade managing this company. This position furthered his experience as an industrialist and provided the wealth he needed to venture out on his own.

As a general manager, Patterson was in charge of the company store. This involved inventory management, sales calculation, payroll, etc. The brothers ran a successful business. The store’s ledgers showed that the company should have been making $12,000 a year in profit. In reality, the store was losing $6,000 a year due to the untrustworthy clerks.

In 1882, Patterson caught wind of a device named “Ritty’s Incorruptible Cashier”. At the time, James Ritty had been unsuccessfully selling a revolutionary technology. The blend of managing a saloon in Dayton, Ohio, and a manufacturing company proved to be too much for James Ritty. So in the coming years, Patterson decided to offer a bid on Ritty’s patent. Ritty took the deal and returned to running saloons.

With the purchase of Ritty’s patent for the “Incorruptible Cashier”, Patterson moved to purchase the National Manufacturing Company with his brother in 1884. He wanted direct control of both the patent and the production. He renamed the company the National Cash Register Company, NCR.

The National Cash Register Company went on to control the majority of the market for cash register sales. Innovations brought from the many brilliant minds to have worked for the company placed the NCR products on the top shelf. NCR’s cash registers easily controlled one-third of the market.

Patterson commanded every aspect of his business. He had a vision for what was best for his company and the city of Dayton, Ohio. He was not only an industrialist pioneer but also a conscious humanitarian. He believed in creating a healthy environment in the workplace. He promoted the personal growth and education of his employees. In time, the practices put in place by Patterson would give NCR a reputation as a business school.

Some of the amenities Patterson provided to his employees were actual chairs for machine operators, indoor bathrooms, clean air ventilation, and an on-site infirmary. While some of this may seem essential in a modern sense, it was revolutionary at the time. His compassion for his company and the people that made it up were well known.

As part of Patterson’s efforts to better his company, he created an intricate system of management to allow him to monitor and train company salesman. This included assigning trainees territory and memorizing sales scripts. In time, Patterson began to hold conventions and put on thematic sales contests to pressure his sales team to snuff out the competition.

Patterson’s program was the first of its kind and is largely claimed to be the first sales training school. It was hosted on the grounds of the NCR factory campus at Sugar Camp in Dayton, Ohio.

During this period of training operations, NCR hosted some of the generation’s most brilliant. Thomas J. Watson Sr, who later became president of IBM, Charles F. Kettering, an American inventor and engineer who is known for his automotive developments such as the electrical starting motor, and Edward A. Deeds, an American engineer who founded Dayton Engineering Laboratories Company, all started their careers at the National Cash Register Company underneath John Henry Patterson.

This program was so successful that between 1910 and 1930 nearly one-sixth of the business executives working in the United States were former NCR employees.

A great flood drowned the city of Dayton in March 1913. The event was aptly named the Great Dayton Flood. Waters rose from the Great Miami River and stranded the city’s people on their rooftops or upper floors of the building they occupied at the time. The natural disaster is considered to be the greatest to have happened in Ohio history.

As his beloved city was under nature’s siege, Patterson put his company to work to help. He ordered NCR to begin the production of float-bottom boats for citizen rescue. He continued by organizing groups of rescue teams with area coverage much like his sales systems. In the end, the company put together 300 boats and rescued thousands of stranded individuals. NCR and Patterson’s response to the event garnered a serious public following and earned Patterson the title of hero.

One of the challenges presented to James Ritty in selling his model of the “incorruptible cashier” was the existence of knock-off products. In fact, the messy business of dealing with patent claims and copyright law was a large contributor to Ritty relinquishing his patent to Patterson. Patterson, however, was much more apt in dealing with legal issues and claims. He went about issuing his own copyright and patent lawsuits against other cash register manufacturers.

Patterson’s strong competitive nature drove him to push hard against competitors. James Patterson, Thomas Watson, and twenty-six other NCR executives and managers found themselves guilty of violating the Sherman Antitrust Act by using illegal anti-competitive sales practices. The group was sentenced to one-year imprisonment. The public strongly lauded the decision due to their view of Patterson and NCR as heroes of the Great Dayton Flood. A Dayton newspaper even reported quote “it rained as if the windows of heaven had opened.” There were even public efforts to have them pardoned by President Woodrow Wilson.

NCR’s management executives never received a pardon. However, in 1915 their convictions were overturned on the grounds that evidence from the defense should have been admitted.

What Is John Henry Patterson Known For?

John Henry Patterson is known for many achievements. He revolutionized sales training. He recreated the factory environment and introduced the idea of daylight factories. He hired, trained, and fired some of the most brilliant minds of his era, multiple times. He advanced and popularized the sales transaction process with the refined “Incorruptible Cashier” known as the cash register.

He cared about the people he employed. He loved the city he grew up, lived in, and was buried in. His contributions to bettering the city and society spread throughout the country and helped to humanize the industrial environment. These very characteristics earned him the John Scott Legacy Medal for providing inventions that improved the comfort, welfare, and happiness of humankind.

Patterson was very much an industrial man who kept busy. In his middle ages, he was able to find time to start a family outside of the relationship he maintained with his brothers.

Patterson’s net worth was not publically recorded. What is known is that he was able to purchase the rights to the incorruptible cashier and the National Manufacturing Company in 1884 for $6,500. The success of the company eventually equaled four million dollars of payroll for the city of Dayton. His personal sway in the politics of city management was heavy. He was most definitely considered to be a rich man of his time.

John Patterson married at the age of 43 to his wife Katherine Patterson. Their marriage was short as Katherine passed away in June of 1894.

The Patterson’s had two children. A boy, Frederick Beck, and a girl, Dorothy Forster, were born a year apart. Frederick was born on June 22, 1892. Dorothy was born on October 27, 1893.

Patterson was widely known for his compassionate nature toward his employees, but he was also known for demanding control. He had a bad habit of firing employees over trivial manners or bad moods. In one of his quotes, he stated “anybody who can’t handle a horse can’t handle a man” as a reason for termination. While he felt that his employees should be treated well and provided opportunities for advancement, he still had the need to maintain control over his own company.

In some ways, his controlling behavior may have been the largest contributor to the actions that lead to his conviction for violating the Sherman Antitrust Act. He had a vision for his business and some even remarked that he felt it was his divine right to be the producer of cash registers to the world.

After the proliferation of the cash register, it became evident that the device improved the quality of life for businesses around the world. The John Scott Medal was created in 1816 to be awarded to men and women whose inventions have improved the welfare, happiness, and comfort of humankind.

John Henry Patterson was added to the United States Business Hall of Fame for Junior Achievement posthumously in 1979. The award was meant to honor his contributions to industrial evolution and sales practices.

Patterson was a businessman and salesman by nature. He offered a multitude of insightful quotes to pass down his business expertise.

Who was John Patterson and what was he known for?

John Henry Patterson was an innovative industrialist of the late 1800s who is responsible for the proliferation of the cash register and modern sales training. He was known for his creation of a system of education in business and controlling behavior.

What is the significance of the work of John Henry Patterson at the National Cash Register Company and what major company did it impact?

The creation and proliferation of the cash register were due to John Patterson. The transaction process that we enjoy today was developed and matured from the system created by Patterson and NCR. Cash registers and Patterson’s sales training process affected every company in existence at the time. From NCR-educated employees moving on to other prominent companies like IBM or Delco to the effect of cash registers in every storefront, there were very few businesses not affected by NCR’s work.