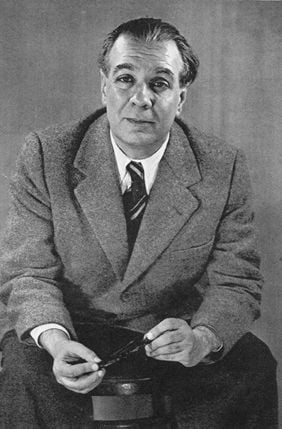 In 1939 the famous Argentine writer and librarian Jorge Luis Borges published in Buenos Aires an essay entitled La bibliotheca total (The Total Library), describing his fantasy of an all-encompassing archive or universal library.

A universal library is supposed to contain all existing information, all books, all works (regardless of format), or even all possible works. The Great Library of Alexandria is generally regarded as the first library approaching universality, in the classical sense, i.e containing all existing at the moment knowledge. It is estimated that at one time, this library contained between 30 and 70 percent of all works in existence. Universal libraries are often assumed to have a complete set of useful features (such as finding aids, translation tools, alternative formats, etc.)

As a phrase, the “universal library” can be traced back to 1545, when the Swiss scientist Conrad Gessner (1515-1565) published his Bibliotheca Universalis. At the end of the 19th century, with the development of technologies, machines, and human imagination, appeared the idea of the device of a library which is universal in the sense that it not only contains all existing written works but all possible written works. This idea appeared in Kurd Lasswitz’s 1901 story “The Universal Library” (Die Universalbibliothek), and was later developed by Borges.

In 1941, Borges enhanced his idea in the short story “The Library of Babel” (La Biblioteca de Babel), conceiving of a universe in the form of a vast library containing all possible 410-page books of a certain format and character set.

Borges’ story of a universe in the form of a library, or an imaginary universal library, has been viewed as a fictional or philosophical predictor of characteristics and criticisms of the Internet.

The narrator of “The Library of Babel” describes how his universe consists of an endless expanse of interlocking hexagonal rooms, each of which contains the bare necessities for human survival—and four walls of bookshelves. Though the order and content of the books are random and apparently completely meaningless, the inhabitants believe that the books contain every possible ordering of just a few basic characters (letters, spaces, and punctuation marks). Though the majority of the books in this universe are pure gibberish, the library also must contain, somewhere, every coherent book ever written, or that might ever be written, and every possible permutation or slightly erroneous version of every one of those books. The narrator notes that the library must contain all useful information, including predictions of the future, biographies of any person, and translations of every book in all languages. Conversely, for many of the texts, some language could be devised that would make it readable with any of a vast number of different contents.

Despite — indeed, because of — this glut of information, all books are totally useless to the reader, leaving the librarians in a state of suicidal despair. However, Borges speculates on the existence of the Crimson Hexagon, containing a book that contains the log of all the other books; the librarian who reads it is akin to God.

Now, it seems we have already the device, which can create the Universal Library, and this is the computer. We still have not provided this device with the tools (intellect in the form of software, and some hardware resources) needed for the creation of this library, but sometime or another, this will happen.