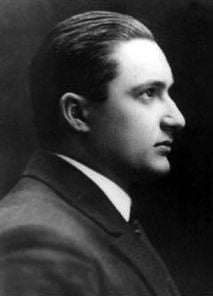 A lot of people dreamed of a machine which could read characters and numerals, but it seems the first OCR (Optical Character Recognition) device was developed in late 1920s by the Austrian engineer Gustav Tauschek (1899-1945), who in 1929 obtained a patent on OCR (so called Reading Machine) in Germany, followed by Paul Handel who obtained a US patent on OCR (so called Statistical Machine) in USA in 1933 (U.S. Patent 1915993). In 1935 Tauschek was also granted a US patent on his machine (U.S. Patent 2026329).

Tauschek was a genius self-taught Viennese engineer, with more than 200 patents in the computing field to his credit, who used to work for IBM and who besides the first OCR device, invented also many devices and systems for the punch-card machinery, as well as the magnetic drum-memory 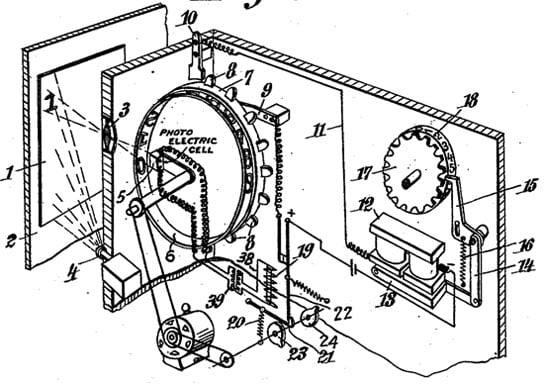 The patent drawing of Reading Machine of Tauschek

The Reading Machine of Tauschek was a mechanical device, using template matching with a photodetector (photoelectric cell, marked with on the patent drawing). A picture containing a text passed in front of the reading machine’s window (marked with ). The comparison device was a disk (or a wheel, marked with ) (which had holes in the form of letters) rotating from the interior side of the objective lens (). When images and letter-shaped holes coincided in form, the clickwork rotated the printing drum to the required letter, and this letter is printed on paper.