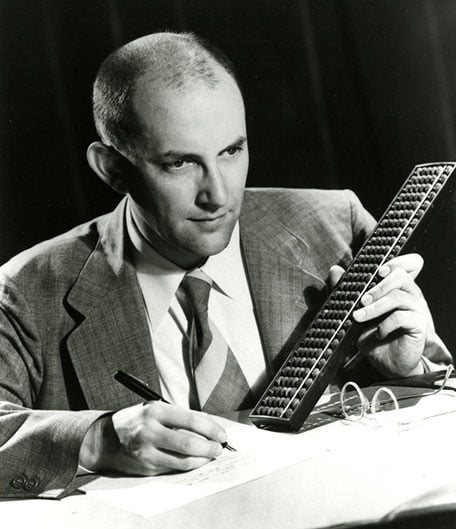 Edmund Callis Berkeley was born in Manhattan, New York, on 22 February, 1909, to William and Ellen Berkeley.

His primary school was St. Bernard’s School for Boys, an elite, private all-male elementary school in Manhattan, which Edmund attended from 1918 till 1923. After graduating he continued at Phillips Exeter Academy, a distinguished college preparatory school for boys in New Hampshire, where he was the youngest student, and graduated first in his class. There his teachers recognized his exceptional mathematical talent and directed him for individual instruction. At this time Edmund was seen as an intelligent but socially awkward boy, who did not fit in with the sons of other elite families, who made up the majority of students, some were even 5-10 years older than him.

Edmund was only 16, when he graduated from Phillips Exeter Academy, so his parents decided to give him a break before the college. For a year he lived in his family home near Columbia University, working as an instructor at St. Bernard’s School. 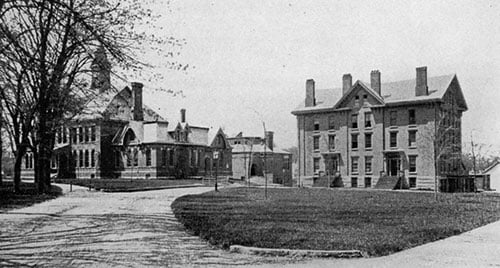 The Main building, Gymnasium and Abbot Hall of Phillips Exeter Academy in 1920s

During the time of his graduation in 1930 the Great Depression was setting in deeper, and his parents advised him to be practical and to seek a career in the business, instead of creative mathematics. As a result, Edmund pursued a career as actuarial clerk in Mutual Life Insurance of New York.

In June 1934 he married Ruth Pirkle (1899-1991) of Cummings, Georgia, a 35 years old Ph.D. in biology and teacher at Hunter College in Manhattan. At the same time he inherited over 8000 USD from his aunt. Thus the couple decided to go for three and half months honeymoon tour in Europe. They visited ten countries, including Italy, Greece, Turkey, Norway, and even Soviet Union.

Upon his return in the autumn of 1934, Berkeley took a position in the actuarial department of Prudential Insurance of America in New Jersey, where he eventually became chief research consultant. In 1937 he published an article in the magazine The Record of the American Institute of Actuaries, in which he argued for the using of symbolic logic for resolving insurance problems like analyzing risk and developing rules for writing policies.

During World War II Berkeley was given a leave for military duty. In 1942 he enlisted in the United States Navy as a Naval Reserve officer for three and a half years. Initially he was an Inspector of supply, but later he was reassigned under Howard Aiken at the Harvard Computation Laboratory, and was assigned to help run the Mark I computer. The work with Mark I was a really stimulating experience for Berkeley. 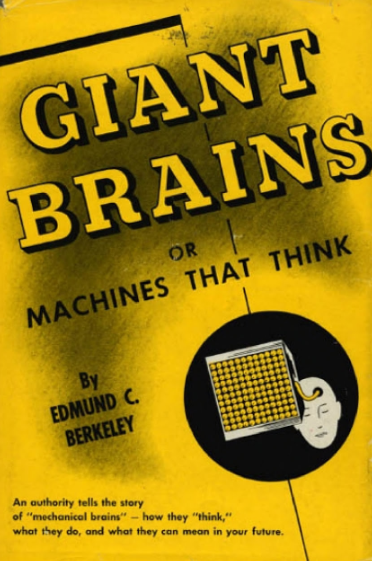 In 1946 Berkeley returned to his work at Prudential as Senior Methods Analyst, later advancing to Chief Research Consultant. He was assigned a very interesting task—to determine how the company could use the new automatic electronic equipment for data processing. However, in 1948 a change in the company management resulted in extensive reducing of his assignment, later other differences cropped up, especially regarding the book he was writing.

In 1948 he decided to become a self employed professional by being a lecturer, a consulting actuary, a publisher, and developer of computers. His newly-founded company, Berkeley Enterprises, was particularly interested in symbolic logic, computers, robots, mathematics, operations research, language, explanation

1949, Berkeley wrote one of the first books on electronic computers for a general audience, which made him famous—Giant Brains, or Machines That Think, in which he described the principles behind computers, and then gave a technical but accessible survey of the most prominent examples of the time, including machines from MIT, Harvard, the Moore School, Bell Laboratories, and others. In this book Berkeley envisioned that computers would be applied not only to mathematical and computational problems, but also to a wide range of other problems, like finding information in library, typing text from voice, translating languages, and controlling other machines. 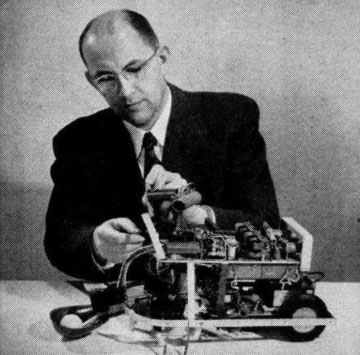 In the 1950s Berkeley devoted much efforts to developing robots and making them available to anyone, who could pay a small sum for a mail ordered kit (see the Electric Brain Simon of Berkeley). In the October 1950 issue of the journal Radio Electronics was published an article, which was an introduction to Simon and relay logic. In the next issue 12 articles were published, relating plans on how to build a computer, as well as a general description of state of the art computers.

In 1950 Berkeley founded, published and edited a journal, Computers and Automation, thought to be the first computer magazine.

Edmund Berkeley was a genius, whose eccentricities had become proverbial even before his talents were widely recognized. He died in Boston on 7 March, 1988, and was buried in Newton Cemetery, Newton, Massachusetts. He was survived by his wife, Susan, two sons, a daughter, and a granddaughter.