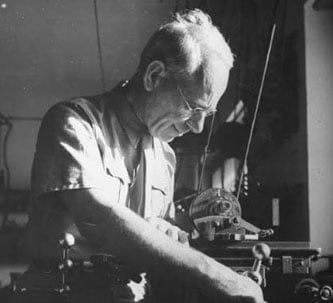 Emanuel Goldberg on the pages of Life magazine, 1943

Grigorii Goldberg (born 1853) was a distinguished and decorated Colonel in the Medical Corps at Tsar’s Army, later a Court Counselor (in the Russian Empire it was very unusual a Jew to obtain such positions, so Grigorii Goldberg must had been a remarkable man). In 1879 Grigorii Goldberg married Olga Grodsenka (born 1859), from Kovno (now Kaunas, Lithuania).

Emanuel began his life and was educated in the cultured, cosmopolitan world of the upper middle classes in late 19-th century Moscow. His teachers were German. 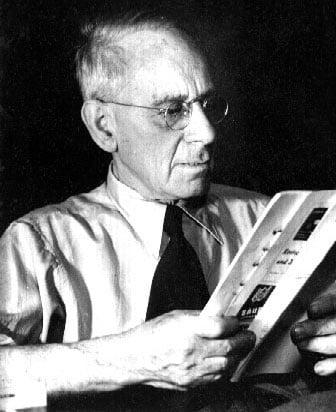 The young Emanuel was not a fast learner, had difficulty memorizing and was late in beginning to talk, but he was, by his own admission, a man with an obsession: At the age of six I was shown by a friend of the family how a lever can be used to lighten work. Since then I have been obsessed by the idea that, by using a tool, life can be made more pleasant.

To be an engineer seemed to me the highest goal. It was not easy for s Jewish boy in Czarist Russia to reach this goal. Instead of playing with my tools, I had to learn the irregular verbs of Russian, German, French, English, Greek, Latin , [Church] Slavonic and, last but not least, Hebrew for the Bar-Mitzva. I hated learning languages…

Emanuel was also interested in the natural sciences, especially geology and zoology. His secondary school (3rd Moscow Gymnasium) leaving certificate record primarily “excellent” grades, and he ranked second in his class. He then applied to the engineering degree program at the Imperial Technical School of Moscow.

However, the Imperial Technical School had a restrictive admission quota for Jewish, meaning in practice, that no more than one Jewish student would be admitted. Despite performing excellently in the entrance examination, Goldberg was not accepted (there was another Jewish with the same result, and the choice was made by a lot, Goldberg wasn’t the lucky fellow.)

Deeply disappointed by this discrimination, Goldberg enrolled instead at University of Moscow to study Chemistry. He was an exceptional student, and collaborated in research in electrochemical reactions with Alexander Speranskii, a faculty member, who specialized in physical chemistry. In 1903 Goldberg received his first patent and earned some money.

He remained in Moscow until 1904, although spending quite some time also abroad in German and English universities. In 1904 he enrolled Leipzig University for a doctoral dissertation.

In 1917 Goldberg was recruited by the Carl Zeiss firm in Jena to become a director of its photographic products subsidiary ICA (Internationale Camera Aktien Gesellschaft)[1] in Dresden where he introduced the spring-driven Kinamo movie camera. In 1926 four leading photographic firms formed Zeiss Ikon under Goldberg’s leadership until he was kidnapped by Nazis in 1933 and fled to Paris.

After four years working for Zeiss subsidiaries in France, Goldberg moved to Palestine in 1937 where he established a laboratory, Goldberg Instruments, which became the Electro-Optical Industries (“El-Op”) in Rehovot. 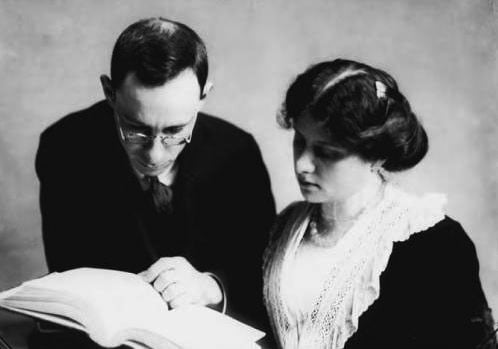 Emanuel Goldberg and his wife Sophie in 1909

Goldberg retired in 1960 but continued his research and died in Tel Aviv on 13 September 1970.