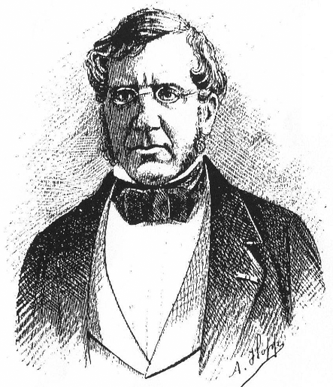 In 1843 the French watchmaker Jean-Paul Garnier (known as Paul Garnier) obtained a 6-years patent (see Brevet d’invention No. 15915) for a computer (see the lower patent drawing). The device seems to have a simple and reliable construction and a watch-like result mechanism (dials).

Jean-Paul Garnier was a brilliant French mechanic and watchmaker from 19th century. 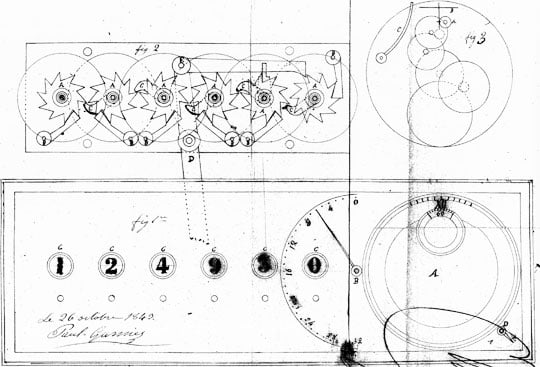 Born on 16 November 1801 in Épinal dans les Vosges (the Lorraine region), in a poor family of musicians, Jean-Paul was forced to began his professional career as 10 years old boy as an apprentice in a printing shop, then he completed a locksmith apprenticeship in Épinal and finally he became a watchmaker apprentice in Luxeuil-les-Bains.

Garnier’s passion and competence for mechanics secured him a place in 1820 in the workshop of the famous watchmakers of the time—Lépine (Lépine, Philibert and Jean-Antoine were also the creators of an early calculating machine, see machine arithmetique of Lépine), in Paris, then in the workshop the famous French clockmaker Antide Janvier (1751–1835). Five years later he started as an independent watchmaker, setting up his own workshop at Rue Taibout 8.

Paul Garnier was one of most skillful masters of his time in electric clocks (he first applied electric transmission to clocks in France in 1847 and in 1851 he received a gold medal at the Great Exhibition in London) and has numerous inventions in the field of watchmaking. Let’s mention some:
• Free escapement and winding constant force (presented to the Academy of Sciences in 1826)
• Precision regulator to astronomical data (presented at the Universal Exhibition of Besançon)
• Sphygmometer (instrument used to view with the human eye movement of arterial blood)
• Travel clocks or car accessible to everyone
• Revolutions counter
• Device that indicates the exact time of passage of the train station 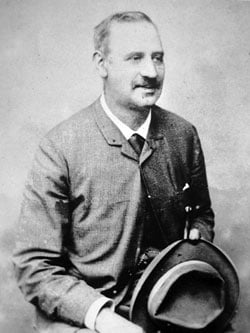 Paul Garnier is famous for providing all stations in France with station clocks. He gave his entire collection of watches and clocks in the Louvre museum, where there is nowadays a room named after Paul Garnier.

Paul Garnier was a member of the French Society of Civil Engineers and also Chevalier of the Legion of Honour. He was a jury member at the Besançon Universal Timepiece Exhibition. Many medals are awarded to him at world exhibitions including his work on electromagnetic telegraph clocks. In 1861, he was chosen by the French government to make proposals for the development and influence of the watch industry.

Paul Garnier was married to Mélanie Abel Duval and they had a daughter–Virginie (1830-1912), and a son—Paul-Casimir (6 March 1834–13 July 1916). Paul-Casimir Garnier (see the nearby photo) was an engineer and officier de la légion d’honneur, worked in the business of his father, and later became his successor together with his nephew Paul-Pierre Blot-Garnier (1871-1938).