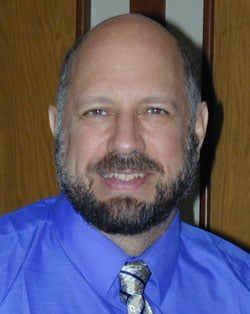 In the beginning of 1970s came a time, which was dreamed by the pioneers like Herbert Wells in his World Brain and Paul Outlet in his Universal Network for Information and Documentation. Time to establish something like a giant world library, which contains all human knowledge and is easily accessible all over the world.

If we have the storage (computers), and we have the communication media (Internet), so how can we start with this giant task. The easiest way is to collect in one place all book, published by the human beings.

Who was the first?

Michael Stern Hart (born in 8 March, 1943, in Tacoma, Washington) is the founder of the first project for digital library—Project Gutenberg, which makes electronic books freely available via the Internet.

Studying at the University of Illinois (USA), in July 1971, Hart managed to get access to a Xerox Sigma V mainframe computer in the university’s Materials Research Lab. (Hart’s brother’s best friend was the mainframe operator, so he helped). This particular computer was one of the 15 nodes on the computer network that would become the Internet.

Although the focus of computer use there tended to be data processing, Hart was aware that it was connected to a network and chose also to use his computer time for information distribution. He received an account with a virtually unlimited amount of computer time (not bad to have a friend computer operator, its value at that time has since been variously estimated at $100,000 or $100,000,000.

Hart has said he wanted to give back this gift by doing something that could be considered to be of great value. His initial goal was to make the 10,000 most consulted books available to the public at little or no charge, and to do so by the end of the 20th century.

Hart related that after his account was created on July 4, 1971, he had been trying to think of what to do with it and had seized upon a copy of the United States Declaration of Independence, which he had been given at a grocery store on his way home from watching fireworks that evening. He typed the text into a teletype machine but was unable to transmit it via e-mail. Thus, to avoid crashing the system, it had to be downloaded individually.

This was the beginning of Project Gutenberg:

Most of the early postings were typed in personally by Hart, as was the case with Declaration. He began posting text copies of such classics as the Bible, the works of Homer, Shakespeare, and Mark Twain. As of 1987 he had typed in a total of 313 books in this fashion.

Then, through being involved in the University of Illinois PC User Group and with assistance from Mark Zinzow, a programmer at the school, Hart was able to recruit volunteers and set up an infrastructure of mirror sites and mailing lists for the project. With this the project was able to grow much more rapidly.

Today project is available at www.gutenberg.org. Its e-texts are produced (usually scanned) by Project’s many volunteers. The collection includes public domain works and copyrighted works included with express permission.

As of December 2009, Project Gutenberg claimed over 30000 (most of books are English language, but here are also books in French, German, Finnish, Dutch, Chinese, Portuguese, etc.) items in its collection, primarily works of literature from the Western cultural tradition.

In addition to literature such as novels, poetry, short stories and drama, Project Gutenberg also has cookbooks, reference works and issues of periodicals. The Project Gutenberg collection also has a few non-text items such as audio files and music notation files.

It is affiliated with many projects that are independent organizations which share the same ideals, and have been given permission to use the Project Gutenberg trademark.