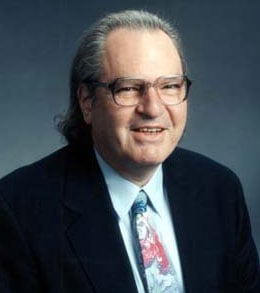 In 1971 the Ph.D. in Physics Murray Turoff (born in San Francisco, February 13, 1936), while working in the U.S. Office of Emergency Preparedness (a federally coordinated system that augments the Nation’s medical response capability), designed the Emergency Management Information Systems And Reference Index (EMISARI), which appears to be the first multi-machine chat system.

The original purpose of the system was to help exchange information on opinion surveys between networking experts and academics in geographically distributed locations, that could help the government respond to emergencies.

This system and others Turoff designed (RIMS, IRIS, PREMIS) were used for a decade and a half by the U. S. Government for crisis management monitoring of most economic disruptions (e.g., coal strikes, transportation strikes) and commodity shortages (e.g., oil, gas, fertilizer). That system also provided the first example of instant messaging in an operational environment.

In 1971, EMISARI was put to one of it’s first practical uses to coordinate policy information for U.S. President Nixon’s wage and price control program to fight high inflation. Users of EMISARI logged in to the system through teletypewriter terminals linked to a central computer, using long-distance phone lines.

The EMISARI chat functionality was called the Party Line, and was originally developed to replace telephone conferences which might have 30 or so participants, but where no-one could effectively respond and take part in a meaningful discussion.

Party Line had a range of useful features familiar to users of modern chat systems, such as the ability to list the current participants, and the invocation of an alert when someone joined or left the group.

EMISARI was written under EXEC VIII on a UNIVAC computer which had newly developed multiprocessing capabilities, making possible the new, interactive functionality that Turoff designed.

As with current online chat rooms, the system showed a list of participants and gave alerts when someone joined or left the chat. As many as 300 experts were set up to coordinate how the country would respond. EMISARI continued to be used by the US Government for management of emergency situations until 1986.