The History of Tesla: What to know Tesla has risen to success more rapidly than almost any other company in business history, […] 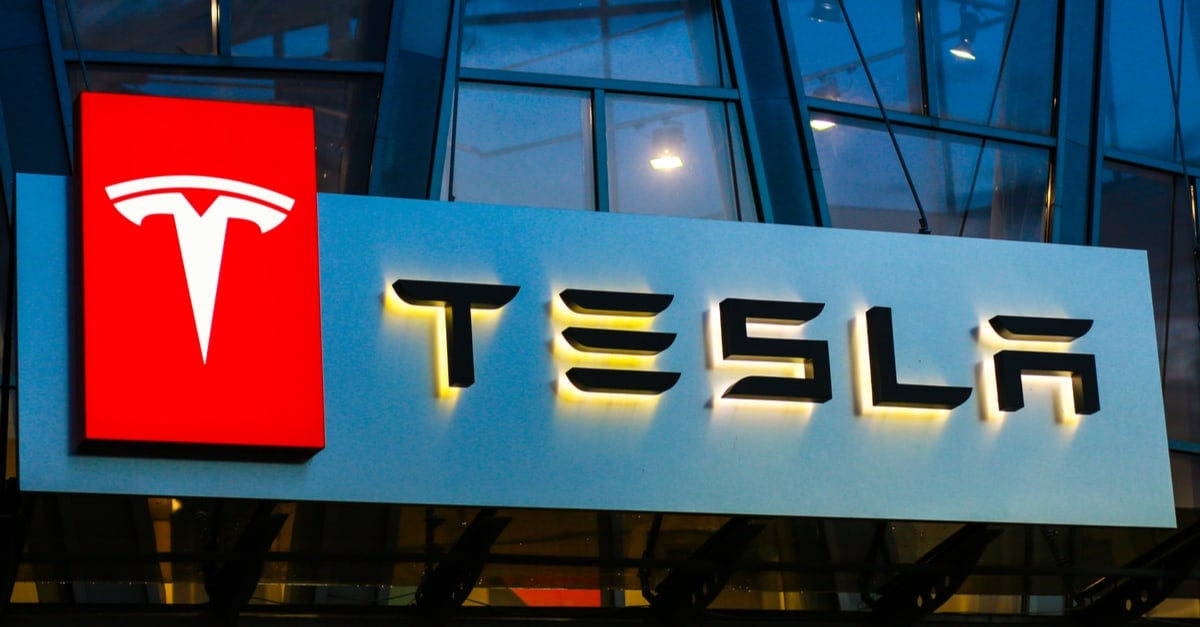 The History of Tesla: What to know

Tesla has risen to success more rapidly than almost any other company in business history, moving from creation in 2003 to a massive business juggernaut that has made its longest CEO one of the richest men in the world. The company, which started as Tesla Motors, sought to revolutionize the automobile market by creating electric cars that could be consumer-friendly and increase the sustainability of the transportation market. After naming Elon Musk as its CEO in 2008, the company began to expand its portfolio, moving more into clean energy production and solar farms.

Today, the company continues to sell electric vehicles and is known for its success in this area. However, thanks to acquisitions and its own production and innovation, Tesla has become more involved in the area of clean energy production and storage, including batteries. Furthermore, the company has become involved in the extensive business of buying and selling tax credits, using that money to turn a profit, and become more engaged in a popular secondary market.

The Founding of Tesla: How it happened

According to the company’s website, the idea behind its founding was simple: Engineers who wanted to change the way that cars were made. These two engineers – Martin Eberhard and Marc Tarpenning – founded the company on July 1, 2003. It was originally called Tesla Motors and had a much different logo than the logo it has today.

The plan was simple: Make electric cars that were more comfortable, got better miles, and of a higher quality than the currently available cars produced by their competitors. As originally founded, Eberhard was the CEO of the company, with Tarpenning acting as its CEO. The idea to create the company was largely based off the success of one of their competitors, General Motors, which launched an aborted electric car line from 1996-1999.

Like many tech companies, Tesla Motors sought private and venture capital investment in their company. One of their first and largest shareholders? Elon Musk. Tesla, of course, would be the most important aspect of the careers of many of the men involved with it, including Musk.

Tesla Through The Years

2004-2006 saw investment by Musk, and others, and the pre-design work on some of their products. Elon Musk was one of the first and largest investors in the company, putting $30 million into the business, and thus becoming the Chairman of its Board of Directors. Musk also recruited others to invest in the company, including Google.

The Roadster – the company’s first electric car – was revealed in 2006. Up until this point, the company was entirely dependent on venture capital funding to operate, and this was the first time they proposed a product that could actually turn a profit.

The roadster was notable because of its practicality: It could be used as a regular car for anyone who was interested in a more environmentally sustainable model, one that shifted more towards the use of clean energy, rather than fossil fuels. The battery used in Roadster cars was recharagable and would allow users to travel large distances at high speeds without needing to be recharged. Production on the Roadster began in 2008.

However, all was not well at Tesla, and the careers of the founders were beginning to turn. The Board of Directors of the company asked Eberhard to resign in 2007. He was moved to another position but left the company in January 2008. Tarpenning followed suit the same month. Eberhard would later sue Musk for his involvement in the change in leadership.

In December 2007, Ze’ev Drori became the permanent CEO of the company, but that wouldn’t last long, and Musk became CEO in 2008. One of his first actions as CEO was to first 1/4 of Tesla’s staff.

By 2009, the company had raised large sums of money and was beginning to produce cars. It also received a $465 million loan from the United States government.

Tesla entered the U.S. stock market in 2010 after an Initial Public Offering that was a huge success. The IPO raised $226 million that would be invested in Tesla.

During this time period, the company also began production on its California Tesla factory. In 2012, it stopped producing the Roadster and moved to its newest car, the Model S, which was billed as a luxury sedan. The Model S would break numerous sales records.

In 2014, Tesla began to work on a project that is still in development today: Its autopilot, which is designed to travel without the control of a driver.

In 2015, Tesla began to produce the Model X, a luxury SUV that was also fully electric.

Tesla’s focus began to broaden in 2016 when the company purchased SolarCity, a firm that is involved in solar energy. In doing so, Tesla formally entered the clean energy and battery market and began to directly make products to that effect. This also gave Tesla a built-in advantage over many of its competitors, as it could now directly make much of its own equipment.

In 2017, Tesla Motors officially became Tesla, reflecting the fact that the company’s focus had broadened beyond just electric cars. It also changed its logo. 2017 also saw the advent of the Model 3 sedan, which suffered from numerous production issues and delays.

After much speculation as to its location, Tesla opened a massive “Gigafactory” – one of the largest in the world – in China. Tesla has been involved in China for years and spent significant philanthropic dollars in the country. Further Gigafactories are now under construction in Germany and Texas.

What are the most important inventions from Tesla?

After the Roadster, Tesla has produced four new models: The Model S, X, 3 & Y. These cars all occupy various niches:

Most car companies have produced much more than five models, yet Tesla has not, and has still become the highest valued car company of all time, far outstripping its competitors in terms of market capitalization.

Buying a Tesla can be done in one of two ways. First, users can do so over the internet and order a Tesla to be delivered to their home. They can also purchase a Tesla at any number of dealerships that are located throughout the country. Unlike many of its competitors, Tesla has numerous locations that are located in more traditional retail venues, like malls. Of course, these facilities tend to be located in upper-end shopping centers.

There is also a market for used Teslas. These can be purchased directly off of the Tesla website.

Tesla allows users to finance the purchase of one of their cars. This can be done with a loan that can be for 3-6 years. Teslas can also be leased for 2-3 years. Like any financing application, Tesla loans require a credit check.

How does Tesla make money?

Tesla primarily makes money via the production and sale of its electric vehicles. However, of late, it has expanded its profit centers. It also sells tax credits that it has been awarded from the government on the secondary market. These sales actually helped Tesla turn their first profit ever in July 2021.

Tesla has made numerous acquisitions as its market capitalization has continued to grow. Typically, these acquisitions have not served to buy out competitors, but instead to give Tesla a foothold in a new industry and provide the company with additional expertise.

In August 2016, Tesla announced that it had come to an agreement to purchase SolarCity for $2.6 billion. The sale would allow Tesla to get directly into the energy production business and use SolarCity’s production directly with its energy storage technology. Tesla said it expected to save $150 within the first year of the sale.

Perhaps the most infamous of Elon Musk’s tenure as Board Chair of Tesla occurred in August 2018, when Musk tweeted that he was considering taking Tesla private when the stock hit $420 a share. He also tweeted that he had set up the funding to do so.

No such funding was in place, and planning was in the early stages, at best. The tweets spiked Tesla’s stock price, and the SEC found that Musk’s tweets violated the law. As a result, Musk and Tesla paid a $20 million fine, came to an agreement that any statement Musk made about the company would be vetted through lawyers first, and forced Musk out as the Chair of Tesla’s board. He remained the CEO.

Musk never admitted any wrongdoing as part of the settlement.

As of 2021, Tesla was facing over 1,000 lawsuits over a range of issues, including data breaches, worker conditions, manufacturing issues, defective products, deaths caused by their autopilots, and more.

One of the lawsuits came from Tesla founder and CEO Martin Eberhard. After his 2008 ouster, Eberhard sued Tesla and Musk, arguing that the company and Musk himself had lied about the reasons for their departure and caused serious damage to Eberhard and the careers of many others involved. The suit was ultimately dropped.

When was Tesla founded?

Tesla was founded as Tesla Motors in 2003.

Contrary to popular belief, Tesla was not founded by Elon Musk. Musk was one of the first investors in Tesla, but the company was founded by Martin Eberhard and Marc Tarpenning.

What is Tesla known for?

Tesla is primarily known for its expertise in the area of electric cars. At the moment, individuals can buy one of four cars: A Model S, Model 3, Model X, or Model Y. Furthermore, Tesla is involved in the business of energy generation and storage.

How long does a Tesla battery last?

Tesla batteries will last anywhere from 300,000 – 500,000 miles, an astonishingly high number. It is important to realize that these batteries must be charged at a charging station. This is not a normal charging station, either: Users must install one at their home or have access to one nearby if they expect their cars to be able to work.

How much does a Tesla really cost?

There is no set answer to this question, as it depends on the model purchased and its specific configuration. Furthermore, there will always be ancillary purchases necessary, such as installing a special charging station in your home.

What is the cheapest type of Tesla?

At the moment, a Model 3 has the lowest price.

How much does a Tesla car cost per month?

This can be a difficult question to answer, as the price depends on the interest rate of a loan and the model purchased. Furthermore, used cars are available, and these cars can save serious money for individuals who want a Tesla but can’t afford a new model.

Current estimates hold that a Tesla will cost between $1,146 – $2,221 a month, depending on the model and newness of the car.

Yes. This is not a hybrid vehicle. All models are fully electric.