After years of waiting and hoping, Sony has finally expanded its PlayStation Plus guide in a big way.

As subscription gaming looks more and more like the future of gaming overall, Sony’s upgraded entry is a welcome addition to the space.

While it’s easy to think of PlayStation Plus as just a way to play online with friends, it’s actually much more than that. Between free games every month, cloud storage, online discounts, and now with access to a growing back catalog of titles, there’s never been a better time to subscribe.

5 Facts About PlayStation Plus

PlayStation Plus: Where To Buy

Picking up the subscription to PlayStation Plus, whichever tier you choose, is really easy. The fastest way to subscribe is through your console directly or on the PlayStation website. All you have to do is sign in to your Sony account, pick which membership plan tier you want, and make a payment. You can select from one-month, three-month, or 12-month subscription options. 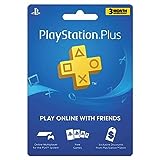 The History of PlayStation Plus: What To Know

PlayStation Plus was first announced on June 15th, 2010 by the former President and CEO of Sony Computer Entertainment of America, Jack Tretton. It would only be two weeks between announcement and launch. PlayStation Plus would go live to PlayStation users on June 29th, 2010.

The initial PS Plus launch began with the first month’s free games that Sony would position as a staple part of any PS Plus subscription. Launch titles included WipEout HD, alongside PSP mini and PlayStation One classics, Fieldrunners, Rally Cross, and Age of Zombies.

The next few years saw PS Plus remain mostly untouched. Instead, Sony was focused on PlayStation Now, a separate subscription service for live streaming PlayStation 3 and PlayStation 4 games.

News around PS Plus didn’t pick back up until September 22nd, 2016, when Sony bumped the price of PlayStation Plus for the first time. The subscription level increased to $24.99 for 3 months and $59.99 for 12 months without adding any new features or game benefits.

From 2016 up until 2019, PS Plus would be mostly quiet again until January 30th, 2019, when Sony announced an increase to its cloud storage limit. Existing and future subscribers to PS Plus would all receive 100GB of cloud storage.

Almost two years would pass until October 28th, 2020, when Sony announced PlayStation Plus had reached 45.9 million subscribers. A few weeks later on November 12th, 2020, Sony would add 20 classic games to PlayStation Plus as part of the PlayStation 5 launch.

Moving into 2021, on February 3rd, Sony announced PlayStation Plus reached 47.6 million subscribers as of the end of 2020.

It’s not until 2022 that Sony is ready to make its biggest changes to PlayStation Plus since its 2010 inception. The new PlayStation Plus service was announced on March 29th with its Essential, Extra, and Premium tiers.

Finally, on June 13th, 2022, the new PlayStation Plus launches in the Americas.

PlayStation Plus Versions: Each Edition

The “entry-level” version of PlayStation Plus, the Essential tier is the one most similar to the previous PlayStation Plus model that existed prior to June of 2022. More of a rebranding than anything else, with Essential, you receive at least one free PS5 game and two PS4 games each month. It’s important to note that, should you ever cancel your PS Plus membership, access to these games expires and they become unplayable on your console.

In addition to the free games as a PS Plus Essential member, you receive access to exclusive sale prices in the PlayStation store. That’s on top of being able to play multiplayer games online, cloud storage, and Share Play. Essentially, this is the same PS Plus that existed previously, but with a different name.

When you make the jump to the Extra tier level of PS Plus, the perks get a little more interesting. Along with all of the same benefits as the Essential plan like cloud storage, free monthly games, and online multiplayer, there are some new goodies.

Extra combines the original PlayStation Plus and PlayStation Now services into one. The biggest perk is access to the “Game Catalog,” which, in its current form, makes around 400 PlayStation 4 and PlayStation 5 games available for gameplay. All of these games can be downloaded to your console and played so long as you remain a PS Plus subscriber. Sony has committed to adding new titles on a “regular basis.”

It’s important to note that PS5 games are only playable for PS5 console owners.

Ubisoft+ Classics are also only available beginning at the Extra tier level, making it one of the biggest differentiators so far between the tiers.

The most feature-rich of all three PlayStation Plus tiers is the Premium level, which combines all of the Essential and Extra benefits and more.

A major perk at this subscription level is access to time-limited game trials and cloud streaming. The latter will enable subscribers to stream a selection of games from either the Classics catalog or from the PlayStation Plus Game Catalog (PS4 and PS5 games). The former, with Game Trials, is a definite perk when you consider that if you try a game and purchase the full title, all progress and trophies are saved and carried over to the full game.

The Classic catalog is the biggest aspect of the new PS Plus, as it finally matches Xbox GamePass by introducing games from previous generations. Games from the PlayStation 1 (PS1), Playstation Portable, Playstation 2 (PS2), and PlayStation 3 are available.

Having access to this library brings the total number of game titles available to download or stream to around 700 titles in August 2022. That’s well above the 150 to 200 available at any given time with Xbox GamePass.

Along with console streaming, subscribers at the Premium level can also access a selection of titles on their PC computers. A high-speed internet connection is required to stream on both consoles and PCs for the best experience.

The original release of PS Plus back in 2010 was met with a bit of skepticism and a lot of promise. The promise really focused on the free games Sony would give away each month and what those games would look like. Would they be AAA titles or indie games? Initially, Sony had indicated that the free games would only be playable for a certain amount of time and not indefinitely.

The public response to the potential time limitation was where most initial skepticism arose, as Sony didn’t specify what a time limitation would mean. Ultimately, the time limit was generous, but gamers were definitely concerned from the start that Sony would only offer a very limited amount of time and lower the value of PS Plus as a whole.

What was immediately welcomed by PlayStation owners were exclusive discounts on the store. If you frequently purchased games from Sony directly, the discounts could add up quickly.

Another highlight was the promise of playable demos and betas for PS Plus subscribers. While this never materialized into the massive benefit Sony initially discussed, there have been some fantastic game demos over the life of PS Plus.

From the gaming media’s perspective in 2010, PS Plus was not quite worth the $49.99 yearly subscription but it did show promise.

As you move forward in time to March 2022 and the biggest update in PS Plus history, the public response has been decidedly mixed.

On the one hand, the three pricing tiers look to ensure there is an available subscription level for everyone and every budget. With three different tiers, you can choose which plan and benefits work for you. The public has welcomed the idea that upgrading (or downgrading) to a different tier is as easy as changing your subscription through Sony’s website or on your console directly.

Where the public response gets more mixed is the lack of day one AAA titles. This has been the largest complaint about the 2022 PS Plus update. For Xbox and its subscription service, GamePass, day one releases are one of the biggest reasons to subscribe. The lack of day one releases has been met with everything from “oh well” to definite frustration.

Sony has decided to focus more on the strength of its back catalog and the exclusives contained within. This has led to a public response that questions whether the current updates to the PS Plus subscription model actually give you what you want.

If you are okay with hundreds of older titles from the PS4 era and earlier, then you are in luck. If you want the latest titles, PS Plus, even on the new Premium tier, is a bit of a letdown. That still doesn’t take away from the excellent titles in Sony’s catalog from earlier console generations, but it does give GamePass one clear advantage.

One last disappointment that has been voiced by the public is the inability to download PS3 games. Because of the difficulties in emulating PS3 titles with current generation consoles, Sony has had to make these titles streaming only. That’s more than 100 games you can’t download locally to play anytime. For anyone who doesn’t have fast high-speed internet, this is a real downer.

What is PlayStation Plus?

PlayStation Plus in 2022 is a combination of the previous generation PS Plus service and PlayStation Now in a new subscription model across three tiers: Essential, Extra, and Premium.

Subscribers have access to online multiplayer, cloud storage, free games monthly, and, depending on your subscription, access to hundreds of previously released games.

What consoles are enabled for the March 2022 update to PlayStation Plus?

Subscribers on the new PS Plus plans must be on the PlayStation 4 or PlayStation 5 console, as these are the only consoles currently supported by Sony.

Can I stream games on my PC with a PlayStation Plus subscription?

It might sound too good to be true with PlayStation games on your PC but it’s a reality. The experience needs refinement as the cloud gaming app needs an overhaul of its interface, but there is an excellent library of games available for subscribers on the Premium tier.

I’m already a PlayStation Plus or PlayStation now subscriber, what happens with my subscription?

For anyone on a current PS Plus or PS Now subscription, you are automatically transitioned to the Essential tier. You receive the same benefits as your current subscription and can upgrade whenever you’d like to enjoy more benefits.

What are the free games PlayStation Plus gets every month?

It’s hard to say what the games will be month to month. Sometimes they are hugely popular titles that have been out for a while and other times they are indie hits.