While the name might not be a household one here in America, the truth is that Xiaomi is the world’s second-largest smartphone manufacturer in the entire world. It’s second only to Samsung, which holds the top spot globally.

Among the youngest companies ranked on the Fortune Global 500, Xiaomi first emerged in 2010 and has since commanded a strong lead in the smartphone industry — not only in the company’s country of origin, but also abroad. Their latest model, the Xiaomi 12 Lite 5G Smartphone, is the next in a long line of excellent products.

Let’s take a thorough look at the Xiaomi 12 Lite 5G Smartphone. We’ll begin with a roundup of the best deals you can get on the phone, then move on to an overview of the product itself. We’ll pay close attention to the particulars, like release date, price, models, features, specifications, and so on.

From there, we’ll give a proper review of the phone itself, as well as weigh the pros and cons of the product. In the end, we’ll determine whether or not the Xiaomi 12 Lite 5G Smartphone is truly worth buying. Let’s dive right in, starting with the best deals today.

Here are some of the best prices on the internet for the Xiaomi 12 Lite 5G Smartphone available today.

The Xiaomi 12 Lite 5G Smartphone was first announced on July 9th, 2022, and made available just 48 hours later on July 11th. (It was released alongside several other Xiaomi 12 models, which we’ll discuss more at length below.)

The price of the phone begins at an MSRP of $359 for the base model 128GB storage + 6GB RAM, with costs only increasing from there as storage and memory are also increased. The top-of-the-line model, with 256GB storage + 8GB RAM, has an MSRP verging on $499 or more (depending on the retailer).

In addition to the aforementioned storage and memory options for the Xiaomi 12 Lite 5G Smartphone (not to mention the three color combinations Lite Green, Lite Pink, and Black), there are also a number of different Xiaomi 12 models to choose from. Apart from the 12 Lite, these include:

Clearly, there’s no shortage of Xiaomi 12 models to pick and choose from. That’s ten different varieties in less than a year, including the 12 Lite! 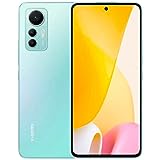 As you can see, these features look and sound pretty on par with the rest of the smartphones on the market today. There’s nothing particularly groundbreaking among these features, but there’s also nothing holding the Xiaomi 12 Lite back from the competition either. All in all, an expected but nevertheless welcome batch of features.

All of these models, features, and specifications are fine and good, but how do they all come together to create a functional smartphone? In other words, we know all about the individual parts, but how do they work together as a whole?

Let’s break down the Xiaomi 12 Lite 5G Smartphone in-depth below, reviewing the good, the bad, and the weird for one of Xiaomi’s latest iterations of the 12. We’ll begin with the phone’s camera and battery — two of the most important considerations for any smartphone — before moving on to things like storage, display, and the competition.

The Xiaomi 12 Lite offers four cameras in total, each one worthy of note. The largest camera is particularly significant, by our account. Its quality is sharp, its high dynamic range is stunning, and its added contrast only emphasizes these qualities to great effect.

The ultrawide camera and the macro camera — located beneath the larger main camera — are much less impressive by comparison. Photos are less vibrant, less sharp, less detailed… all-around worse than the photos taken with the main camera.

The front-facing camera is quite standard. It’s more or less on par with rival front-facing cameras from Samsung, Apple, and the like, delivering the same kind of moderately sharp and relatively high-quality photos we’ve come to expect from a smartphone selfie camera.

You could feasibly argue the quality is superior to that of the ultrawide and macro camera, but one thing is for certain: none of the other three cameras can really compare to the quality of the Xiaomi 12 Lite’s main camera. It’s the best of the bunch by far.

As far as the Xiaomi 12 Lite camera’s features are concerned, there are a couple worth noting here. Namely, Pro Mode, a new feature that allows you to tweak and customize the camera’s settings like you could on a professional camera.

It’s a feature that’s seriously lacking on rival smartphones, and one that makes the Xiaomi 12 Lite stand apart from the crowd with confidence. From white balance to shutter speed to adjustable ISO, it’s a one-of-a-kind camera feature that’s almost worth the price of the phone itself.

All too often in the smartphone sphere, cool features and impressive specifications mean nothing if the battery life of the phone can’t handle it all. This begs the question: What’s the battery life like on the Xiaomi 12 Lite?

We already know that the phone offers astonishingly fast charging, capable of reaching 50% charge in less than 15 minutes. But what about the battery as a whole? How long does it last, and how long does it take to get to 100%? With so many cameras, such high brightness, and such a large screen, it’s a pressing question indeed.

In a comprehensive battery test, we determined that the Xiaomi 12 Lite can handle about 25 hours of talk time, 13 hours of web surfing, or 17 hours of video streaming. These figures pale in comparison to other Xiaomi models, even ones from the 11th generation and earlier.

Let’s be clear about this, though; this is the Lite model, after all. It wouldn’t be fair to dock the smartphone points simply for being a “lighter” version of the Xiaomi 12 and the like. You know you’re sacrificing battery life when you buy this smaller, thinner, lighter version of the phone.

Alas, we’d be remiss if we failed to mention that other Xiaomi models — like the 11T Pro — can reach a full charge in as little as 20 minutes. All in all, we’ve found that the Xiaomi 12 Lite’s battery is decidedly middle-of-the-pack. 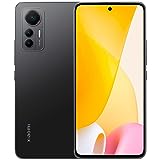 Is there anything more important to a smartphone user than storage space? By our account, it’s undoubtedly one of the most significant components of any phone today. Without proper storage and memory, all of your smartphone’s features and specs might as well be for nothing.

Uniquely enough, the Xiaomi 12 Lite actually runs with two distinct operating systems: Android 12 and MIUI 13. This is significant, as the operating system pertains directly to the kind of RAM and storage management you’re going to get. With the 12 Lite’s 128GB models, you can feasibly store over 20 hours of camera footage.

You can double that for the phone’s 256 GB model. Comparatively, that translates to something like 3,000 apps for the 128GB models and over 6,000 for the 256GB model. That’s more than enough storage, especially for casual smartphone users.

No matter if you choose the 6GB or 8GB RAM option for your Xiaomi 12 Lite, you’re unlikely to encounter any serious performance issues — even with the most involved, high-functioning apps on the market.

This is as much memory as some laptop computers boast, making the Xiaomi 12 Lite a high-performing powerhouse in its own right. Couple this with such high storage space, and it’s clear to see that this is one particular area where the Xiaomi 12 Lite 5G Smartphone really manages to excel.

HDR10+, Dolby Vision, OLED… these are words and phrases you might hear tossed around a lot in reference to a television’s display, but it’s not often you hear them in reference to a smartphone screen. And yet, the Xiaomi 12 Lite has them all: 68 billion HDR10+ colors, a Dolby Vision-certified OLED screen, 950 nits of peak brightness, and an overall resolution of 1080p x 2400p.

Here, we have yet another area where the Xiaomi 12 Lite truly excels. These specs would describe a solid 4K TV, let alone a smartphone. The same goes for the phone’s refresh rate, which comes in at 120Hz. Again, this is superior to even some cheaper 4K TVs, which might only clock in at 60Hz.

With all of these factors taken into consideration, we’ll close out this thorough review with a brief comparison of the Xiaomi 12 Lite versus some of the other top smartphones on the market today.

While the Xiaomi 12 Lite 5G Smartphone is a leading contender in the “lite” smartphone market, it’s not going to be a buy for every smartphone user. Here are the things to consider when trying to decide whether or not the phone is for you.

You Don’t Care About Battery Life

Given its smaller size and reduced weight, the Xiaomi 12 Lite had to make some sacrifices. Battery life is just one of them. And while it’s not going to go and die on you after just a few hours of use, its battery life is obviously less than some competitors’ offerings.

It’s still going to give you all-day battery life, however. So, if you don’t mind a little less battery life, the Xiaomi 12 Lite remains a good option for you.

While 256GB of storage is going to be plenty of space for the casual smartphone user, some of us need a lot more than that.

Whether you’re a photographer, a videographer, a vlogger, a smartphone gamer, or some other sort of high-storage-capacity smartphone user, 256GB is going to get used up pretty quickly. For this reason, you might want to pass on the Xiaomi 12 Lite — especially since there’s no space for a MicroSD card.

You Use Wired Headphones

What is the Xiaomi 12 Lite?

The Xiaomi 12 Lite is the latest in a long line of Xiaomi smartphones. It’s thinner, lighter, and more affordable than the other nine offerings in the Xiaomi 12th generation.

When did the Xiaomi 12 Lite 5G Smartphone come out?

The Xiaomi 12 Lite is an all-around better phone than the iPhone SE 2022, boasting better cameras, better battery, better storage, and a bigger screen.

Does the Xiaomi 12 Lite come in different color options?

How many cameras does the Xiaomi 12 Lite have?