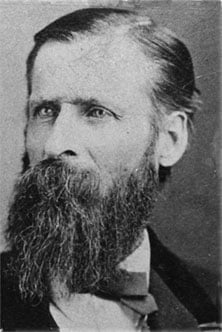 William Hart’s story had many twists and turns (see biography of William Henry Hart). He was a watchmaker, jeweler, businessman, and prolific inventor. William Henry Hart spent most of his life as a jewelry store owner and inventor, where he may have learned the mechanical skills necessary to invent his computing machine. He patented at least 12 other inventions during his lifetime, showing an aptitude for mechanical invention.

The device was sold under the name Hart’s Mercantile Computing Machine. There are several of these calculators known to exist now. One of Hart’s calculators is on display in the Smithsonian National Museum of American History (see the image below). According to a local newspaper, Kirksville Missouri Democrat for July 26, 1888, by then Hart had sold 3500 of these devices and he later ordered one thousand more. Smithsonian’s calculator indicates Scovill Manufacturing of Waterbury, Connecticut, and a company by the name of J. W. Strange made it. Scovill was a maker of brass products. 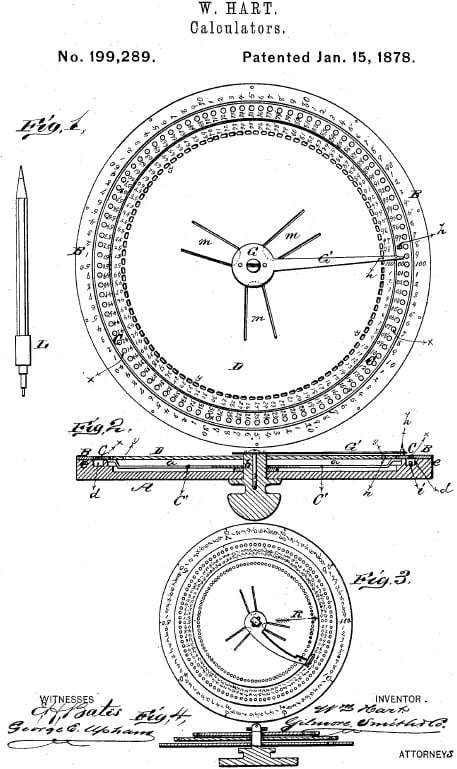 The patent drawing of Hart’s calculator 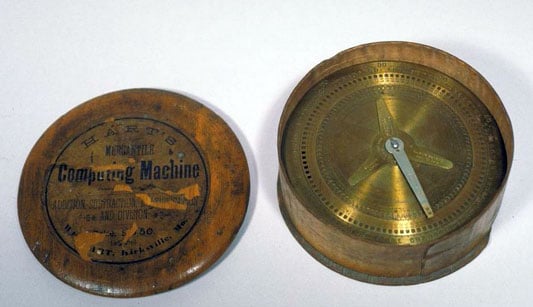 The calculator is housed in a cylindrical wooden case (with cover), with a diameter of 13.5 cm and a height is 5.5 cm. The instrument itself is made of steel and brass and has a wooden handle.

The device consists of three concentric brass discs, a brass marker, a steel stop, and a long wooden handle with a pointer coming down from its end, which rotates the upper disc over the lower one to add numbers up to 99. Each brass disc has the numbers from 0 to 99 stamped around the edge. The two inner discs both have a circle of 100 holes just outside the numbers. The inner holes are used to add the last two digits of a number by rotation. Any hundreds value in the sum carries to the second set of holes, which are used to add hundreds and thousands of places. When the total exceeds 99, a hand like the shorthand of a watch automatically advances one to indicate the hundreds value (the adder has a single carry). Sums of up to 9999 can be indicated. 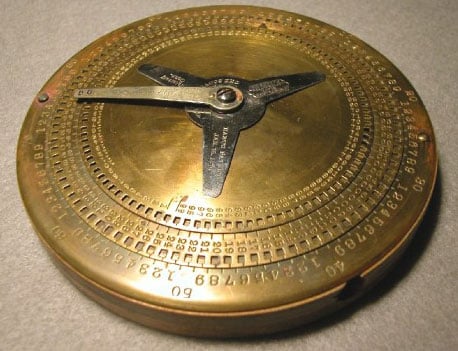