The ILOVEYOU Virus, sometimes called Love Letter for You or Love Bug, was an early safety concern for many Internet users. This virus had a high infection rate, like the Melissa Virus, because of its ability to spread itself by copying entries from users’ email address books. Although the virus may seem like distant history, its notoriety stands out even today.

As hacker groups develop more sophisticated and sometimes elusive viruses, cybersecurity experts recognize the need to learn from previous threats. Taking a look at this bit of malicious code that initially spread through email attachments helps provide important lessons for us today. Read on to learn more about this virus and its effects on precautions that computer users take before they opt to download questionable attachments.

What is the ILOVEYOU Virus?

The ILOVEYOU Virus is a virus known as a worm, and its creator was Onel de Guzman, a student attending college in Manilla in The Phillippines in 2000. At the time, de Guzman used hacker skills to create the virus as a means of stealing Internet users’ passwords. Onel de Guzman felt that Internet access was not something people should have to pay for, using this idea as justification for creating the malware.

This virus would start with an email using “ILOVEYOU” and contain an attachment titled “LOVE-LETTER-FOR-YOU.TXT.vbs.” Once opened, the worm would activate Visual Basic script to inflict damage by deleting or overwriting files, often including images and Office files.

The virus would send itself as an email attachment to every address listed in your Outlook address book, making it one of the most rapidly-spreading viruses to affect the Internet. Because so many people received the infected attachment from people they knew, prevention measures were not taken initially.

Once the virus reached corporate email accounts, a lot of time and expense had to be allocated to efforts to remove the virus. Many large corporations, as well as government bodies like the British Parliament, the CIA, and the Pentagon had to shut down their email systems to get rid of the virus.

As many as 50 million computers ended up infected, up to 10% of all Internet-connected computers at the time. The total damages that the virus cost was over $8 billion worldwide, with as much as $15 billion required in repairs. This malicious code contributed to one of the worst computer-related disasters in history.

How Do You Tell If You Have the ILOVEYOU Virus?

There are symptoms of the ILOVEYOU Virus to look for, in addition to having received an email and attachment that indicate you have received the virus. Although it’s more of a type of malicious code than a full-blown virus, this online safety threat has symptoms that leave evidence.

One of the signs of infection that is fairly obvious is having had emails go to each of your contacts with an attachment that you did not knowingly send. One thing to bear in mind is that many hackers decided to start evading detection by using variations of the original subject header or file name. Although this information may change, the effects and damage potential are the same.

The malware also had the potential to destroy photos and other image files, as well as audio files. One of the worst parts about this situation was that a lot of data ended up being lost because of the virus if no backups existed. Other types of files could end up being deleted or modified, which was one of the most significant problems for companies when the virus first emerged.

Other things that the virus could do was change certain settings in the computer’s Registry file, modify the Internet Explorer start page in bothersome ways, and also use Internet Relay Chat to spread itself. With a virus or worm capable of causing this much trouble, prevention is key to minimizing possible losses.

What Can This Virus Do to Your System?

Although this virus is unlikely to cause lasting damage to your system, it is very disruptive, making effective antivirus software all the more important. At its worst, this worm required users to have to download new copies of files destroyed or corrupted. In some cases, these files were lost for good.

Although the creator did not necessarily intend to cause such widescale disruption, Onel de Guzman helped set the stage for hackers to create malicious code spread through email attachments that would be harder to get rid of. One of the more positive outcomes was a greater awareness of the need for Internet users to follow basic safety practices.

How Do You Prevent and Get Rid of the Virus?

The best form of prevention against infection with this virus is to avoid situations where you end up downloading it in the first place. Most email clients, including web-based solutions, scan attachments for viruses. However, it doesn’t hurt to err on the side of caution and refrain from opting to download suspicious attachments.

Many cybersecurity experts recommend checking with anyone you received a suspicious attachment from. There is a good chance the sender may not know anything suspicious came from their address. Many of the worst effects of this virus initially came from people trusting the senders and not realizing there was a problem.

The easiest way to remove the virus is to restart your computer and boot into Safe Mode with Networking after you’ve installed an antivirus program. Deleting your Temporary Files will give you more disk space and allow the antivirus program to work more effectively.

The Best Antivirus Software for the ILOVEYOU Virus

Several antivirus and cybersecurity tools provide effective protection against this virus. Being able to remove the virus and stay safe from the threat of similar symptoms makes a difference.

McAfee Antivirus is one of the top choices for protection. In addition to effective virus removal, this software protects against ransomware, has a firewall, and offers file shredding. Norton Antivirus effectively removes this worm, while protecting against ransomware and offering a Virtual Private Network (VPN) and a firewall.

Kaspersky Anti-Virus, Bit Defender Total Security, and Avast Pro also offer all these features, in addition to ridding your system of the ILOVEYOU Virus. Windows Defender offers an effective firewall and protection from this worm but lacks ransomware protection and VPN support. 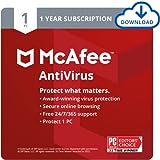 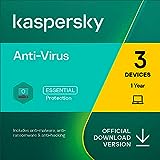 How Do You Keep Your System Safe from Malware Overall?

Although hackers have devised more sophisticated methods of obtaining data than the creator of the ILOVEYOU Virus had at his disposal, the ways of keeping yourself safe are relatively simple. One is keeping your software updated, while the other is making sure your antivirus program is always updated.

Using a firewall, as well as safe browsing tools in your browser, will help keep you from downloading some of the malicious code often launched from banner ads. If you see any unusual links or attachments in your emails, it is best to avoid them. Also, if there is any question about the authenticity of files you receive, you are best not to open the files in question.

The ILOVEYOU Virus: How it Works and How to Protect Yourself FAQs (Frequently Asked Questions)

How does the ILOVEYOU virus work?

The ILOVEYOU virus was a worm spread through an attachment that destroyed files once activated and spread itself by emailing all the contacts in the recipient’s Outlook address book.

How can you protect yourself from the ILOVEYOU virus?

You can protect yourself from the ILOVEYOU and similar viruses by being cautious about opening attachments, keeping your software up-to-date, and using an antivirus program.

What is an example of the ILOVEYOU virus?

An example of the ILOVEYOU Virus was the first computer virus pandemic that disrupted millions of corporate and government-owned computers around the world.

Who created the ILOVEYOU virus?

Onel de Guzman, a college student in The Philippines, created the virus as a way of stealing login information to avoid paying for Internet access.

Where does the ILOVEYOU virus come from?

The ILOVEYOU Virus comes from an attachment, disguised as a text file, with the malicious code embedded.

How did the ILOVEYOU Virus spread?

The ILOVEYOU virus spread when users downloaded the affected file and it emailed itself to the recipient’s contacts.

How was the ILOVEYOU Virus stopped?

The ILOVEYOU Virus was stopped when antivirus programs developed the necessary updates and patches to get rid of the worm.

What damage did the ILOVEYOU Virus cause?

The ILOVEYOU Virus caused as much as $15 billion in damages, between data loss and the time spent resolving the problems the worm caused.