The Sega Genesis, the Super NES, and the PlayStation dominated the gaming console market in the first half of the 1990s. However, they weren’t the only consoles available at the time. There were several other consoles floating around concurrently. Not everyone could enjoy the same success these iconic brands did, though. That’s what happened to the Atari Jaguar. The brand gave the market its all but eventually failed. What exactly happened?

The Atari Jaguar was not an unexceptional console, by any means. Nor was it lacking in quality, available titles, or innovative design. What befell Atari Jaguar? How did it come to be, and why did it eventually fail? Let’s take an in-depth look at the complete history of the forgotten fifth-generation console, paying close attention to its launch and eventual failure. Only then can we understand why the Atari Jaguar fell short of its rivals’ glory.

5 Must-Know Facts About the Atari Jaguar

The History of the Atari Jaguar: What to Know

Long after its demise, Atari remains one of the recognizable names in the console industry. Whether it be the Atari 7800, the Atari 2600, or one of their other less successful offerings, the company is synonymous with those halcyon days of 1980s video game consoles.

Despite their impact on pop culture, the ’80s didn’t last forever. Atari’s success in the console market was short-lived. For every hit console they released, there seemed to be an equally unsuccessful offering that corresponds with it. Just look at the Atari Jaguar.

Conceived after the cancelation of the Atari Panther, the Jaguar was to compete with (and hopefully outperform) the Genesis and the Super NES. Flare Technology, a computer hardware company headed by a batch of former Sinclair Research engineers, handled development. Atari pressured the Flare developers to start a new company — Flare II — so operations could come close home. Engineers happily obliged. By 1993, they had a Jaguar prototype.

Behind the scenes, Atari was preparing for something huge. The Genesis and the Super NES were all the rage, and the PlayStation was just around the corner — clearly, this fifth generation of console gaming was unlike anything seen thus far. Gamers couldn’t get enough of the era’s 3D graphics, nor the larger and more immersive games becoming available. Atari felt the Jaguar could meet (and possibly even exceed) the success of the Genesis and the Super NES. In anticipation, they discontinued the Atari ST, the Atari 2600, and the Atari 8-bit family. All that was left was to launch. 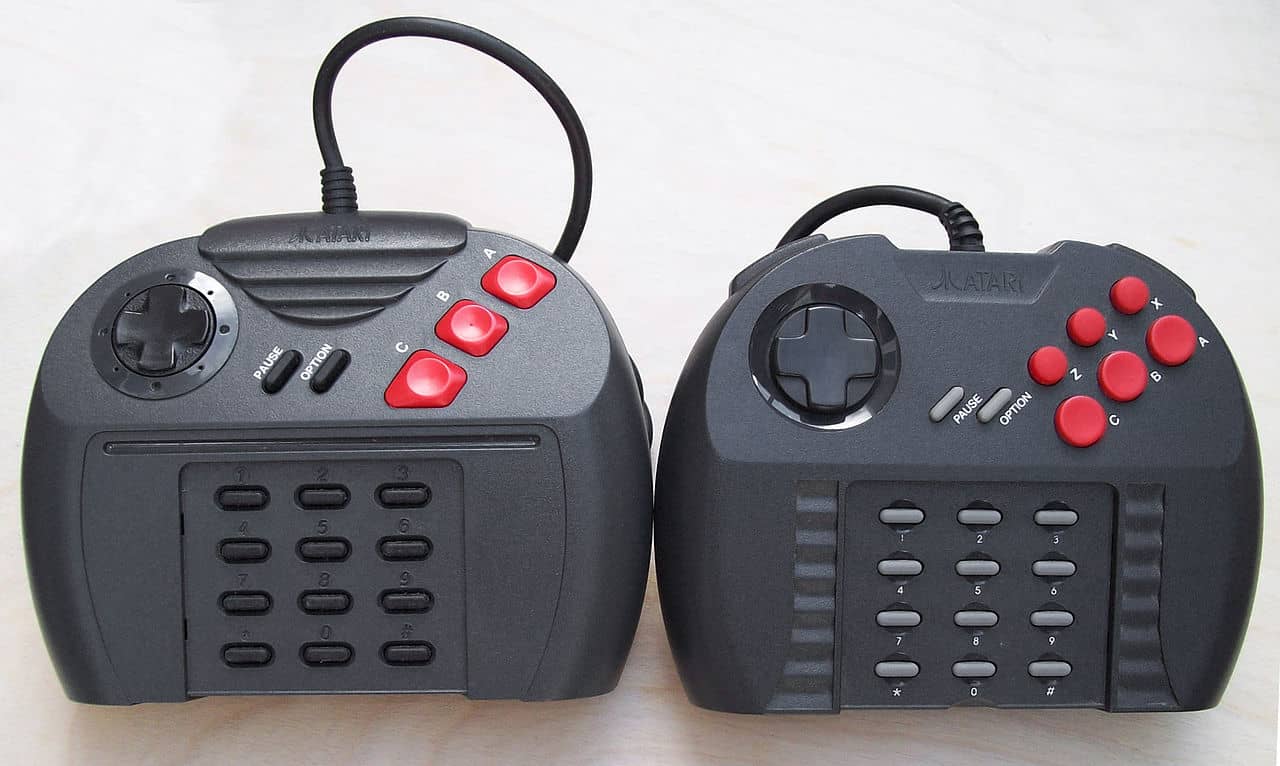 In hindsight, perhaps Atari came on a little too strong. The console developer spent too much time thinking about how to compete with Sega and Nintendo that they forgot the actual task at hand: creating a unique, functional console with a great library of games to boot. Whatever the reason, the early signs of the Atari Jaguar’s impending failure were there from the launch date.

Atari unveiled the Jaguar at 1993’s Chicago Consumer Entertainment Show. It came with a price tag of $249, and Atari planned to only release it in New York City and San Francisco for the first six months of its life. It reportedly sold 20,000 units during this time (though some say it was much closer to 17,000). Atari hoped this coastal success would be enough for word of mouth to spread nationwide by its wide release in early 1994.

Critics and gamers realized that the Atari Jaguar barely had any games. It had essentially slipped Atari’s mind. They dwelt so much on hardware, determined to develop a winning 64-bit console with 3D graphics and an analog controller that they forgot the software side. They had a selection of high-quality, fun games like Alien vs. Predator, the console’s best-selling game. However, they couldn’t match the stream of next-gen titles coming out on rival consoles.

The lack of critically acclaimed, cutting-edge Jaguar games was only the first nail in the coffin for Atari’s fifth-generation console. Unfortunately, it was a pretty substantial nail. Listening to complaints from critics and consumers, Atari fast-tracked the development and release of new, alluring titles. These included Tempest 2000, Doom, Wolfenstein 3D, and more. While these new games were undoubtedly great, much was still left to be desired with the Atari Jaguar. This was all the more apparent when the PlayStation hit shelves in September 1995.

The PlayStation was not a death blow for the Atari Jaguar, but another serious nail. The developer still had a couple of tricks up their sleeves as a last-ditch effort. These came in the form of peripherals — some exciting add-ons that would hopefully make the Jaguar sell the way Atari thought it would from the start. A pro controller, a CD-ROM drive, and even a virtual reality headset… all things that, if included with the Jaguar from the start, could have saved Atari’s fifth-gen console from the eventual demise it now faced.

Unfortunately, these peripherals further underlined the Jaguar’s main issue: Great tech but very few games. Only 12 games were released for the CD-ROM addition, and only one game was made for the VR headset before they were abandoned. If it wasn’t clear before, it was clear now. There was no saving the Atari Jaguar. In the end, the true scope of the Jaguar’s failure was a lot worse than Atari had led insiders to believe. By the time Atari went under in 1996, they had sold 150,000 units. Over 100,000 units remained unsold.

The Atari Jaguar Versions: Each Edition

While Atari planned for several versions of the Jaguar following the flagship console’s release, only two ever saw the light of day. The Atari Jaguar CD and the Jaguar VR were not so many new versions of the console but rather additions and upgrades.

Before the release of the Jaguar CD, the Jaguar had game cartridges. This stood out compared to the rising CD-ROM tech in other competing consoles. To bring the Jaguar more up-to-date, Atari put out the Jaguar CD. The plug-in to the cartridge slot allowed the console to play CD games like the PlayStation. However, only a dozen games were ever released for the Jaguar CD.

The Atari Jaguar VR was nearing perfection when it was canceled two months before its scheduled release. Part of this had to do with the failure of the Jaguar and its CD-ROM peripheral, while another part had to do with the lack of games. Only one game was ever completed for the Jaguar VR. The add-on and its lone game, Missile Command 3D, were canned before they even hit shelves.

The Public’s Response to the Atari Jaguar

In truth, the public had no problem with the Jaguar console itself. They praised its powerful hardware. Also, they appreciated its affordable low price compared to its more expensive competitors. Whenever a high-quality game came around — like Tempest 2000 or Alien vs. Predator — they were sure to praise that, too. Sadly, none of these positives were enough to cancel out the substantial negatives.

The public complained about Atari’s weak library of games, underwhelming controller, and reliance on game cartridges instead of CDs. While future peripherals tried to counter these complaints, they were either too little too late or outright canceled completely to make a difference in the Jaguar’s ultimate fate truly. The Atari Jaguar — and the Atari Corporation — were done for. The public seemed to know it before Atari did.

What is the Atari Jaguar?

The Atari Jaguar was a fifth-generation console released in 1993. It hoped to compete alongside the Sega Genesis and the Super NES, but ultimately failed to do so.

Who invented the Atari Jaguar?

The Atari Jaguar was invented by a team of former Flare Technology employees under a new company name, Flare II.

Is Atari still around today?

The failure of the Atari Jaguar led to the demise of Atari as a company. They were liquidated and sold and have since changed hands numerous times. They’re still around, but in a much different and much more limited capacity than before.

What was the best-selling game for the Atari Jaguar?

the Atari Jaguar’s best-selling game — and one of the most well-received games in the console’s short-lived history — was Alien vs. Predator.

How many Jaguar units remained unsold when Atari shut down.

Atari still had over 100,000 Jaguars in their inventory at the close of the company.