With more than 87 million consoles sold during its lifecycle, the PlayStation 3 was another successful console for Sony.

Released in 2006, the system originally saw some challenges thanks to a high price tag and small memory, but after its “Slim” model was introduced, sales picked up significantly. Thanks to its Blu-ray drive, not only did the PS3 help herald the era of the Blu-ray, but it also become the entertainment focal point of many family rooms.

Of course, another reason for purchasing the PS3 was the strength of its first-person shooter lineup. Let’s talk about the best FSP games for PlayStation.

A hugely popular video game genre, a first-person shooter (FPS) is basically summed up as a video game that is played from the point of view of the protagonist. That means that the game camera allows you to only see what your character would see. You don’t see your character, except maybe in cutscenes, so the entire game is played from start to finish without ever seeing your character’s body, outside of their arms which are usually holding some type of weapon.

Was the PlayStation 3 Known for First-Person Shooter Games?

It’s safe to say that the PlayStation 3 was known for a variety of video game genres, but first-person shooters definitely rank among the most notable.

Unsurprisingly, this is a big period of growth in the popularity of the Call of Duty franchise, which would sell over 11 million games just from the titles that rank in the top 25 best-selling. 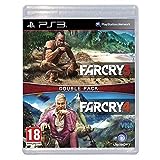 The Far Cry series, like the Call of Duty series, has helped define the modern-day first-person shooter, so it’s no surprise to see an appearance on this list. With a 90 Metascore, Far Cry 3 helped redefine the series by introducing Jason Brody, who is stranded on a mysterious tropical island where lawlessness rules.

Everything from the open cinematic, which was incredible for any game on the PS3, felt like something right out of a Hollywood movie. This is definitely a story-driven game from Jason’s point of view, but what makes it so great is that it’s as much an open-world title as it is an FPS.

The tropical environment is yours for the taking, acting as a sandbox and giving you access to all of the resources and tools you will need to craft new weapons, restore your health, and so much more. You’ll need all of your energy to run, swim, stand, jump, and crouch to take down your enemies all while evading their attacks and saving the day. Of course, there’s always the Far Cry favorite bow and arrow if you want a more tactically sound approach to clearing out enemy bases.

Pick up Far Cry 3 to play on the PlayStation 3 on Amazon here.

One of Guerilla’s best games of all time, Killzone 2 is a PlayStation 3 favorite that has a well-deserved, cult-like following.

The game starts two years after its predecessor with the protagonist being given the task of capturing the Emperor and stopping his army. Often labeled as one of the most immersive FPS titles on the PlayStation 3, Killzone 2 is every bit deserving of its 91 Metascore. Its story is unique but it’s how you can kill in the game that has a certain amount of polish that few games on any platform can outdo.

“Lean and peek” was the name of the game as players take cover behind objects and then pop out to take out the enemy, methodically clearing out rooms before moving on. There’s a plethora of weapons at your disposal and you’ll need all of the firepower you can get.

Of course, Killzone 2’s best part wasn’t its single-player campaign but its online multiplayer. Choose from 15 different weapons that can be used in any of the five different game groups including capture and hold, body count, and search and retrieve. Online games could host as many as 32 players or players could choose to refine their skills against computer AI components in offline matches.

The world of Killzone 2 awaits you on Amazon here.

Borderlands 2: Game of the Year Edition
$44.89
Buy on Amazon

If the original Borderlands was already close to perfect, Borderlands 2 had to be downright excellent, and that’s exactly what it was.

More than living up to its 91 Metascore, Borderlands 2 follows a group of vault hunters who must ally with a resistance group and defeat the evil villain. It’s all very general but the story captures your attention from minute one. You can explore the entirety of the in-game world while completing both the side missions and main missions simultaneously, which only speaks to why this game is deserving of such a high Metascore.

The procedurally generated loot system was a huge hit with players and helped provide additional replayability for the single-player campaign. Beyond the campaign, online co-op gameplay made sure you could play with friends time and time again or you could opt for split-screen multiplayer, which was another great way to spend hours and hours on the game. Every player had the opportunity to trade with other online players to help find new weapons and loot.

Pick up Borderlands 2 for PlayStation 3 on Amazon here.

Set in 1960, BioShock follows the protagonist as he discovers an underwater city that is full of residents who are genetically enhanced with superhuman powers.

With some RPG elements mixed in, players have the ability to choose how to best take down enemies. Will you go for the stealth kill or go in guns blazing?

No matter which path you take, BioShock is widely considered to be one of the best video games of all time and is well-deserving of its 94 Metascore. Already a classic by the time it was ported over to the PS3 from the PC, the game arrived with all of the downloadable content that had been made available to PC users.

If there is any downside to BioShock, it’s the lack of online multiplayer. That’s a disappointment for such a highly regarded title, but since its single-player campaign is near perfect, it’s still an easy recommendation for any PS3 owner. The game received several “Game of the Year” awards alongside multiple nominations for best shooter and best graphics categories from various video game publications.

BioShock is awaiting your PlayStation 3 console on Amazon here. 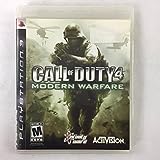 The fourth installment in the Call of Duty series, Call of Duty 4: Modern Warfare was the first game in the lineup to shift away from the WWII setting and into modern times.

The storyline brings the game to 2011 and a typical terrorist scenario set to destroy the world. Even if the storyline wasn’t terribly original, it really didn’t matter as the game would go on to sell just under two million units on the PS3 platform. It earned a 94 Metascore which is no surprise, given its incredible single-player campaign and some of the best multiplayer action that had ever been introduced to console owners.

What stood out to players was the idea that you don’t play as any central protagonist throughout the game. Instead, you switch around between different characters depending on the mission, which was a relatively new concept for an FPS title. Completing the campaign even introduced a unique element to games by adding an epilogue mission that gave you one last chance to show your skills. Beyond the campaign, online multiplayer was hugely popular, thanks to deathmatch-based battles alongside team-based multiplayer action.

Are you ready to be a soldier? Call of Duty 4: Modern Warfare is available on Amazon here.

Tied for the 10th best-selling PlayStation 3 game of all time, Call of Duty: Modern Warfare 2 moved more than 4.8 million units after its release.

A direct sequel to Call of Duty 4: Modern Warfare, the game picks up with the same characters who are tasked with stopping an invasion of Washington, D.C. The game did everything it could to earn its 94 Metascore, becoming one of the must-have games during the sixth console generation. The gameplay is solely focused on fast-paced gunfights all while using a host of military-grade weapons to take down enemies.

If the single-player campaign was just about perfect, multiplayer mode is perfect times two. Like its predecessor, multiplayer mode focused on team and deathmatch-based battles across various maps from the single-player campaign. Each match had an objective that required teamwork and carefully planned tactics to execute flawlessly. A bonus “Spec Ops” mode was added to the game and introduced 23 different levels that could be played individually or as a co-op with one additional player. This mode added was welcomed by PS3 owners as a major differentiator from its predecessor.

Drop and give me 20 soldier, and then pick up Call of Duty: Modern Warfare 2 on Amazon here.

Grabbing yet another 94 Metascore on this list, BioShock Infinite is an almost flawless sequel to the original BioShock.

Released only a few years after the original, the game is set in 1912 and follows a new protagonist who is tasked with retrieving a kidnapped woman. Booker DeWitt has a debt with the wrong people and, as the main character, must team up with the woman he rescues all while battling enemy after enemy with increasingly powerful weapons.

As was the case with the original game, BioShock Infinite is a first-person shooter at heart. However, it adds individual RPG elements by asking the protagonist to advance the story by completing different objectives and tasks using tools he’s picked up along the way.

The combination of these two genres makes for a fantastic experience that deserves to be played to this day. Unfortunately, like its predecessor, BioShock Infinite released without any multiplayer experience, giving it its only black mark. The game still lives on today and is playable on the likes of the Nintendo Switch, which only speaks to its longevity and fantastic gameplay.

Grab the best FPS game for PlayStation 3 on Amazon here.

What is the absolute best PlayStation 3 first-person shooter?

On a console full of tough FPS competition, BioShock Infinite holds the top best as the highest Metascore on the PlayStation 3.

How many consoles did the PlayStation 3 sell?

From the time of its release in 2006 to the modern day, the PlayStation 3 has sold just over 87.4 million consoles. That’s enough to rank it as the eighth best-selling console of all time.

Can you play any of these games today?

Yes, between the games still being available on Amazon to many of the games being remastered for the PlayStation 4, you can absolutely find a non-emulator way to play these games today.

Is Call of Duty still one of the best first-person shooter series?

Yes, absolutely, and it will likely continue to be so well into the future. Its most recent game is set to release in November 2022 and is already being praised for its outstanding graphics.

Grand Theft Auto IV and V were fantastic games on the PlayStation 3 console but they are not dedicated first-person shooters. While it wouldn’t be easy, you could conceivably complete the games without ever firing a shot.