While you can rent a router or gateway from your internet service provider, this comes at a premium, and you never get to own your router. For some people, this is fine. For example, people who move house often and have to change internet service providers might be better off renting a router since they won’t use it forever. But for people who have hunkered down and found a place to call home, owning a router might enable you to get better deals on your internet by allowing you to switch ISPs whenever your current contract runs out, seamlessly.

But finding a router to buy is more in-depth than it might seem. Not all routers are made equal—some aren’t even compatible with all ISPs! So, ensuring that the router you’re purchasing is compatible with your ISP is crucial. If your ISP is Spectrum, you might have to ensure your router is compatible. Here are our choices for the best routers for Spectrum users in 2023!

The Nighthawk C7000 might not be the most powerful router. Still, it’s a perfect marriage of power and price, making it our favorite for the best router for Spectrum users. In addition, it’s got the highest-rated Spectrum speeds, with up to 400 Mbps available to Spectrum users and 800 Mbps in total.

Now it might not use its full bandwidth for Spectrum, but Spectrum plans start at just 300 Mbps. So, this router will be perfect for you unless you’re looking at the top-of-the-line Spectrum plans. Of course, if you’re looking at the higher-tier Spectrum plans, you’ll need to invest in a top-of-the-line premium router to go with them. Ideally, gaming routers are best for the top plans at Spectrum, as they allow the highest possible internet speeds. But be warned; they come at a premium. 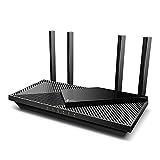 This router also has an expanded range for large homes with its four external antennae that allow it to project its signal and connect to devices at a further range. These antennae use beamforming technology to produce stable and secure Wi-Fi throughout your home, even at long range.

The TP-Link AX3000 is also compatible with Alexa. It also features a smart-wake-up ability, allowing the router to wake your devices at the right time to save battery by keeping them in sleep mode at night. 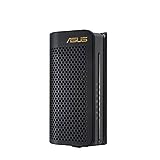 Gamers need exceptional technology to support their gaming. So a fast router-modem combo can be a crucial part of a gamer’s arsenal, especially if they’re fond of online games like League of Legends and Final Fantasy XIV.

The ASUS AX6000 features speeds up to 6000 Mbps, making it the fastest possible router on this list. Of course, you’ll need an advanced Spectrum plan with Gigabit speeds to access those higher speeds. However, you don’t even get the option to use Gigabit internet with most other options on this list.

Internally, the router features a DOCSIS 3.1 Wi-Fi 6 antenna, the industry’s smallest and most compact antenna, and passive, fan-less cooling that ensures a quiet runtime with no bottlenecking or throttling from heat.

If you have a big house, you might run into issues with your router being unable to reach certain parts of your house. While you could invest in an extender kit to situate a collection of routers throughout your home to expand your Wi-Fi range, you could also grab a router with a more powerful signal.

The Netgear Nighthawk CAX80 features a massive range of 3000 square feet, making it the most potent signal on this list. You’ll be hard-pressed to find a house this router can’t cover.

It’s also extremely fast, with speeds comparable to the ASUS AX6000, featuring compatibility up to 6 Gbps. This means that no matter what you’re doing, it will be buttery smooth with negligible latency.

Suppose you switch ISPs every year or two to keep yourself paying the lowest possible costs for your internet service. In that case, you’ll want a router compatible with as many ISPs as possible. The Netgear C6250 is compatible with all major cable service providers, including being certified by Comcast Xfinity, Cox, and Spectrum.

It’s worth noting that this router is not compatible with DSL, Verizon, AT&T, or DirectTV. It also cannot run bundled voice services. However, you can’t find a better router for those who are diehard cable internet fans!

Check out Netgear C6250 on Amazon.

How to Choose the Best Router

Many factors go into choosing the best router for your use case. You’ll want to look at the speed of the router, its usable range, and its architecture to determine which router will work best for you. Let’s take a look at these factors in-depth.

Speed is one of the most critical factors you’ll want to consider when purchasing a router. You’ll need to dig into the specifications to ensure your buying router has the speeds you want. You’ll also need to determine whether the listed speeds are relevant to your ISP.

Additionally, the speed isn’t limited to one device. A normal home has multiple devices, maybe phones, tablets, and TVs, connected to the router, as well as computers and laptops. The culmination of these devices is what’s going to test your theoretical maximum speed, not a single device.

While you may not be able to see it from the outside, all routers are outfitted with antennae that allow them to project and receive signals. While most routers have one antenna, you can find routers with upwards of four antennae on the market nowadays.

Frequency channels are less of a problem than they used to be, as it’s now standard for routers to come with both a 5 GHz and a 2.4 GHz band. However, you can still find some older routers that have only a 2.4 GHz band.

This issue is mostly only going to arise with older routers. So, if you’re looking at exceptionally cheap routers, you’ll want to make sure the router you’re buying has up-to-date bands and includes the 5 GHz bands.

WEP and WPA routers are considered outdated. WEP routers are the most outdated. Any hacker worth their salt can access your data with a flick of their wrist if it uses WEP as its security protocol. WPA is slightly better than WEP but is still outdated. You will want to buy a router with WPA2 security to ensure that your data is safely transmitted and your router remains untouched.

Best Routers for Spectrum Users: What to Know Before You Buy

You may also find routers with outdated protocols in connection or security. Avoid purchasing any outdated routers since these will put your data security at risk of being retrieved by hackers. In addition, an obsolete router cannot adequately protect your internet browsing and network data. So, splurging on a router with updated security and connection protocols is advised.

Additionally, ensure you have all the necessary parts to use your router. For example, routers without a modem will need a separate modem installation to access the internet. So, do your research as to the architecture of your new router to ensure a seamless switch.

Best Routers for Spectrum Users: What It’s Like to Use

Your experience with your new router will vary based on your selected router. However, most people who buy new routers experience more stable and faster internet than they had with the stock router you rent from your ISP.

However, you will need to install your new router. This installation may involve power tools or other specialized gear that you need. However, as long as your router and modem are working, they should be relatively easy to install simply by following the instructions included.

Finding the perfect home router and modem can be a chore, but you’ll never want to look back once you’ve installed your own router. Once you’ve experienced the smooth browsing that comes with a higher-end router, it’s hard to return to the janky stock routers you rent from your ISP. So, it makes sense that people are increasingly replacing their stock routers with more powerful models. If you found your match-made-in-heaven on our list, we encourage you to share it and leave a comment, so we know we’ve been helpful!

What is an internet router?

Your internet router connects to the worldwide web and transmits that internet signal to your home devices.

What is an internent modem?

Your internet modem connects your home, through your coaxial cable, to your ISP’s service

What is a gateway?

An internet gateway is a router that comes packaged with a built-in modem.

Is it better to rent or buy a router?

Most tech geeks will recommend buying a router as stock routers that you rent from your ISP come with notable flaws in security and speed. These issues can be solved by purchasing a more powerful gateway from a company specializing in making gateways.

How much does a router cost?

The average router costs about $130, but more expensive units with additional features can run you up to $400 or more.