Fascination with astronomy is quickly growing in the mainstream, and it’s simple to understand why: All you have to do is look up.

For as long as humanity has existed, we’ve had an interest in the stars. We’ve used them for directions, knowing the time of day, and even to predict the future. As we continue to study these celestial wonders, our interest only continues to rise.

With the rise of popular culture’s interest in spaceflight technology and astrology, the ‘nonscientist’ is taking it upon themselves to learn more about space.

There are so many resources out there, and it can be tough to know where to begin. To make it easier on you, we’ve put together a list of the 10 best astronomy books you can buy—for the scientists and nonscientists, alike.

One of the best books on astronomy also happens to be one of the most recent books written on the topic. Having studied astronomy and science communication at the University of Cambridge, Matthew Bothwell intended to bring the cosmos to the masses for most of his adult life. In November 2021, he did just that with The Invisible Universe.

This incredible astronomy book for beginners introduces the latest discoveries in cosmology while guiding its readers through the history that led up to them, teaching you all of the important basics. One reader stated, “The Invisible Universe explains things like you are a 5th grader while not treating you like a 5th grader—which appears to me to be much harder than it looks for specialists in complex fields.”

You can purchase The Invisible Universe on Amazon for about $20 and begin your exploration of the cosmos.

For a more in-depth look at the universe, there is hardly a better astronomy book written this decade than The Cosmos Explained.

Charles Liu, the book’s author, comes with a list of accolades in the industry. In addition to his work as an associate professor of astrophysics at the College of Staten Island, he’s also a member of the Department of Astrophysics at the Hayden Planetarium. There, he conducts cutting-edge studies with other notable scientists such as Neil deGrasse Tyson and Robert Irion.

Liu writes about the expansive nature of the cosmos and how science observes it in real-time. He uses star formations like a road map of history to teach those hopelessly lost in the stars about the patterns of the universe.

You can find a copy of The Cosmos Explained on Amazon for under $20.

Some astronomy books are so profound that their legacy keeps them relevant even decades after their publish date; One such book is Cosmos by Carl Sagan.

One of the most well-known scientists ever, Sagan worked with Harvard University, the Smithsonian, and NASA while advocating against nuclear power. In addition to teaching physics, Sagan connects these discoveries to our human purpose, creating a bond that touches our soul.

Sagan’s books and television shows brought the scientist much fame and accolade. Using his celebrity status, he brought Cosmos to the United States, introducing Americans to the unbelievable expanse of the universe.

You can get Cosmos on Amazon for around $15—an affordable price to go on a trip through space.

The Science of Interstellar, Kip Thorne

With decades of experience in the field of astrophysics, Noble Prize-winning author Kip Thorne now brings his scientific prowess to the big screen. The author, who had previously worked with scientists such as Stephen Hawking and Carl Sagan, consulted director Christopher Nolan on the scientific feasibility of the movie Interstellar. This led to the writing of his book, The Science of Interstellar.

And what a great way to introduce people to the cosmos than by connecting it with popular culture and a cutting-edge film. The Science of Interstellar breaks down popular moments in the epic movie, which won an Academy Award for Best Visual Effects.

When readers can take stunning imagery of the cosmos and connect it to real-life physics, they discover themselves as budding Astro-enthusiasts.

Find The Science of Interstellar on Amazon for $18, but don’t forget to watch the movie first!

Hubble Legacy: 30 Years of Discoveries and Images
$27.95
Buy on Amazon

Not all astronomy books need to be jam-packed with scientific jargon; Some are just as effective at grabbing their reader’s attention with stunning photography. And, no astronomy book does this better than the Hubble Legacy, a 30-year tribute to the most famous telescope ever created.

There’s no better scientist to put this tribute together than Jim Bell, one of the leading astrophysicists on the Hubble Telescope project. Over the course of his career, Bell brought his discoveries to students at Arizona State and Cornell University, in addition to projects at NASA. He won the Carl Sagan Medal in 2011 for his involvement in NASA’s space exploration missions.

You can find Bell’s Hubble Legacy: 30 Years of Discoveries and Images on Amazon for about $23.

Janna Levin takes one of the most theoretical aspects of astrophysics and turns it into a compelling story. The Black Hole Survival Guide takes the nonscientist through one of science’s most unbelievable phenomena as they discover awe-inspiring black holes in the galaxy.

Not many scientists can make the black hole accessible to the average person like Janna Levin. Her work in theoretical cosmology at Bernard College and MIT coupled with her focus on philosophy allows her to connect with her readers on a deeper level, much like the prolific science writers of past decades.

You can find the Black Hole Survival Guide on Amazon for $12.

What We See in the Stars: An Illustrated Tour of the Night Sky, Kelsey Oseid 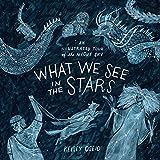 The cosmos is filled with wonder. While many astronomy books attempt to explain the logical science, not many succeed at touching on the wonder. That’s where What We See in the Stars: An Illustrated Tour of the Night Sky excels.

Kelsey Oseid is an expert illustrator and brings the universe to life with her hand-drawn artwork. Coupled with the history of astronomy and the constellations, her readers will easily discover just how interconnected everything is—including themselves within the universe.

You can find a copy of What We See in the Stars on Amazon for around $14.

Astrophysics for People in a Hurry, Neil deGrasse Tyson

When one hears the term ‘astrophysics,’ you might sense that you’re entering unreachable territory (and in a way, you’re kind of correct).

Neil deGrasse Tyson, the director of the Hayden Planetarium and the successor to Carl Sagan’s show Cosmos, attempts to bridge the gap with Astrophysics for People in a Hurry.

Astrophysics for People in a Hurry comes in a small, handheld package, giving its readers a comforting feeling of possible accomplishment before even opening the book. Tyson, using his impeccable communication skills, expertly guides readers along the history of the known universe from its (humanly understood) beginning.

Readers can cruise right through, finding more than just foundational knowledge; At the end, you get the sense you can actually explore the cosmos, and are even a part of it.

You can purchase Astrophysics for People in a Hurry on Amazon for around $9.

The Last Stargazers: The Enduring Story of Astronomy's Vanishing Explorers (Gift for Astronomy and Popular Science Lovers)
$25.99 −$14.40 $11.59
Buy on Amazon

The Last Stargazers: The Enduring Story of Astronomy’s Vanishing Explorers takes a different approach to bring astronomy to the masses.

Using the heroes of the world’s greatest space missions, Emily Levesque unites our curiosity about the universe with our ingrained pursuit for glory. She makes space exploration a noble endeavor that calls upon us to do our part.

While the scientific concepts in this book might challenge some readers, its sense of empowering nonscientists for the greater good compels readers to further their cosmic education. Levesque takes her vast knowledge of stars to other advanced texts, such as Astrophysics of Red Supergiants.

You can discover The Last Stargazers: The Enduring Story of Astronomy’s Vanishing Explorers on Amazon for just under $12.

The Universe in a Nutshell, Stephen Hawking

The Universe in a Nutshell
$34.44
Buy on Amazon

An astronomy book from one of the most celebrated astrophysicists of our time, Stephen Hawking brings us a synopsis of some of the most advanced concepts in the field in The Universe in a Nutshell.

Bringing insight to concepts such as the M-theory, 11-dimensional supergravity, and general relativity is no easy task, but Hawking manages to bring it all together with fantastic imagery.

What to Know Before Buying an Astronomy Book

Before you buy an astronomy book, you’ll want to consider the publishing date. This is essential for understanding the relevancy of the information. Some older books include theories from their time period that have been refuted in 2022. For these books, you might be able to take some general information, but with caution.

What is the best astronomy book for beginners?

Cosmos by Carl Sagan is regarded as one of the best astronomy books for beginners. He uses his vast knowledge of astrophysics and connects it to the human element to give our learning of astronomy purpose.

What is the best book to read about space?

Stephen Hawking’s The Universe in a Nutshell is one of the best books to read about space. It touches on the state of astrophysics and why we know what we know. This book, in conjunction with A Brief History of Time, will help build a foundational knowledge of space.

Where do I start with astronomy?

Astronomy doesn’t have to be complicated; The best place to start studying is in your backyard. Many of our constellations and planets can be seen with the unaided eye.

How can I learn about space?

There are several avenues to learn about space. You can learn the basics of astronomy at your local college. If this is not an option, your town’s library offers great resources to learn more about the field.

What is the difference between astronomy and astrology?

Drew lives off-grid using a self-built solar array. He supports a nomadic lifestyle writing about solar energy, spaceflight, and anything travel-related. When he's not at the library, you'll typically find him chasing waterfalls despite all the warnings against it. You can connect with Drew on his Instagram.