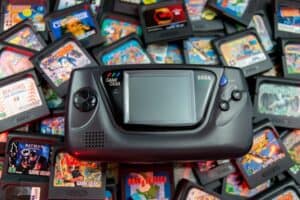 The 7 Absolute Best Sega Game Gear Platformers of All Time

Arriving 3 years after the Sega Genesis and 4 years before the Sega Saturn, the Sega Game Gear is part of the fourth generation of video game consoles and directly competed with Nintendo’s offering, the Game Boy. Technologically superior to the Game Boy, the Game Gear featured a backlit color screen and better graphics. The […] 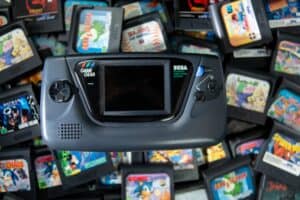 The release of Game Gear by Sega in 1990 brought with it a new level of gaming potential. Competition in the handheld gaming market was fierce. Nintendo’s Game Boy dominated the market, but Sega was determined to make its mark. The result was the Game Gear, and it did not disappoint. The console had an […]

The Game Gear was Sega’s handheld entry into the fourth generation of video game consoles, being released between the Sega Genesis and the Sega Saturn. Primarily competing with NEC’s TurboGrafx-16, Nintendo’s Game Boy, and the Atari Lynx, the Game Gear had a fully backlit screen and more advanced graphics than its competition, using the 16-bit […]

In the 1990s, Sega Game Gear was a serious contender in portable video gaming. Forget the Game Boy and its not-so-good graphics — the Sega Game Gear was king. The console had a vibrant color palette, an exciting library of games, and the tech to make multiplayer gaming possible. The mention of party games immediately […]

The 5 Absolute Best Sega Game Gear RPGs of All Time

Mostly known for its action and side-scroller games, the Game Gear also had its fair selection of RPGs for players to choose from, and many still have a cult following today. As far as video game consoles of that generation go, the Game Gear was praised for its extensive game library and processing power. We’re […]