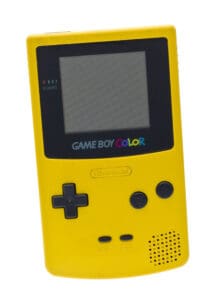 When it comes to the world of handheld gaming, Nintendo is easily one of the first developers that comes to mind. All of their video game consoles have made a big impact on the gaming scene, but they’re particularly renowned for their portable contributions. To this end, three of their handheld systems have made their […]

The Game Boy Color (GBC) release in 1998 introduced a new world of gaming possibilities. Its vibrant colors and improved graphics allowed players to experience games in an entirely new way — especially action games. The console featured interchangeable color cartridges and built-in rechargeable batteries that brought endless hours of play. Today, we have the […]

Game Boy Color was the first handheld console with a color display. It had several popular titles that brought out the best of the handheld console, including Pokemon, Super Mario, and Mega Man. Although the survival gaming genre was less popular then, some titles were also released on this console. Survival games typically involve in-game […]