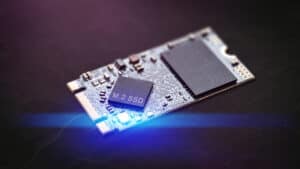 File systems underpin the function of a computer’s operating system by providing the method and structure for data storage and retrieval. For an operating system to have coherent and quickly accessible data, the type of file system a computer uses is critical. In this article, we will compare xfs vs zfs file systems to understand their […]

PowerEdge R440 and R460 are two iconic servers in the market. Both are 14th-generation servers but distinct server types. One is a mounted-rack server; the other is a traditional blade server. So, what makes one server better than the other? That’s what we’ll try to find out in this article. Stick around as we explore […] 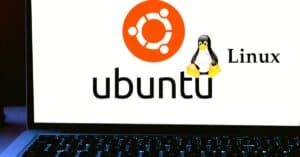 ZFS vs EXT4: Best File System for Linux and Other Operating Systems

ZFS and EXT4 are notable file systems for Linux and other operating systems. They have the critical role of organizing and managing data for efficient and accessible storage and retrieval. ZFS and EXT4 have different specifications and features, and the choice of one over the other depends on the hardware. In this article, we help […] 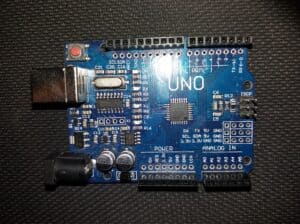 Raspberry Pi Pico vs Arduino: Which is Better?

The Raspberry Pi Pico and the Arduino Uno are two microcontrollers that are constantly pitted against each other, ever since the Pico’s release in January 2021. A debate like this one can only go on so long because of how many factors are involved in the decision. Indeed, there can be hundreds of things to […] 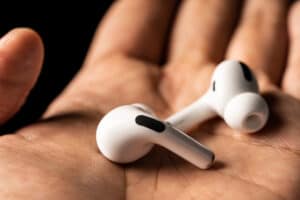 Nothing Ear 1 vs. Airpods Pro: How Do They Compare?

You might have heard of the Nothing Phone, which came out recently and is trying to compete with Apple’s aesthetic. The phone was not the first product from Nothing, though; it was Nothing Ear 1. Nothing’s goal is to offer active noise canceling (ANC) Bluetooth earbuds for a more affordable price than its competitors. The […] 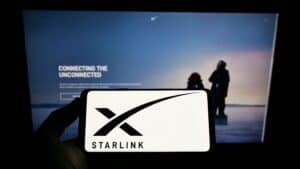 Starlink vs DIRECTV Internet: Which Is Better

In 2020, Twitch recorded nearly 1.5 billion hours of streaming, a 98% growth from the year before. The amount of video content we consume as a society is rising at an incredible rate, and, unsurprisingly, internet companies are responding.  The best internet service has a good mix of download speed and range. While some companies […]

Sonos vs Bose Soundbar: Which Is Best?

Sonos and Bose dominate the soundbar market. There’s no question. Any serious buyer will always pit them against one another. When comparing a Sonos vs Bose soundbar, which brand is best? That’s the focus of this article. To answer this question, we’ll do a full comparison of Sonos and Bose soundbars, and look at their […] 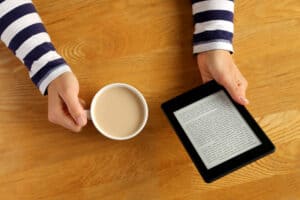 Scribd vs Kindle Unlimited: Which One Should You Buy?

Reading is one of the most popular leisure activities in the world, and people have been reading books for centuries. However, with the rise of digital content, readers now have more options than ever before when it comes to accessing their favorite stories. This blog post will compare two of the most popular options: Scribd […] 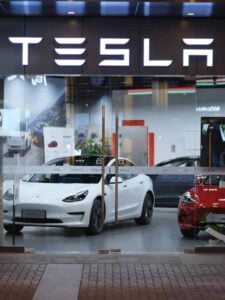 In 1964, Ford showcased its first Mustang at the New York World’s Fair. It was integrated into Walt Disney’s Magic Skyway ride and attracted over 15 million people. Since then, the pony car has been synonymous with power for the average person and the face of the company. Nearly 60 years later, Ford did something […] 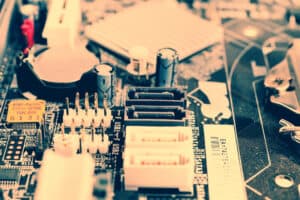 Mini-ITX vs. Micro-ATX – What’s the difference?

So, you want to build a custom PC, but don’t know what type of motherboard to buy. Not all motherboards are built the same way. They can vary in size, cost, and features. All these can make a world of difference in your computer’s performance. In this article, we will put Mini-ITX vs Micro-ATX head-to-head, […]

Sonos vs Bose: Which Speaker Brand Is Best?

Sonos and Bose are two respectable in-home sound systems. For decades, they have been competing for the honor of being the best speaker brand on the market. From their sound systems to their smart speakers, their respective products have cemented their status as two of the best audio brands money can buy. But which is […] 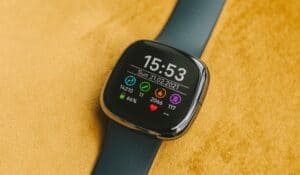 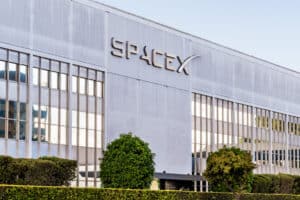 SpaceX vs NASA: Are They Different and Do They Work Together?

On December 13, 1972, Commander Eugene A. Cernan took humanity’s last steps on the Moon. Apollo 17 marked the end of NASA’s crewed lunar missions. Nearly 50 years later, in 2021, the spaceflight agency announced the Artemis Program, finally attempting to return. However, it’s not the only organization attempting to make the journey. For the […] 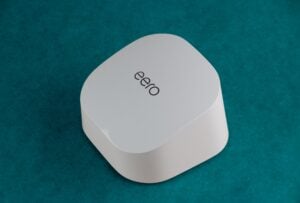 Have you been plagued by network connectivity or speed issues at home? A mesh WiFi network might just be what you need to fix your network problems. Not only does the device connect to multiple devices, but it extends the normal range of your WiFi. One company that has been doing well is Eero. In […] 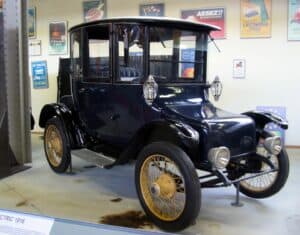 Elon Musk and Thomas Edison are incredible figures that have significantly impacted the world by shaping how we live our lives. Both also started as engineers before going the entrepreneurial route and amassing large fortunes based on their most successful inventions. Edison’s inventions include the motion picture camera and practical electric light bulbs. He also […] 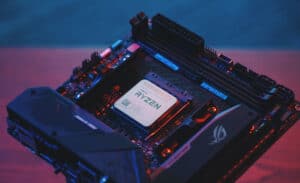 As a game enthusiast looking to know which processor is best for gaming and productive use between Ryzen 5 3600 vs 5600x, our best bet is, since you know your onions regarding making the best choice of CPU products (Ryzen) for gaming purposes, then, you deserve to be guided to selecting the best for high-performance, […] 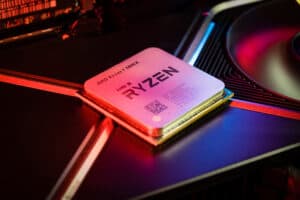 If you have been shopping around for a new CPU, you may have stumbled across Ryzen 5 5600x and the Ryzen 7 5800x – two of the best mid-tier processors from AMD. Both processors are superb for building a PC for VR gaming, streaming, and content creation. Let’s dive into the Ryzen 5 5600x vs […] 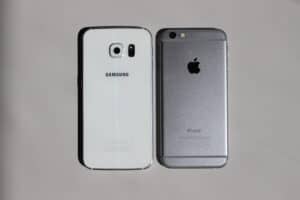 iPhone Vs Samsung: Which Is The Best Brand?

Apple and Samsung are two of the most popular smartphone manufacturers today. Both companies have been dominating their respective segments for years now. Their success comes down to two things: product innovation and brand management. When shopping for a new smartphone, it’s easy to get torn between these two iconic brands. On the surface, these […] 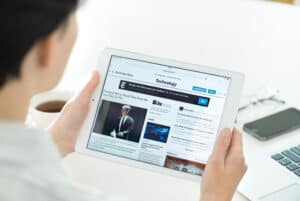 Instapaper vs Pocket: Which is Better For Most People?

Is your browser overloaded with tabs, bookmarks, and other notes to help you remember articles you want to read? Keeping track of all the fascinating news, excellent deals, and helpful how-to guides can be challenging. Thankfully, both Instapaper and Pocket help you solve this issue. Explore the similarities and differences to discover the pros and […] 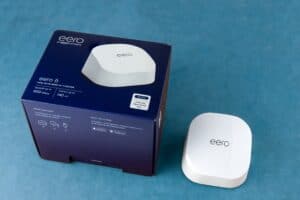 Eero vs Orbi: Full Comparison Whether lounging at home or going through the motions in the workplace, one thing is unquestionable: we all need reliable internet. If you have ever experienced the pain of a spotty Wi-Fi connection or the frustration of slow speeds, then you know firsthand the struggle of having insufficient Wi-Fi equipment. […] 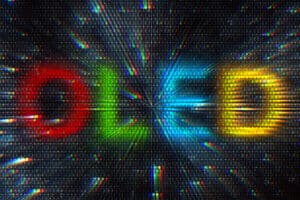 Neo QLED vs OLED – Which One Is Better?

TVs have come a long way from what they were a few decades and even a few years ago. Consumers can now choose from different technology options such as Neo QLED and OLED for quality that was not possible in the past. However, choosing a TV has gotten more complicated because of the high tech […] 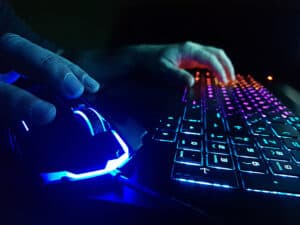 ISO vs ANSI Keyboards: What Are The Differences? Which Is Better?

There are many different keyboard layouts, which can confuse users unfamiliar with them. However, ANSI and ISO are acronyms for two different but popular keyboard layouts. They stand for two of the organizations which set consensus standards for products. ANSI stands for the American National Standards Institute, and ISO, the International Organization for Standardization. If […] 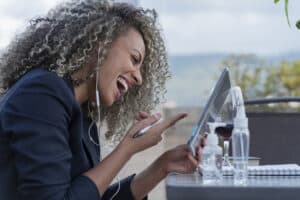 Dating apps have changed the lives of people around the world. Both men and women can now find love at their fingertips. Hinge and Tinder are two of the most popular dating apps, each with unique features and concepts that help users meet like-minded people in their area or even around the world. However, both […] 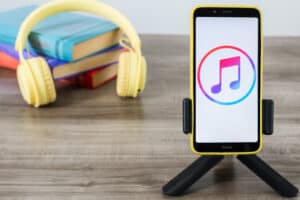 ALAC vs FLAC: What Are The Differences?