What is HTML: Everything to Know 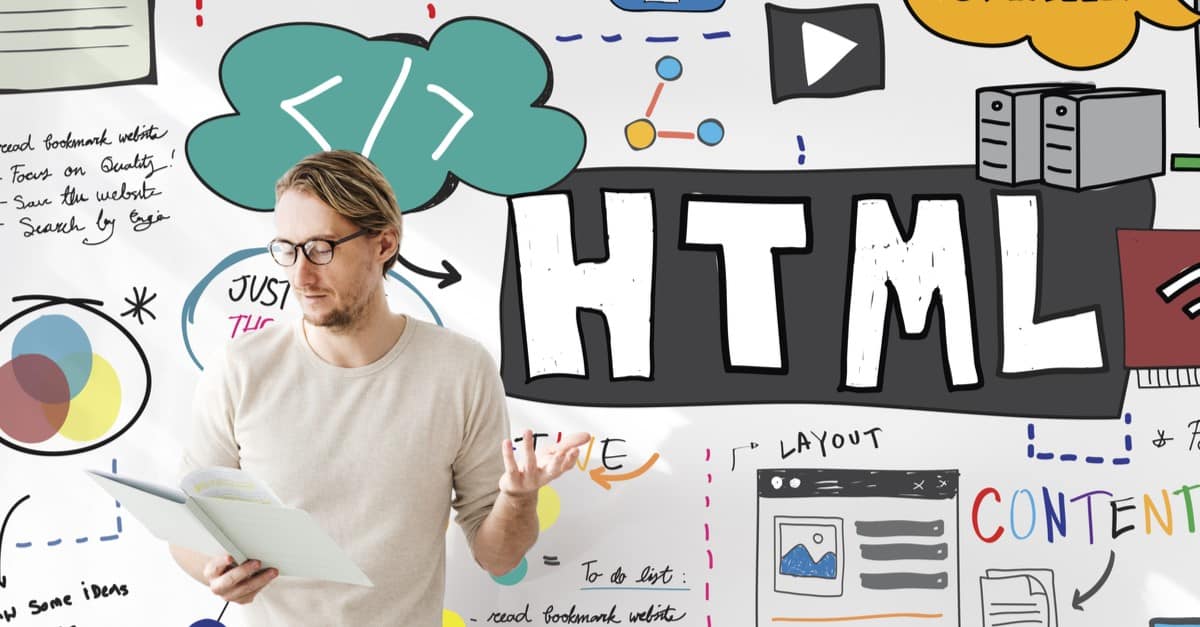 Home » Software » What is HTML: Everything to Know
Published on October 5, 2021

While some attribute the domain naming system (DNS) with increasing the use of the internet beyond computer enthusiasts, HTML is largely responsible for rapid public adoption of internet use. Early connected models were purely text and usually run through text-based user interfaces like DOS. This meant that accessing information could be difficult. Even worse, the document may be formatted in a manner that was difficult to parse through.

HTML and HTTP allowed for documents to be organized on the page in a readable manner. The use of tags to organize text, images, and links to other websites was wildly successful. The ideology and concept behind HyperText Markup Language drove many to further develop its features.

The Term HyperText Was Coined In The 60s

Adding another coal into the fiery debate over who invented the internet, the term ‘hypertext’ was coined by Ted Nelson in the 60s long before Tim Berners-Lee created the widely successful HTTP and HTML pair. Ted Nelson wrote extensively about the idea of an interconnected world. He even attempted to create his hypertext system with Project Xanadu. Unfortunately, Ted Nelson was a man ahead of his time. The technology required to accomplish his dream was only a few short decades from being ready.

HTTP Is What Makes HTML Useful

What is HTML: Explained

HyperText Markup Language (HTML) is a format language used by HyperText Transfer Protocol (HTTP) to organize and denote the presentation and functionality of an HTML document or website. Without it, websites would appear to be massive blocks of texts. With it, the experience of visiting pages through a web browser is much more intuitive and fun.

HyperText Markup Language was created by Tim Berners-Lee. The idea was to implement a hypertext system, first attempted by Ted Nelson with Project Xanadu, into a universal standard like SGML. The attempt was more than successful.

From its inception as an idea from the mind of Ted Nelson to the birth of the first functional method by Tim Berners-Lee, HyperText Markup Language has come a long way in providing website capability and functionality. It has allowed for entrepreneurship, creativity, and shared experiences over thirty years and five mainline versions. With HTML5, HTML is still functional as the backbone of the internet to this day.

How to use HTML

HyperText Markup Language can be created using any text editor. If you don’t have access to a text editor on your computer, go to your preferred search engine and download a free option. You can also use online options like Google Docs if you don’t want to download unfamiliar software.

Once you have selected a text editor, create a new document. From here, you’ll need to have adequate experience in HTML tags and publishing to create your HyperText Markup Language document. Beginners can make use of free online classes to learn the basics.

After you have an HTML file, you can open it with a web browser. If you want the file to be visible online through a domain name, you’ll need to use an online hosting service.

How To Learn HTML

The best way to learn HyperText Markup Language tags is with practice. Educational and free online courses are a great way to start.

With access to a library of the features and tags provided by HTML5, you should attempt to create your own pages. Draw out a visualization of what you want the finished page to look like. Then attempt to recreate your design with HTML. Do not be afraid to seek guidance online.

The Difference Between HTML and CSS

Creating professional web pages has evolved drastically since the birth of HTML. At first, all design and style choices had to be implemented into one HTML document for each page. With the advent of HTML 3.2, cascading style sheets (CSS) were introduced.

Modern website designers were likely introduced to both CSS and HTML at the same time. Both are used to organize a website’s presentation. However, CSS was designed to separate the presentation elements of the web browser window from functionality. With this method, form capabilities and website background processes could be designed more efficiently.

While CSS documents may look similar to HTML documents, they are only meant for presentation tags. For a better look at the difference between HTML and CSS, download some CSS sheet examples.

The original release of HyperText Markup Language. The first version was a slightly modified SGML meant to incorporate Tim Berners-Lee’s ideas for hypertext linking. Many of the base elements and tags used in HTML standards were taken directly from SGML. However, the addition of the hypertext reference with an anchor element revolutionized online document presentation and connectivity.

The second iteration of HyperText Markup Language kept every aspect of the original versions. In 1994, HTML 2.0 was released to expand and improve upon its predecessor. Document form was front and center. The release of new and wild internet browsers brought about the need for solidifying standards and improvement to standard functionality. Some browsers attempted to complement the improvements in HyperText Markup Language with a new concept, creating tag layers specific to browsers.

The internet began to boom. HyperText Markup Language was growing rapidly in use and the tech world demanded more capabilities and tags. At the first World Wide Web conference in 1994, Dave Raggett presented his current work on HTML+ to the community. After a thorough discussion, his work and additions were thought significant enough to be used in HTML 3.0.

Raggett then worked with a team at CERN to develop version 3.2. This iteration added text flow around a captioned figure, background images, resizable tables, and math functions. This version was also the one to introduce Cascading Style Sheets.

The largest iteration and last upgrade for traditional HyperText Markup Language. HTML 4.01 brought about the concept of CSS files existing outside of the HTML document. This allowed for bettered customization for each page as the same CSS could be used across multiple pages without being rewritten for every page. HTML 4.01 also added a slew of new capability tags.

HTML 5 is the latest version of the HyperText Markup Language. It was released in 2014 and is still in use today. HTML5 introduced support for modern types of information and meta tag details such as geolocation support tags. A few other new tags birthed with HTML5 are form tags like email and password, object tags like audio, and semantics tags like header and footer.

What is HTML: Everything to Know FAQs (Frequently Asked Questions)

When did HTML come out?

What was the original price of HTML?

HTML is and always has been free.

HTML is a mark-up language meant to help parse and sort information through HyperText Transfer Protocol.

What does HTML stand for?

What is HTML used for?

HTML is used to parse and organize information in an HTML document to be published online.

What is HTML with example?

HTML is a mark-up language used to organized information for online publishing. Tags are placed inside brackets to denote how the protocol should handle the information, for example:

This is a header title.

How do I write HTML code?

HTML can be written in most text editors. The most commonly used text editors are Microsoft Word, Google Docs, and Pages. To learn the different tags and elements used in HTML, you’ll want to read through an online tutorial or take a class.

What are HTML 5 standards?

The 5 coding standards of HTML are Validation, Self-closing Elements, Attributes and Tags, Quotes, and Indentation.

How do you center an image or text in HTML?

This text will display in the middle of the screen.
Center Text CSS Code Example:

This text is centered!