The History of Apache HBase: A Complete Guide 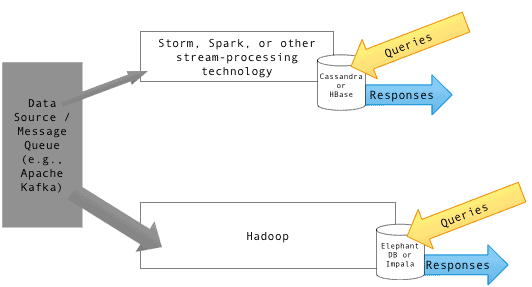 Home » Software » The History of Apache HBase: A Complete Guide
Published on September 27, 2021

What is Apache HBase: Explained

Apache HBase is essentially a massive data table software. Written in Java and designed for cross-platform usage, the program was modeled after similar massive tables, like Google’s Big Table. The size of the program is massive, and it is capable of storing billions of individual data sets and records.

Additionally, Apache HBase allows for data to be analyzed in real-time, as it is entered. That data can then be easily accessed by users or back-end developers. Furthermore, the data can be constantly rewritten, allowing all parties involved easy access and the ability to change information. This makes the program highly useful for communication or commerce purposes.

There is no question that Apache HBase is a wildly successful program. As noted in its development history, more and more major commercial entities have been using the program, including titans like Facebook Messenger (although the company has since moved away from Apache HBase). Its architecture is very user-friendly and designed to be rapidly scaled up and customized, thus expanding its potential usefulness.

Users have generally praised the program, finding it easy to establish. Review sites have also noted that it allows for data to be accessed in a non-sequential manner. This is vitally important when you are dealing with billions of data sets. Since the program is also open-source, this means that it can be utilized by individuals who need to use massive amounts of tables for academic purposes.

Apache HBase and Cassandra are roughly in the same class of software and are often compared to each other. They have similar features, can be used to manage billions of pieces of software, and have somewhat similar programming architecture.

However, there are major differences between the software. Cassandra – which started as a project of Facebook’s Inbox – allows for alterations in the format of rows and columns that Apache HBase doesn’t have. Cassandra also operates its own programming language (Cassandra Query Language) which is very similar to SQL. As such, individuals who are familiar with SQL may prefer Cassandra. Furthermore, Cassandra’s architecture is highly distributed. This means that Apache HBase can have a single point of failure – but Cassandra really cannot.

At the same time, several disadvantages of Cassandra have been noted that have not been replicated in Apache HBase. The distributed nature of Cassandra’s architecture means that if one node fails, preservation of other nodes becomes more difficult and can slow the operability of the entire data set.

How to use Apache HBase

Apache HBase is a highly customizable program, meaning that users can use the program in a slew of different ways that best suits their needs. Furthermore, a variety of tutorials can help to allow users to determine the best way for them to use the program.

Generally speaking, using this software means that you have to determine the best way to enter the data and allow for the creation of user interfaces so that data can be entered, reentered, and accessed by other programs. It allows for input and output to be entered directly and then exported as needed, often using the Hadoop suite of programs.

A variety of tutorials can be used to help you determine the specific way to use the program.

A slew of versions of the product has been released and tested since it first became available in 2008. Most versions have followed the typical development process of making small but significant improvements to the program’s stability, speedy, and features.

At the moment, an Alpha version – Apache HBase 3.0.0 – is available. Version 2.4.6 is the most stable version currently available.

What is Apache HBase: Explained

As noted above, Apache HBase is a NoSQL database, meaning that data and tables can be entered that contain billions of individual points. As a result of this, information can be accessed, entered, and reentered, regardless of the sequence in which it is entered.

The software comes with many benefits and features. These include:

When did Apache HBase come out?

Apache HBase originally came out in March of 2008. Many versions have been released since then, with the most recent version coming out in January 2021.

What was the original price of Apache HBase?

What is Apache HBase?

Apache HBase is a massive database that allows information to be easily accessed, written, rewritten, and stored. This makes it easy for users to massive amounts of data. It is also a highly scalable program, meaning it has a slew of uses.

What are the components of Apache HBase?

HMaster, which assigns regions of data to the region server.
Region Server, which handles requests from users for data input and output.
ZooKeeper, which manages and tracks the data as it flows across region servers.

What is Apache HBase used for?

Apache HBase is used for programs that require constant insertion and rewriting of data. This allows for major users of the program, including commerce or communication.

How does Apache HBase work?

In Apache HBase, all data is stored in its own column and with a row key that is assigned randomly to each piece of data. Because of the non-sequential order of the database, data can be retrieved and stored with remarkable speed, regardless of how much data is stored in a database. Furthermore, data is distributed across multiple servers, allowing easy access for individuals seeking to retrieve the data. This architecture helps explain why the program is so popular for communication platforms.