The History of Hypertext: A Complete Guide

Facts about Hypertext Hypertext comes in many forms, including as a link to another webpage, a file, a graphic, or more. The […] 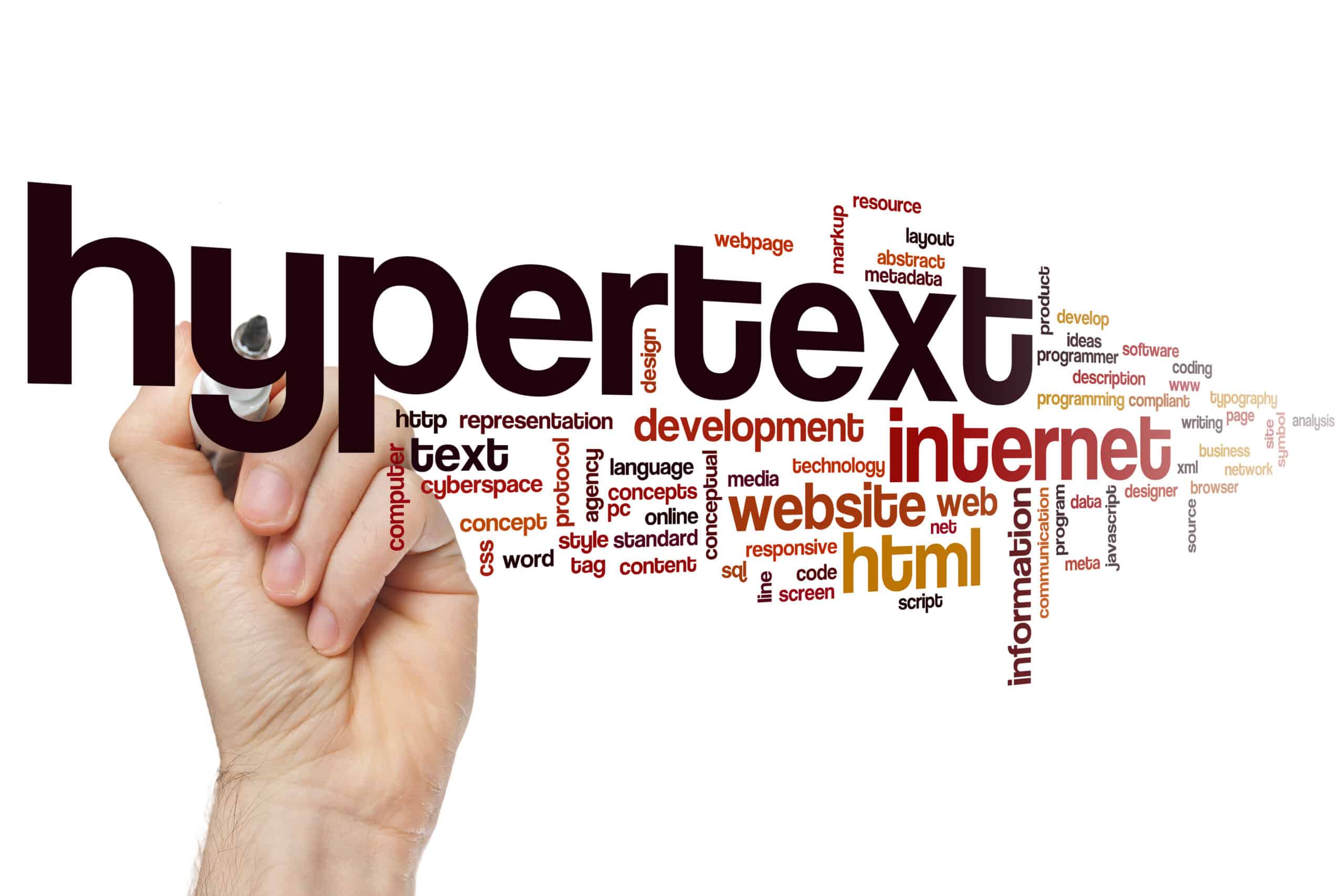 Home » Software » The History of Hypertext: A Complete Guide
Published on September 30, 2021

What is Hypertext: Explained

Hypertext is a type of clickable text that is available on a computer or electronic device. Clicking on that text, also known as a hyperlink, will bring the user to another internet page, file, website, or more. This technology was considered revolutionary for its time, as it allowed for easy access from one file to another when using a computer program.

Previous to this invention, individuals would have to literally close and open files if they wanted to change information. Hypertext allows for someone to easily access a file, better integrating a variety of data sources into a neat, clickable, and intuitive format.

While the idea behind hypertext was originally one that was meant as an easy way to allow smooth transition between different files and multimedia sources, it evolved into a variety of other inputs. This software has been incorporated into a variety of other forms of media, including point and click games, YouTube annotations, and more. These entertainment mediums incorporate the concept as part of their entertainment experience, requiring others to click on links in order to gain information and complete the experience.

The benefits are many fold. For the average user who sees hypertext in HTML or in multimedia, it can be used to easily open another file or move from one file to another. This makes it easy to access additional information. There are also aesthetic benefits to it, as one can easily insert files for reading and writing without requiring that a user visit another page.

Contrary to popular belief, Hypertext is not a set, uniform concept. Indeed, there are four different types:

How to use Hypertext

At this point, there are typically two ways an individual can use Hypertext in a computer.

The first is using a built-in Graphical User Interface. GUIs typically allow for users to click on a few visual items and engage in a function that would otherwise require advanced knowledge of programming of computer languages. Many word processors and web editors have built-in GUIs that allow for the insertion of hyperlinks that can take an individual to another webpage, file, image, video, sound file, or more.

Second, individuals can use HTML in order to make such an insertion. This requires proper knowledge of the programming language, but inserting a link into a file is relatively simple and can usually be done easily.

How to learn it

Fortunately, learning hypertext is typically a relatively easily process. When it comes to using it in a document or on a website, it is generally a matter of developing a solid understanding of the system’s GUI, or learning HTML so you learn how to insert it.

Different programs use this method in different ways and may require you to get a better understanding of the mechanics of that program. There are multiple programs, such as Tinderbox or Storyspace, which allow writers to learn how to use Hypertext. These programs require learning the mechanics of the systems.

Thankfully, generally speaking, most programs that utilize Hypertext only require you to learn the general concept and how to operate their interface.

Hypertext is not a formal software package. Instead, it is a common part of HTML, or HyperText Markup Language. Indeed, Hypertext is a fundamental component of HTML, and it is used extensively within this coding language that is so common among today’s internet.

Interestingly, hypertext did not start as a technologically-based idea. The origins of Hypertext can be traced back to 1941’s “The Garden of Forking Paths,” a short story by Jorge Luis Borges which serves as one of the first examples of Hypertext. In the story, multiple narratives are ongoing at the same time, with readers able to use in-book hypertext to follow the  story in the direction of their choosing.

This idea served as inspiration for later, technologically-based hypertext. In 1962, Dr. Douglas Englebart began to develop a system for hypertext, although it wasn’t known as hypertext at the time. In 1965, the idea took a greater technological bent, when Ted Nelson coined the term and its modern day definition.

Over time, the term would continue to advance, being formally encoded in HTML, used in countless Wikipedia-like programs, and known by many other synonyms, such as links or hyperlinks. The examples of hypertext today are nearly endless, and they can be found in countless internet-based and software programs.

What is hypertext and example?

Hypertext essentially acts as hyperlinks from one page to another. Clicking on hypertext in HTML or in multimedia will take users to another page that they can access and navigate as easily as the first page they were looking at.

The examples of hypertext are almost endless. One of the easily viewable examples is on pages like Wikipedia. Users who are visiting a Wikipedia page can click on another page while reading information. This will take them to an alternative Wikipedia page. This not only makes reading information easier, but makes it easy for readers to learn more. When writing in HTML, authors can use hypertext to refer to information, making it an easy reference point for readers.

Why is it called hypertext?

It is called Hypertext because of the Greek prefix, Hyper. In this sense, hyper is a synonym for “addition.” Hypertext allows users to get more than just the meaning out of a word, as they can use it to access additional websites for reading and writing purposes. Hypertext also works as more than just works, as it can be used in multimedia, providing users easy access to sounds, video, other websites, and more.

What is hypertext and WWW?

In the context of the world wide web, hypertext is a link that sends someone from one webpage to another. It allows people to click on a link and easily access another webpage.

What is hypertext used for?

Hypertext is used for multiple purposes:

When did Hypertext come out?

What was the original price of Hypertext?

Using Hypertext is free and always has been. However, some program’s may charge for purchase that use hypertext.