If you’re in the market for a new graphics card, there are a ton of options out there to choose from. While this is not necessarily a bad thing, finding the right GPU for your individual setup can be a bit overwhelming. Currently, the best graphics cards out there come from the Nvidia RTX 30 series and the AMD RX 6000 series. But truth be told, those cards are high in price, and not everyone needs that much power. For PC users who are looking for great cards with more forgiving price points, the RTX 2060 and RTX 2070 are perfect.

At first glance, it might seem like the differences between RTX 2060 and RTX 2070 aren’t that significant. So, you should just go with the higher version, right? But even slight differences can impact your PC’s overall performance, especially if you are using it for high-intensity processes like gaming or video editing. Let’s take a look at the two cards.

It is easy to see that the RTX 2070 outpaces the RTX 2060 in nearly every metric except, most importantly, price (and boost clock, but we’ll get to that). But is the RTX 2070 really worth the higher price? There are a few factors that need to be taken into account before making a decision.

Right off the bat, the RTX 2070 is working with approximately 400 more cores than the RTX 2060. But that isn’t quite the advantage you would think. From a gaming standpoint, the RTX 2070 is going to have a little easier time processing higher-end graphics, but not enough to make a huge difference. Likewise, for video editors looking to punch up their performance, the extra CUDA cores offer a slight advantage. But it still isn’t able to perform 4k playback at full res, making it a bit of a moot point.

So, the higher core count on its own isn’t enough to set 2070 apart from 2060. However, when working in tandem with other components, the RTX 2070 really starts to pull away.

Both the RTX 2060 and RTX 2070 utilize GDDR6 SDRAM, which accounts for the higher memory speed when compared with Nvidia’s predecessor 10 series. This allows each card to push up to 14 Gbps respectively so they are fully equipped for next-gen gaming demands. However, the RTX 2070 comes loaded with 8GBs memory, while the 2060 has 6GB.

For most modern games, 6GB is enough. But as developers continue to push graphics technology further, more and more titles are demanding higher memory. Right now, that extra memory is only going to count with the most demanding games, but for video editors with high-intensity workloads, the RTX 2070 is the clear winner.

The RTX 2060 and the RTX 2070 are nothing to turn your nose up at when it comes to gaming. In addition to the advanced memory mentioned earlier, both cards feature ray-tracing capabilities. But how do they stack up when tested by the graphically taxing games?

Side-by-side, the 2070 maintains its advantage in resolution. Games like Forza Horizon 4 look crisper and slightly more detailed. Although with games like Witcher 3: The Wild Hunt the differences were very hard to determine other than the smoother gameplay due to the increased framerates of the RTX 2070.

It is also worth mentioning clock speeds and some of the misconceptions when comparing the RTX 2060 and 2070. Glancing at the spec sheet, it is easy to determine that the boost clock on the 2060 is better than the 2070. Unfortunately, this doesn’t give the RTX 2060 the push it would need to compete with the 2070. Because the RTX 2070 outperforms the 2060 in every other category, the chasm between the two in performance is too great. It is possible this could boost benchmarks slightly for the 2060, but it will still fall short of the 2070.

Ok, that was a lot. But you’re still here, so I haven’t lost you yet! Let’s recap some facts and point out the top ten things you need to know before making a purchase. 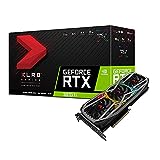 At this point, the RTX 2070 is looking pretty good. It offers a better all-around gaming experience, faster performance, and more memory. So, that’s it, right? Well, not quite. While the RTX 2070 is an impressive graphics card, it comes at a steep price. The question then becomes, Are you getting your money’s worth going with the RTX 2070 over the RTX 2060?

It is true that the RTX 2070 surpasses the 2060 in most metrics (clock speed notwithstanding) but by no means does it blow it out of the water. For instance, if you take a look at ray-tracing cores, there is such a negligible difference that it was hardly worth mentioning. That said, the RTX 2070’s memory does set it apart.

All in all, it boils down to this: the RTX 2060 is a great graphics card for the price. You’ll be able to play the latest games on high res FHD settings with little trouble and get ray tracing for an affordable price. If you are looking to really elevate your gaming, or get faster performance for video editing, then the RTX 2070 is well worth the price.

For more on gaming, check out these articles: Best Gaming Monitors for 2022 and Best Gaming Laptops.

The RTX 2060 and 2070 are both very impressive graphics cards. There are a lot of similarities, including the architecture & ray tracing. It really comes down to individual needs. The RTX 2060 is a great card for gaming at 1080p on Ultra settings and at $349 it is easier on the wallet. The RTX 2070 is a bit higher in price but it features 8GB of GDDR6 ram as well as higher metrics across the board.

The RTX 2070 is technically faster but the RTX 2060 is napping at its heels in many ways. Still, when all components are working together the RTX 2070 starts to pull away from the RTX 2060. Ultimately, with the extra memory and slight advantage in CUDA cores, the RTX 2070 is clearly the faster card.

The RTX 2070 maintains its dominance in the gaming arena as well. It can play at full 4k settings at 60fps whereas the RTX 2060 can only do about 30fps on those same settings. The boosted clock speed on the RTX 2060 looks nice on paper but it is simply outmatched by the RTX 2070.

When viewed side by side the RTX 2070 looks clearer and renders slightly more detail. However, in games with linear level design, the RTX 2060 is able to shorten the gap.