The machine of Walter Snelling looks like it has a simple and reliable construction, but it never went in production and remained only on paper. 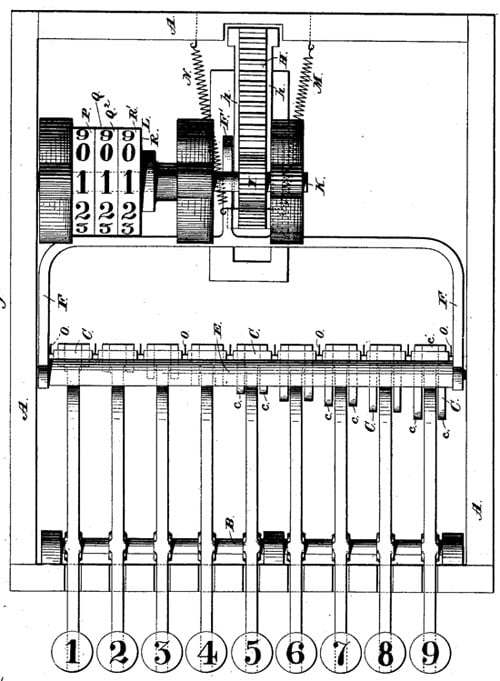 The calculating machine of Walter Snelling (the patent drawing)

Snelling’s are New England Protestants who arrived in America in 1649 one step ahead of Cromwell, because they were royalist and Cromwell had a price on their heads.

Walter Comonfort Snelling married on 20 October 1879 in Washington, DC, to Alice West Horner Snelling Moque (1861-1919), a journalist and author. They had 2 sons. Their first son, Walter Otheman Snelling (1880-1965) (see the nearby image), is a famous US chemist and inventor who contributed to the development of explosives and liquefied petroleum gas.

The Macintosh, or Mac, is a series of several lines of personal computers, manufactured by Apple Inc. The first Macintosh was introduced on January 24, 1984, by Steve Jobs and it was the first commercially successful personal computer to feature two … END_OF_DOCUMENT_TOKEN_TO_BE_REPLACED