While many people are getting prepped, NVIDIA is also trying to target more entry-level PC components that are incredibly affordable. The GTX 1630 is released at the time of writing, but it is hard to find one in the states. This card competes with AMD’s RX 6400 and Intel’s Arc A380.

In this review, I will cover as much information as we have currently on the GTX 1630. Know that some of these things might be subject to change as the cards become more widely available. Remember that this card will not knock anything out of the park. It’s intended to be a low-price competitor, not a powerhouse GPU.

As I have talked about before, it is hard to find the GTX 1630 outside of China right now. 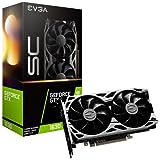 While it was announced on June 28th, it feels like it has not yet been released. This delayed release might be due to a couple of factors. First, NVIDIA could be waiting to push it to more markets until after it has been tested and see if it is worth shipping worldwide. It can also be due to the continued shortage problems that all tech companies are struggling with.

The price is another one of those things that’s not really official due to the card not being fully released. The MSRP for it is $165, but the only one I could find for sale is listed at $199.99. I am hoping that we actually see the MSRP for this GPU because if people can buy it for $165, it might make it more of an easy recommendation.

The GTX 1630 uses a Turing processor instead of the ampere processor on the cards like the RTX 3000 family. As far as more exciting features this card brings, there are not many. The power draw is incredibly low, with its TDP rated for 75W, which is lower than some laptop GPUs. The lower specs should also keep this card safe from being picked up in massive amounts by crypto miners.

I took the plunge and purchased one of these cards from EVGA. While it was $40 more than I expected to pay, it was worth it for the tests. Now I can provide you with some benchmarks for this card’s real-world performance. Many reviewers call this GPU an insult to gamers, and I am tempted to agree with that claim.

Looking at some modern-day games this card does perform to a level where games are even playable. In the chart below I have included the results for the RX 6400 as well. This is its closest competitor currently.

Granted, all these games are being played at the ultra quality so you might have a better time if you play these games at medium or even low graphics settings, but in a lot of these games, I want to look at the beautiful detail. The only one that stays above 60 is Rainbow Six Siege, which is more of an esports title. Esports is where this GPU feels targeted, so this might be the sweet spot for cheap esports gamers that don’t mind turning down the quality.

The substantial positive review I could give this card is its power efficiency. While I was doing these tests and pushing the GPU to its limits, the whole system only reached 191 watts. This model has a 6-pin power cable to run it, but technically speaking, there can be a model that will get the power it needs through the PCIe slot. That being said, running without external power, I can’t imagine how much slower it will run, but this is an excellent component for a low power draw that can game in a pinch.

Overall, my time with the GTX 1630 hasn’t been painful, but I would also not describe it as a pleasure to use either. If you are used to having a GPU that runs even a little bit faster, you will undoubtedly notice the slower speed difference with the GTX 1630.

This card is meant for people to save money on an entry-level PC that can build with all new components. So, if you want to save a buck or two, buying used components frees you out. This is entirely fair considering the current used market that could be quite the gamble buying a GPU.

The GTX 1630 also might be a good fit for you if you are building an extremely low power draw for a full-fledged PC. It is also well suited for a small form factor build that you will not have to worry about overheating or thermal throttling.

Do not buy the GTX 1630 if you want a GPU that will allow you to play games at full quality and with no problem. If you want to look at a budget card that you can actually play games with, be sure to check out GTX 1050, or if you are willing to jump in the budget a little bit, the GTX 1080-Ti.

Overall, I won’t entirely agree that the GTX 1630 is an insult to gamers, but it isn’t the best performance price. With a bunch of used cards flooding the market lately, you can pick up some cards that easily outperform the Nvidia GTX 1630.

If you want to buy a brand new card and still keep on a budget, I recommend looking towards AMDs cards or the RTX 3050, which might be dropping in price when the RTX 4000 series launches.

My number one rule when looking for a budget component is to keep an eye out for any new product launches that can potentially drop the price of the previous generation that you can still find new. Finally, if you haven’t seen the NVIDIA vs. EVGA article, look at a brand’s warranty policy when buying a used component because sometimes second-hand warranties are available.

The GTX cards are still good cards depending on which one you are looking at. A card like the GTX 1080-Ti can still compete with some modern-day computers.

Is Nvidia gtx1630 good for gaming?

The GTX 1630 is unsuitable for heavy gaming or games that you will need to turn up the quality on. But if you want to play light esports titles and don’t mind playing on medium quality, this card might be a nice low-budget card.

In my opinion, the GTX 1080-Ti is still the best GTX card available. If you are looking for much more power than that, you will need to look at the RTX lineup.