Mac Studio computers have been making waves in the computer world since their debut in March 2022, but do they live up to the hype? More importantly, how do they compare to PC? If you’re interested in the primary differences between the two or you’re trying to decide on your next purchase, keep reading to learn more so you can decide which one is right for you. 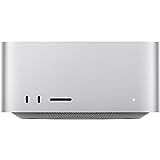 In comparison, PCs come with a variety of different features. There are many different types of CPUs, but most are from AMD and Intel. The main difference between processors relates to the number of cores it offers and the speed. Comparable high-end-desktop PCs utilize an Intel 16-core i9, but Core-i5 and Core-i7 are also common. The GPU in any PC is most likely made by Nvidia or AMD. Most desktop PCs support the use of discrete graphics cards, which are GPUs that are separate from the processor. This allows you to upgrade to the graphics card that is right for your needs. Most PCs offer 8GB to 32G of memory, but memory is one of the easiest components to upgrade if you require more. SSD storage is the most requested type of storage today, so it is commonly available on PC. Most start at 256GB, but you can easily find 1TB or utilize additional storage drives. Most PCs come equipped with ports for USB-C and USB-A, HDMI, ethernet, headphones, and display. Some may also have VGA ports, SD card readers, and DVD readers/writers.

For creative professionals, the Mac Studio reigns supreme. The CPU is a powerhouse, giving users a flawless experience during CPU-heavy tasks such as audio and video editing. Mac Studio machines are also good value when equated with performance. They are significantly faster than all but the highest-end PCs. Mac Studio is likewise on top when it comes to power efficiency, cooling, and noise, which could result in noticeable household energy savings. The M1 Max and the M1 Ultra are small and lightweight at 7.7 in” × 7.7 in” × 3.7 in” and 5.9lbs and 7.9lbs, respectively. Shipping without peripherals allows those already in the Mac ecosystem to use existing peripherals or cheaper third-party options. Mac Studio machines also offer a substantial number of ports for these peripherals. Devices in the Mac ecosystem are designed to work together, so if you already have an iPhone or Apple TV, the Mac Studio machines will integrate seamlessly with your current gadgets. Another bonus of the Apple ecosystem- with fewer Apple products, there are fewer viruses created for Mac operating systems. However, if you do run into issues, Apple customer service is considered some of the best in the business.

Although the Mac Studio line-up has a number of impressive advantages, the PC is still king when it comes to gaming. PCs can support dedicated GPUs with independent power supplies and cooling systems, providing more power than a system on a single chip. Users can also upgrade components to optimize performance. When it comes to gaming, the most powerful advantage for PC is most games are designed for Windows due to the larger market share. Additionally, PCs have greater compatibility with third-party hardware and software. PCs work well with Android, PlayStation, and Xbox. Greater compatibility also offers a wider variety of peripherals for purchase, which can result in significant savings over name brands. PCs are easily repairable, as compatible parts can be found from many vendors. As with games, most software is optimized for Windows. The large market share also comes with a wider range of computers at many different price points. Both budget consumers and those who want the latest and greatest can find or build a PC to fit their needs.

Mac Studio machines are more expensive and offer no user reparability or upgradeability. You cannot replace parts to extend the life of the machine or improve performance. If even one component fails, you will need a new computer. While the base model Mac Studio offers excellent performance for the price, the higher-end Ultra models have been shown to fall behind PC in some performance tests. CPU performance may be better than most Intel and AMD chips, but GPU performance is lacking. Mac also locks you into their ecosystem, limiting compatibility with third-party hardware and software. Mac Studio ships with zero peripherals, so if you are new to the Mac world, you’ll have to purchase a monitor, a keyboard, and a mouse at the outset. Gaming is likewise hindered as there are few games made natively for Mac, and as noted above, the compatibility with other software is just not there.

PCs are a viable alternative to Mac Studio computers, but they are not without their own limitations. Tests have shown users can get comparable performance from the newest Intel chips, but high-end PCs are also expensive and they pull significantly more power. This can generate considerable heat and noise. Desktop PCs likewise tend to be quite bulky when compared to the lightweight Mac Studio models. Widespread compatibility with third-party hardware and software also comes with drawbacks. Having components and peripherals from multiple vendors can result in system instability when all of the different parts try to communicate. It may be difficult to determine the problem, as well as decide who to contact for support. Security is also a greater concern for PCs. With more PCs on the market, there are more viruses created to target them. 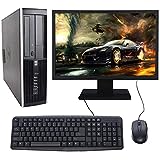 Mac Studio vs PC: Which is Better? Which Should You Choose?

If you run CPU-heavy workloads, if you want exceptional performance with little power outlay, if you are already invested in the Apple ecosystem, and if you are ready to upgrade to the best tech on the current market, you can do no better than the Mac Studio line-up.

If you are a gamer, if you run GPU-heavy workloads, or if the software you use most often isn’t supported by macOS, building a PC is your best bet. You’ll have the most flexibility with both hardware and software, and it can be adjusted, upgraded, and repaired as needed. If you’re not interested in building your own PC, there are myriad options for ready-built machines at every price point and professional level.

Is Mac Studio better than PC?

Most Windows machines will be unable to compete when it comes to CPU  performance, but Windows outpaces Mac Studio in GPU performance.

Yes, in most cases. Only the most up-to-date and high-powered PCs are close to Mac Studio price points.

Who should buy a Mac Studio computer?

Anyone who is running heavy CPU workloads like graphic design or video editing would benefit from the exceptional performance of the Mac Studio line-up.

Is Mac Studio good for gaming?

Mac Studio is not recommended for gaming, as most games are optimized for Windows.

Can you upgrade a Mac Studio computer?

No. You can configure your Mac Studio for optimum performance and storage at the point of sale, but it cannot be upgraded once purchased.

Trina is a freelance writer and content creator in Nashville, TN. As a former instructional designer, she is knowledgeable about eLearning, authoring tools, educational technology, and learning management systems. She is fascinated by space, science fiction, video games, gamification, personal tech, digital audio, and music production. When she is not writing, she can be found watching movies, playing video games, or going to concerts with her family. She is known far and wide as a cat fancier, an avid reader, a Star Wars enthusiast, and a death metal aficionado. @triedwar on Twitter.