Joseph Harris Jr. from Boston, Mass., was a prolific inventor from the middle of the nineteenth century. In 1861 he patented (US patent 31016) a simple adding device, somewhat similar to the earlier devices of Jabez Burns and John Ballou, and an inspiration for the later adding machine of Milton Jeffers

The device (see the lower patent drawing, unfortunately even the patent model didn’t survive to our time) consisted of a series of revolving wheels provided with pins and spring escapements, acting together in connection with an inclined plane. 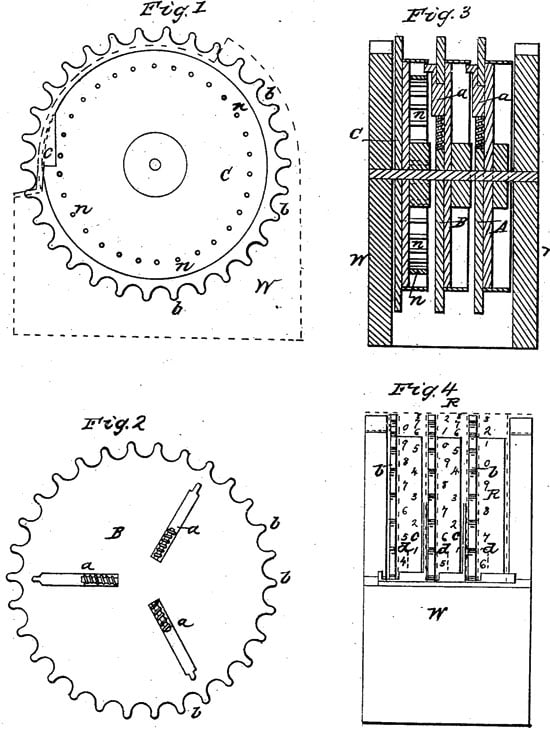 In order to avoid unnecessary prolixity, the patent drawing presents only three revolving wheels, designated for units (the right-hand wheel), tens (the middle), and hundreds.

The tens carry mechanism is implemented by means of the springs (marked with a, a, …), each placed halfway in the interval between 0 and 1 on the graduated index of wheels. When a spring comes in contact with an inclined plane (), it is compressed so that instead of continuing to traverse a circumference outside the pins (n, n, …), it pushes a tens pin () one graduation ahead.