Hyper-V and VirtualBox are two dominant virtualization products in the market.

On the other hand, VirtualBox is a type 2 hypervisor that runs on the host operating system. Hyper V vs VirtualBox, which is the better solution? Let’s see how they stack up with our side-by-side comparison, must-know facts, and key differences. 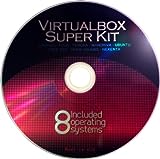 Hyper-V vs VirtualBox: What are the Differences?

VirtualBox is a Type 2 hypervisor. However, unlike the Hyper-V, which takes control of the BIOS or EUFI setting automatically. Users can start or stop a VirtualBox manually on demand when necessary.

Microsoft’s hardware virtualization product the Hyper-V lets you create and run a software version of a computer called a virtual machine or VM. Hyper-V can have a few virtual machines with each of them having their own OS or operating system all on one computer. This allows VMs to run multiple OSes next to each other.

Here a some other key differences between the Hyper-V and the VirtualBox:

Hyper-v only runs on Windows operating systems. Windows 10 and 11 for consumers and Windows Server 2008 for enterprise users. That said, you use it to host FreeBSD, Windows, and Linux guest OS on virtual machines.

On the other hand, VirtualBox can run on virtually every operating system out there. Windows, macOS, FreeBSD Solaris, Linux – you name it. Plus, additional guest OS.

Hyper-V and VirtualBox grant users access to drag-and-drop features between the OS in the host PC and the guest OS. While shared folders are invaluable for sharing files between the host and the guest OS, Hyper-V doesn’t support this feature. Users have to manually transfer folders in the host OS with either Windows GUI or PowerShell. VirtualBox comes out on top here as it has a built-in shared folders feature for smooth file transfer.

Concerned about security? Both hypervisors support different encryption mechanisms. For example, VirtualBox allows for encryption via VirtualBox Guest Additions available with each guest OS environment. Hyper-V allows for BitLocker encryption, which can be activated via VM settings or PowerShell.

A unique feature in VirtualBox, Seamless mode, causes the VM to “vanish,” creating the impression that the app running on your guest OS is native to your PC. You can use seamless mode to switch between your VM and desktop computer. Hyper-V doesn’t have a similar feature.

The upside is that you can avoid problems such as an OS crash that might affect other workloads. Moreover, you can give different people and users access to different programs. If you need more computing resources and a cost-efficient way of using existing hardware, Hyper-V is the safest bet.

This hypervisor can help you establish or expand a private cloud environment and use your hardware more effectively. You can also use it to expand your virtual desktop infrastructure (VDI). However, it has some limitations.

VirtualBox is open-source software that creates abstraction layers, or virtualizations of operating systems, over a physical computer. It runs on Linux, Windows, Macintosh and Solaris computers and supports various operating systems.

People use Virtual Box for different purposes, from testing new OS and updates to running software or applications that don’t work on modern operating systems. VirtualBox is also useful in malware analysis.

Hyper-V vs VirtualBox: Which is Better?

Hyper-V supports clustering features such as failover clustering and load balancing. Microsoft virtualization solution would be a good choice for companies that use Windows-based environments. Oracle VirtualBox is free, supports many guests and hosts various operating systems, making it suitable for multiplatform environments.

Ultimately, the choice of a hypervisor boils down to your needs and preferences. Each hypervisor has its own features and capabilities. If you can give both a shot, go ahead. However, VirtualBox comes on top, in our opinion.

Which one is better Hyper-V or VirtualBox?

Hyper-V can only be installed on Windows-based systems, while VirtualBox is a multiplatform product. Depending on your requirements, use of a specific OS, etc., decide for yourself which technology is best for you.

Is Hyper-V the same as VirtualBox?

Hyper-V and VirtualBox are both server virtualization products designed to run virtual machines, however, they serve different purposes.

What are the disadvantages of Hyper-V?

The major disadvantages of Hyper-V are:

Why does Hyper-V behave the same as VirtualBox?

Henderson Jayden Harper is a passionate technical writer focusing on personal tech, EVs, video games, Cryptocurrencies, and anything related to the history of technology. A certified gadget freak, he always feels the need to surround himself with next-generation electronics. When he is not working, he splits his free time between gaming, playing football, watching movies, and going on adventures in the wild.