Are you planning to get a WiFi router and wondering which is best, eero Beacon vs Extender? The eero Beacon is a small, portable device that has multiple access points, all on a single network, and works with great speed. The Extender is a wireless device used to extend your signal with the help of a repeater.

They’ve both been around for a while, but they’re pretty different in terms of their features, design, and price. The eero Beacon is an elegant and powerful router that can help you get more range in your home. On the other hand, the eero Extender allows you to expand your WiFi coverage by adding a wireless signal to any existing wireless devices, like smart TVs, printers, and more. So, If you want to know which one is best for you, keep reading!

eero Beacon vs Extender: Side By Side Comparison

Eero’s range extenders can reach up to 3 miles away from your router, which means you won’t need as many of them as you would if you were trying to cover more ground in your home or office. So, with eero Beacon, you can have a WiFi system that employs numerous access points to give your home fast, dependable coverage on a single network. However, the range extender lengthens the range of your wireless network. It also makes it possible to access the Internet when you’re not close enough to your router to get a strong signal. 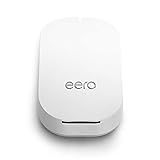 This is a WiFi system that supplies your home with fast coverage through multiple access points on a single network. The primary purpose of an eero Beacon is to provide your home with incredible network speed and cover up to 1500 sq ft per device. The eero Beacon is wireless and therefore requires no purchase of cables to function. 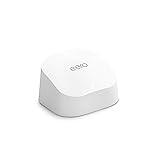 The extender is simply a device that duplicates and rebroadcasts your already existing Wi-Fi network. Its primary purpose is to extend the signal range. As a result, adding a Wi-Fi extender is a great, easy way of improving your Wi-Fi signal.

eero Beacon vs Extender: Which One Is Best For You?

While the choice between the eero Beacon and the eero Extender boils down to your needs, we recommend you go for the Extender instead of another eero Beacon. It allows the range of the network to reach more people, although with a slight reduction in network quality. Extenders can also be easily installed without any technical knowledge.

Because the eero Extender duplicates, then replicates an already existing Wi-Fi network, it’s the best option for extending your network; not to mention cheaper. It’s a particularly good choice if you possess higher Internet speeds.

How is eero Beacon different from an eero Extender?

The eero Beacon is a Wi-Fi system that supplies your home with fast coverage through multiple access points on a single network. On the other hand, the Extender is simply a device that joins your existing Wi-Fi network to rebroadcast it. Its primary purpose is to extend the signal range.

How far away should eero devices be from each other?

It would help if you kept your eero devices relatively close to each other. The recommended distance is 50 feet. When the network is up and running, feel free to spread them around your home.

Is a mesh system better than an Extender?

Yes, a mesh system is more seamless, quick to update, and efficient.

How far can an eero be from a modem?

Eeros are at their best when they are twenty to thirty feet away from objects capable of causing interference. Please avoid placing your eero on top of a microwave oven.