The Complete Guide to Artificial Intelligence

What is Artificial Intelligence: The Complete Explanation Artificial intelligence, commonly abbreviated as AI, is the idea that a computer program or other […] 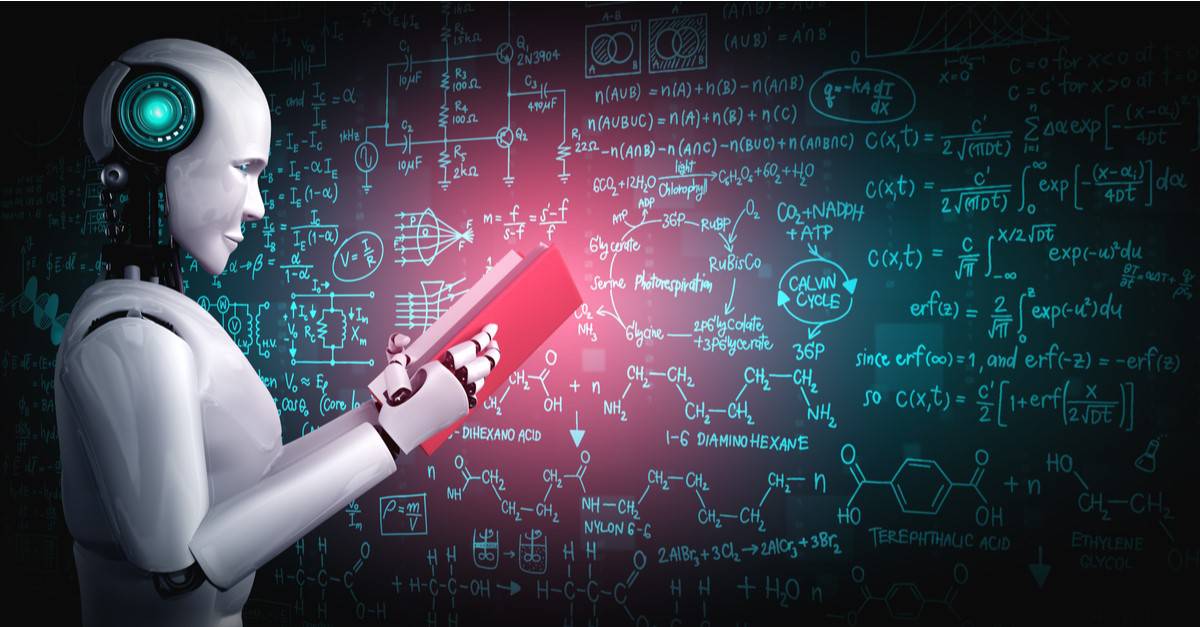 What is Artificial Intelligence: The Complete Explanation

AI as a concept was first conceived of by British mathematician Alan Turing (see the biography of Alan Turing) in a 1950 publication. The field was formalized at a series of meeting in Dartmouth, New Hampshire in 1956. In the decades since AI as a field has grown considerably and gone through many changes conceptually. Scientists studying AI have also struggled to scale their approaches up to be reproducible broadly speaking. Because of these issues, it is often difficult to pin down what exactly the purpose of AI should be or the best approach to get there. At the center of every definition, though, is an attempt to solve problems using machines that can use rational thought processes.

Today, artificial intelligence typically refers to specialized pieces of software used by companies, in healthcare, and in other settings that use pattern recognition and very large data sets to solve or assist with solving specific problems. For example, self-driving cars use road maps, GPS coordinates, and camera inputs to determine the best route from point A to point B and how to drive there safely. Present-day AIs may not meet every past definition of the concept but often excel at the specific issues they are designed for. Prior to their use, these AIs require significant “training” from human programmers and scientists and are far from perfect. In the future, technology may well advance to a point where machine intelligence can outperform humans and have thought processes completely indistinguishable from our own.

The best definition of artificial intelligence is hard to pin down. In the Stanford Encyclopedia of Philosophy, philosophers Bringsjord and Govindarajulu argue for a definition that approaches what AI is based on what it aims to achieve.

Less an exact definition and more of a framework, Bringsjord and Govindarajulu’s system split AI into a field that tries to create machines that meet one of the four following definitions:

Although it seems counter-intuitive to define a technological concept like artificial intelligence using a philosophy text, Bringsjord and Govindarajulu’s view of AI as a broad field that tries to achieve one of four specific aims allows for much more clarity than most definitions, which get bogged down in specifics and do not scale to general use. As a result, this framework is a great way to conceptualize the idea of “intelligent” artificial beings and arguably the best definition.

How does Artificial Intelligence work?

Artificial intelligence works by joining the high processing power of a specialized piece of computer software with incredibly large sets of data. Once an AI has been trained on the data set for a problem, it will be able to spot patterns in the data and make assumptions about relevant questions given to it.

In essence, what we call an “artificial intelligence” today is a program that can use super-human pattern recognition and high processing power to make decisions about specific problems.

How do you create Artificial Intelligence?

With today’s technology, the first step of creating an AI is to figure out what problem you want to solve. That’s because computers are not powerful enough yet to create a general AI that can solve any problem.

After you know your goal, the next steps are to gather data relevant to the problem and “train” the AI on it using either an existing algorithm for machine learning or one you have created on your own.

Once the AI has been trained on the data set, it is ready for implementation. In this final step, you build an environment for the AI to do its processing work. This can include selecting a specific programming language, installing hardware, or finding server space to host the finished software.

Where did Artificial Intelligence originate?

Alan Turing (see the biography of Alan Turing) was one of the first to clearly articulate it. In a 1950 paper titled Computing Machinery and Intelligence, Turing raises the question of whether machines can think and how their thinking might be tested. This paper also introduced what is now called the “Turing test,” a method to determine whether a machine can be considered intelligent.

Half a decade later, artificial intelligence as a modern field of study was conceived of at a conference held in Dartmouth, New Hampshire in 1956 called the Dartmouth Summer Research Project on Artificial Intelligence. At this conference, which lasted approximately 8 weeks, nearly fifty scientists including organizers Marvin Minsky, Nathaniel Rochester, and Claude Shannon debated the topic of how to create machines that could think and act for themselves.

Of course, it would be many decades before a machine could be created that might be considered an AI by any definition. All the same, the broad-ranging discussions held at this lengthy conference were incredibly influential in establishing the core concepts and ideas behind the field of artificial intelligence.

What are the applications of Artificial Intelligence?

There are numerous ways AI can be used to improve life for humans, especially for repetitive tasks or those that rely heavily on pattern recognition. Here are just a few of the most cited:

Essentially, the applications of artificial intelligence are limited only by human imagination.

Examples of Artificial Intelligence in the real world

Regardless of whether you think AI is already among us or something that will only exist in the future, many companies and organizations around the world have embraced AI-like technologies.

In a healthcare setting, artificial intelligence-driven software is routinely used to assist doctors and technicians when looking at radiograph scans for abnormalities such as tumors or cancerous growth. This use is described in a 2020 journal article in the Lancet, where authors Oren, Gersh, and Bhatt describe some ways the software could be improved by providing it with an understanding of the goal in scanning the images, as well as instructions on how to perform the scans themselves.

One of the most common examples of real-world AI is self-driving cars. These vehicles work by using cameras to detect obstacles and GPS to determine what route to take to get to a destination. By combining artificially intelligent software and specialized hardware, the cars can drive safely without much human input. In fact, some studies suggest that self-driving cars are even safer than regular cars driven by humans.

One of the most controversial uses of AI is its application in policing, where sophisticated programs are used to examine photographs of people’s faces and associate them with other photos. The artificial intelligence aspect of the software uses powerful pattern recognition to quickly match faces using the shape of and distance between facial features in a way that unaided humans would be unable to do.

What is the difference between Artificial Intelligence and Machine Learning?

Machine learning is one specific application of artificial intelligence. It can be thought of as a way to “train” software to learn on its own using pattern recognition and huge amounts of data.

Essentially, in machine learning, a scientist provides a software program with a large amount of data on a specific topic. These data can take the form of images, text, or even videos. The software then revies all the data and attempts to discern patterns in them. After the assessment period, the neural network will attempt to create its own similar patterns based on those it observed.

Although neural networks often produce laughable results, they can also be quite sophisticated. In the future, machine learning could potentially be used to help train artificial intelligence on anything from logical decision-making to how to create their own musical compositions.

What is artificial intelligence?

The best definition of Artificial intelligence, or AI, is that it is a field of study which attempts to create machines that can think or act on their own as effectively as or more rationally than humans.

How does artificial intelligence work?

AI works by sifting through large amounts of data and recognizing patterns. Scientists and programmers write specialized programs which are used to assess a specific set of data and use the patterns found there to generate responses based on prompts. Although pattern recognition doesn’t sound very impressive, it’s at the core of how human intelligence works as well.

Why is artificial intelligence important?

There are many benefits to a successful AI. Artificial programs can be much more effective at humans when it comes to noticing small details or spotting patterns, making them ideal for certain types of technology applications. AIs can also help scale many tasks that humans find daunting, such as solving increasingly complex mathematical equations or carrying out repetitive tasks with unerring accuracy.

This is one reason that companies find AI so compelling. They believe that working artificial intelligence into their processes will free up their human workers to do other, more specialized labor instead. In the end, though, AI is important because the power it provides will enable humans to live better lives.

How will artificial intelligence change in the future?

As computers get more powerful, artificial intelligence will naturally become more powerful as well. The additional processing power made available by faster computers will work in conjunction with progressively more sophisticated algorithms and programs so that AI becomes more and more human-like.

Of course, there is no telling when this will happen. One influential futurist, Ray Kurzweil, believes that based on his study of exponential increases in technology, we may see a true AI as early as 2029.

What are some Artificial Intelligence examples?

Although there is no self-aware computer yet, there are many sophisticated programs that use AI-like abilities to assist with complicated tasks.

Here are a few examples:

What are the 4 types of AI?

Reactive machines – AIs that simply respond to stimuli. This basically boils down to a machine that can sense things happening and react.
Limited memory – Rather than true artificial intelligence, limited memory AIs can be thought of as bots designed for specific tasks. Chatbots and self-driving cars are typical examples.
Theory of mind – AIs of this type can comprehend that things other than them have minds.
Self-aware AIs – A self-aware AI would be one that can conceive of itself as a conscious being.

Note that this is not an official categorization system, just a way of thinking about AI. For a more comprehensive definition, use the framework established by Bringsjord and Govindarajulu, described above.

What is artificial intelligence in simple words?

Artificial intelligence is often shortened to AI. Put simply, AI is a decision-making computer program that is so complex you can’t tell the difference between it and a person. Although true AI does not yet exist, scientists have been able to make some programs that are basically very close to human intelligence in specific areas, like playing chess or finding tumors on x-ray images.

What is the best example of artificial intelligence?

The classic example of artificial intelligence is Deep Blue, an AI created by IBM. This incredibly complicated computer program was the first to successfully defeat the current chess world champion. Although Deep Blue was not able to think for itself or succeed at any task put to it, it was able to act and reason in the same way as a human while playing chess, meeting the basic definition of artificial intelligence for that specific task. What’s even more impressive is that Deep Blue was created in 1997, decades before networking and computing technology developed to the state it is in today.

Some, including Stephen Hawking, worry that true artificial intelligence will mean the end of humanity. Although this is technically possible, it is highly unlikely. Any AI created by humans would likely be highly regulated by world governments, and it seems unlikely that scientists would actively create beings that would kill them. There is no reason to assume that AI would be hostile to humanity, either.