As the streaming wars continue to rage on, it can be difficult to keep track of who has the upper hand. This is especially true of Chromecast and Roku—two rivals who have dominated the digital media player market for nearly a decade now.

Both deliver the ability to stream audio, video, and images to their televisions, as well as play content from your favorite streaming services right on the TV. But, what actually sets them apart, and which device is truly best?

In order to get an answer, we must first review a few things. We’ll make a full comparison of the two services to figure out what exactly sets them apart, their respective pros and cons, and which is right for your specific use case.

Let’s find out who comes out on top!

Roku predates Chromecast by a good five years. While Google—Chromecast’s developer—did have a digital media player come out in 2012, it just couldn’t hold a candle to the four years of dominance Roku had under its belt in this particular market. However, with the release of the Chromecast dongle in 2013, it appeared that Roku actually did have some competition from the folks over at Google. (It just took them a couple of tries to get it right, that’s all).

At the outset, the Chromecast was a lot simpler to install, a lot cheaper, and much more basic in its functionality compared to the Roku. The Chromecast had no user interface for its first seven years, merely existing as a way for users to stream from other devices to the television. Roku, on the other hand, has always prided itself on that iconic purple interface.

It wasn’t until 2020 that Chromecast stepped up closer to Roku’s level in terms of functionality and aesthetics.

For the first time, the new-and-improved Chromecast added a bigger, rounder design for its device, a designated remote control, and a distinct digital user interface—three things that Roku has had since its initial release in 2008. But, despite Chromecast’s efforts to encroach on Roku’s territory, the latter still has significantly more devices and options for users to choose from in the digital media player market.

The History of Chromecast

With the announcement of the Google Chromecast on July 24th, 2013, the battle of Chromecast vs. Roku had officially begun.

This first-generation video streaming device was available the same day it was announced, retailing in the U.S. for just $35. While the Chromecast came five years after Roku’s initial debut, Google engineer, Majd Bakar, claims to have conceived the idea as far back as 2008. When Bakar joined Google’s team in 2011, he immediately pitched the idea to the tech giant. Development began the following year, with the first-generation Chromecast put up for sale in July of 2013.

Chromecast devices are what’s known in the tech world as “dongles.” In other words, they’re powered by HDMI and look quite similar to a flash drive. The Chromecast device is plugged into a television’s HDMI port, then a separate power cord is plugged into the other end of the device to give it power. Once powered, the device can be used to play audio or videos from your computer, tablet, phone, or favorite streaming service to your television.

Future generations of the Chromecast made several key upgrades to the initial Chromecast device. For instance, Chromecast Ultra—a second-generation device—brought 4K HDR streaming in November of 2016.

Likewise, Chromecast with Google TV—a third-generation device—debuted a new remote and user interface complete with Dolby Vision and HDR10 support. Since its release close to a decade ago, the Chromecast has evolved from a simple streaming device to a high-tech streaming hub, not unlike the Apple TV or Roku.

You can find the latest Chromecast offering, the Chromecast with Google TV, on Amazon here. 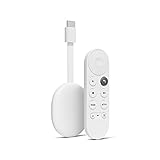 How Roku Came to Be

Five years before Google initiated the Chromecast vs. Roku showdown, the Roku hit shelves across America.

With this release, Roku effectively kicked off the digital media player craze. Prior to Roku, there was no easy way for people to play audio or video from a device to the television. With this little black squircle not much bigger than the palm of your hand, Roku singlehandedly revolutionized the idea of a cheap little device that makes it easy to stream media content.

Naturally, not unlike the Chromecast dongle, Roku didn’t stop with just one release. They continually made improvements and vital changes to their digital media player to shift and adapt with the demands of the time, including the addition of higher quality streams and more advanced audio. For instance, the second-generation update brought 1080p streaming in 2011. The fourth-generation update brought 4K streaming in 2015.

Roku has released several other innovative products throughout its impressive run, including a Chromecast-eque streaming stick and a 2-in-1 hybrid digital media player and soundbar.

Roku is also known for its line of middleware smart TVs. Many smart TVs come equipped with Roku streaming technology built right in, eliminating the need to go out and purchase a separate Roku device in order to stream audio and video via the television. What’s more, Roku also has a streaming service of their own called The Roku Channel. Debuted in 2017, The Roku Channel is free to use (thanks to ad support) and boasts films and television shows from a wide range of studios. Since acquiring the entire library of the defunct streamer Quibi, Roku has also begun creating original series and films of their own.

You can find the most recent Roku offering, the Roku Ultra, on Amazon here.

Chromecast vs. Roku: Pros and Cons

Chromecast vs. Roku: Which is Best?

With all this in mind, the question still remains: who comes out on top in the Chromecast vs. Roku showdown?

Clearly, Chromecast is the device of choice for those who just want the simple ability to play audio and video on their television. The ideal Chromecast user doesn’t care about bonus features or additional perks—they just want to watch their shows, play their movies, and listen to their music with ease. Alternatively, Roku is best for those who want a close competitor to Apple TV devices—complete with streaming hubs, enticing features, an alluring user interface, and more.

And so, it seems fair to name Roku the superior device between the two. It does more, it came first, it looks better, and it seems to beat Chromecast to the punch whenever there’s a new audio or video standard to adapt to. What’s more, it has more products (and they’re more innovative, too).

However, this is not to say that the Chromecast is by any means “bad.” For some, the Chromecast might still be the better choice for their needs. It’s cheaper, easier, and less advanced—three things some prefer over the alternative. Still, objectively speaking, Roku is the better digital media player.

Which came first, Chromecast or Roku?

Which is better, Chromecast or Roku?

Roku has more features, a better interface, and greater streaming content. Chromecast is ideal for those who want a cheaper, more basic streaming device.

Is The Roku Channel free?

The Roku Channel is free to use with ad support.

Which is cheapest, Chromecast or Roku?

Both Chromecast and Roku have $20 options available for purchase. Occasionally, the third-generation Chromecast retails new for as low as $15.