Apple touted this year’s iPhone 14 launch event as a far-out experience, but as usual, it was anything but. Instead, we got the same basic device with a few new internals. This has, unfortunately, become the norm with Apple releases.

With that in mind, there were still several standout moments with both the iPhone 14 and the new Apple Watch. In addition, they also unveiled a new AirPods Pro and iPhone 14 Pro as well as an Apple Watch Ultra. But what devices are worth buying this year, and which ones are worth skipping? Let’s find out.

The iPhone is certainly the highlight of this yearly event, and the iPhone 14 was no exception. However, with Apple’s decision to release pro models of their devices, the new standard iPhones feel less exciting. Nevertheless, the iPhone 14 has a $799 price tag and does have some quality-of-life improvements over its predecessor.

The biggest change is Apple’s introduction of eSIM on all their devices. All new iPhones sold in the United States will no longer support physical SIM cards. While there is the benefit that these phones will support multiple eSIMs, it takes away the simplicity and ease of swapping a SIM card.

As for some more noticeable changes, the iPhone 14 features a new OLED display, which was previously used on the iPhone Pro. It is also more durable thanks to a ceramic screen. Battery life is also improved, as is the front-facing camera. Another noteworthy feature is a new action mode that helps stabilize video recordings.

The iPhone 14 Pro saw the biggest improvements. It features a new A-16 bionic chip that was redesigned from the ground up. It still features a 6.1-inch screen with a similar resolution. But an all-new screen design sees what Apple calls an island. Unfortunately, the iPhone 14 Pro still starts at a staggeringly high price of $999.

Unlike the notch from the last few generations, which houses the speaker and camera, the iPhone 14 Pro has a cut-out in the middle of the screen. While this may initially seem intrusive, Apple uses it to its advantage by putting important information inside of it.

They call this a dynamic island because expanding the black orb for notifications and information gives us a sense that it is meant to be there.

One of the best features of the new iPhone 14 Pro is its always-on display which remains illuminated even when not in use. This is thanks to new advancements in screen and battery technology. The battery on this phone also lasts significantly longer thanks to a new low-power mode.

Of course, the pro model iPhones are well known for their high-quality cameras, and Apple once again made some improvements. The new 48-megapixel camera features a much larger sensor that leads to much better pictures and videos. The larger sensor and the new flash also do very well in low-light situations.

Apple unveiled three new watches at their September event. This includes the Apple Watch Ultra, Apple Watch Series 8, and Apple Watch SE. Each comes with its own features, bands, and vastly different pricing. 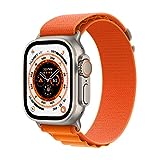 The Apple Watch Ultra is by far the most capable watch that Apple has released thus far. It has the largest Apple Watch screen and features a titanium case.

The style is also brand new, as this watch is specifically designed with outdoor enthusiasts and athletes in mind. It is also capable of diving and even features a depth meter. However, it also comes with a hefty price of $799.

Apple has marketed its watches heavily as health devices, and the new temperature sensor delivers even more information about your health. The Apple Watch Series 8 has a starting price of $399.

Last but not least is the Apple Watch SE which will retail for only $249. It is an affordable alternative to some of the more expensive Apple watches. However, it retains many of the great features.

The new generation of Apple Watch SE has a bigger screen and a redesigned underside. It also adds the heart rate monitor found on other Apple watches. 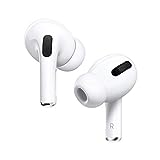 A long-awaited product in the Apple lineup is the next generation of Airpod Pros. There have been countless rumors lingering for years, but Apple did not mention them until now.

While it’s hard to believe that they could improve on the original Airpods Pro, Apple managed to pack in some new features such as touch control volume, longer battery life, and new smaller ear tips.

They also made some improvements to the case, which is now MagSafe compatible and also features a built-in speaker. The new Airpod Pros will cost $249.

An overarching theme of this year’s iPhone event was a range of new safety features. There are two main features added to Apple devices. The first announcement was for satellite connectivity which allows cell phones to make emergency calls even when not in range of cell service. It works by connecting to satellites for a short period of time instead of regular cell towers.

The other major feature was a crash detection system that can recognize when a user has been in an accident and alert the proper authorities. New Apple watches also have the same ability to detect crashes.

However, since this new feature was released, there has been some concern about false alarms, especially from places like roller coasters and theme parks where users are perfectly safe but are subjected to high G forces.

This year’s Apple iPhone 14 event was much like the last few. First, the iPhone 14 Pro saw some nice new features, but the standard iPhone 14 was rather lackluster. The basic shape of the phones still remains nearly identical year to year, plus there are no major additions or improvements.

However, it was nice to see the new Apple Watches, even if the Ultra is a bit expensive. It is also nice to see a new version of the Apple Watch SE since it does help get the device into the hands of more people. The new Airpods Pro were also great to finally see since rumors have persisted for a couple of years now.

The biggest announcements were certainly about the new health and safety features, as they can be truly lifesaving. Crash detection will be a major step forward in faster emergency care. Similarly, satellite emergency calls will surely give some comfort to those traveling beyond the reach of cell service.

Does the iPhone 14 still have a SIM slot?

Did Apple unveil an iPhone SE?

No, Apple has not released a new iPhone SE in several years. However, they were typically unveiled in Apple’s Spring announcements anyway.

How many cameras does the iPhone 14 have?

Does the iPhone 14 have a "dynamic island"?

Is there an iPhone 14 Mini?

Apple did not announce a new iPhone Mini. In fact, it appears that the iPhone 14 Plus has replaced the Mini, at least for the time being.