While the uninitiated may not be able to tell the difference between an Alienware and Razer product, there are plenty of differences between these two companies that you should consider when making a purchase. Notably, Alienware tends to focus on building full-fledged gaming machines. Conversely, Razer focuses more on computer peripherals like keyboards and mice. But that’s not the only thing you want to consider when making your next computer purchase. So let’s take a look at the differences between Alienware and Razer. 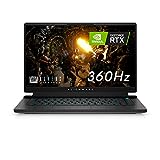 Alienware vs. Razer: What’s the Difference?

Both Alienware and Razer are premium computer component manufacturers. However, Alienware tends to focus its manufacturing on building full-scale gaming computers that users can purchase and use out of the box. Razer makes gaming laptops and machines, but they focus on computer peripherals rather than full-fledged machines.

What Is a Gaming Computer? How Is It Different?

Alienware and Razer produce different products but all of their products are designed for gamers and other high-end workstation uses. Comparing the two companies can be difficult, but we can compare the computers they produce to this end to determine which company is a better fit for an individual user.

The first step to understanding the difference between Alienware and Razer is understanding how they’re different from the standard PCs of the world, which requires understanding the internal components of a computer and how they influence performance, particularly in the gaming sector. Computers are made up of seven main components that allow them to run. These components determine the computer’s relative power and influence what tasks a computer can manage without experiencing slowdown or crashes.

With gaming PCs, you generally want a motherboard with many expansion slots. Having extra expansion slots for RAM and PCIe cards means you’ll be able to expand your computer’s power without replacing the motherboard.

However, a lot of gaming PC manufacturers use in-house-made motherboards. This cuts down the manufacturing cost and allows them to sell their products at more affordable prices. So, it’s imperative to check whether your prospective PC comes with a motherboard that features expansion slots or if it’s a proprietary motherboard with just enough slots to run the manufacturer’s specifications.

While both Alienware and Razer tend to use in-house manufactured motherboards, you may see some units they produce with outsourced motherboards. Understanding the specs of the motherboard in an individual computer can help you determine if it’s right for your needs.

The CPU is the “brain” of the computer. It performs all the computer’s logical processing at a minimum. It may even be responsible for the computer’s sound and graphical processing. Therefore, the CPU is one of the most critical components in a computer regarding power. It’s always recommended that you not cheap out on your CPU because it will significantly affect your computer’s overall performance.

CPUs are very rarely manufactured in-house. An in-house CPU wouldn’t be impressive enough to charge a premium when there are already so few manufacturers for premium CPUs. However, you’ll still want to research the CPU installed in your prospective PC to understand how it will affect your gaming experience. A more powerful CPU will enable you to play more intensive games without worrying about slowdown or lag.

The GPU may be rolled into the CPU. In these cases, the CPU is pulling double-duty processing, both logic and graphics (and probably sound unless you’re one of the sound geeks who purchased a dedicated sound card.) However, for gamers, the GPU is king.

GPUs determine how much power your computer can allocate to the graphics of whatever tasks you do. In gaming, this is extremely important as the graphics quality and fidelity will influence your experience with the games you play.

For many low-end computers, the GPU will be rolled into the CPU. Thus, no GPU will be listed. However, higher-end computers like those made by Alienware and Razer typically come with a dedicated GPU that handles the graphics processing separately from the CPU. Therefore, you’ll want to check on your GPU’s model and specifications independently to ensure you know what you’re getting from your new PC.

CPUs are rarely if ever, produced in-house. This is one component that is going to be prominently displayed in the specifications as it is one of the primary components that people are going to be looking at regarding the power and speed of the unit.

Both Alienware and Razer make units with a variety of CPUs available for different needs; this part will never be made in-house but should be compared when comparing two individual units. Units that are outfitted with Intel CPUs tend to be priced higher to reflect the price increase for the parts as Intel CPUs tend to be more expensive than AMD ones.

The RAM in your computer is your computer’s “short-term” memory. The CPU uses the RAM to store session information that doesn’t get written to your computer’s disk drive. RAM is the component that allows you to seamlessly switch between applications by storing the application’s state and retrieving it when you focus on the window.

RAM is one place where you’ll actually want to check the motherboard specifications rather than the RAM specifications—though you should really be checking both. You’ll want to choose a build with RAM with a superior clock speed and a motherboard that supports dual-channel mode RAM configurations. These factors will influence computer performance and provide you with the best experience.

Since most pre-built computers are outfitted with in-house motherboards, you may find difficulty finding specifications for this component. Suppose you can’t find specifications for your prospective PC’s motherboard. In that case, you’ll want to assume that it’s an in-house model that includes no more expansion slots that are strictly necessary for running the PC out of the box.

RAM will typically be made in-house, but more and more computers are being produced with proprietary RAM. Typically, you won’t see a RAM manufacturer or model listed on a computer produced by Alienware or Razer, which means the RAM was produced in-house.

Most modern computers are outfitted with a solid-state storage system. However, some builds may still include hard disk storage. For example, Razer and Alienware will default to SSD storage because they’re premium brands. The prices of the units they sell will reflect that.

The power supply is the component that draws power from a source and outputs it to the components to allow them to run. Power supplies are rated in Watts, and you’ll need more wattage to run more powerful components.

The cooling system is the last major part of any computer system. As your computer’s components work, they generate heat (like most electrical appliances). Unfortunately, heat isn’t good for electrical appliances. In computers, it can cause slowdown, lag, and even crashes when left unchecked. Therefore, a computer needs some system to remove heat from the components, or it won’t work.

Most Alienware and Razer PCs will be air-cooled as producing and shipping water-cooled PCs can be quite expensive. Laptop computers will always be air-cooled as their physical shapes and focus on small and light systems make it difficult to outfit the computer with a water block and piping.

In gaming rigs, all the components used are typically more powerful and of higher quality than those used in non-gaming setups. Gaming is a highly intensive process that requires a lot of power, and the amount needed to run certain games is only getting greater.

So, when looking at a gaming rig, you need to assess it through the lens of a gamer looking to get the most power for their games. Thus, gaming rigs tend to be more expensive, with even low-power ones sitting around the $800 mark.

You’ll also want to look at each component advertised if you plan to buy a pre-built gaming computer. Understanding each component means you can make an informed decision based on the company’s information about the item you intend to purchase.

This is the most significant difference between Razer and Alienware. Companies that manufacture consumer products tend to focus on one sector of the consumer experience. By doing so, they can make innovative products within their industry.

Conversely, Alienware focuses on full-fledged manufacturing PCs that typically do not come with peripherals. Alienware does make some accessories like mice, keyboards, and monitors. But their selection of peripherals is nowhere near as comprehensive as Razer’s.

Generally, suppose you’re looking to purchase a full-fledged computer that you can use right out of the box. In that case, most enthusiasts recommend choosing Alienware over Razer. Again, this is because Alienware has more experience and better outcomes than Razer in this sector.

Alienware vs. Razer: Which One Is Better? Which One Should You Use?

Comparing Alienware and Razer is really like comparing apples and oranges. The difference between their manufacturing focuses means there’s little in the way of comparisons that you can make because the research and development phases focus on such different things.

Generally, users find that Razer’s full-fledged PCs are of a lower quality than Alienware’s, despite the higher price tag. This is likely due to the difference in manufacturing focus. Likewise, people tend to find that Alienware’s peripherals are lower-quality than Razer’s. Alienware also has a lot less selection regarding peripherals than Razer.

While Alienware and Razer may seem similar on the surface, they’re pretty different. Therefore, you should weigh your options appropriately when choosing your next manufacturer. However, Alienware’s selection won’t disappoint people looking to purchase PCs. Likewise, those looking for peripherals will find a home in Razer’s online storefront. No matter which company you choose, you’ll receive excellent care from their selection and customer service.

Is Razer worth the money?

Razer peripherals tend to be worth the extra money spent. They’re durable and high-quality. However, their full-fledged PCs tend to be marked up and not worth the money.

Is Alienware worth the money?

Alienware tends to be worth the money if you aren’t interested in personally upgrading your PC. While Alienware’s PCs do allow for personal expansion, their manufacturing tends to make it a little more difficult to self-upgrade your PC because of unique, non-standard manufacturing practises.

If you’re interested in self-upgrading or peripherals, Alienware tends not to be worth the money.

Which is better, Alienware or Razer?

The two companies are too different to make a direct comparison. For example, Alienware makes better PCs and laptops than Razer, but Razer makes better computer peripherals.

What does Alienware manufacture?

What does Razer manufacture?

Razer primarily manufactures computer peripherals and gaming laptops. In addition, they attempted to manufacture smartphones, but this venture was unsuccessful and has since been discontinued.