Sony’s PlayStation 2 remains the best-selling console of all time, even more than twenty years after its release in October of 2000. With over 4,000 unique games released in its unprecedented 13-year run between 2000 and 2013, plenty of great (and not-so-great) titles made their way to Sony’s iconic console. The genre of games with the most surprisingly fun titles? None other than PlayStation 2 movie tie-in games.

Whether they’re based on new movies, old movies, or loosely inspired by a trendy franchise, the PS2 had some truly excellent movie tie-in games. It’s no coincidence that the PS2’s heyday in the early-to-mid 2000s is sometimes referred to as the Golden Age of Tie-In Games.

Just think of all the memorable franchises that originated during that time: Lord of the Rings, Harry Potter, The Matrix, the Star Wars prequels, and the list goes on. Every one of these franchises (and more!) ended up having tie-in games for the PS2.

While some were nothing more than an attempt at cashing in, others managed to transcend their movie tie-in status. Here, we’ve compiled the very best of the best PlayStation 2 movie tie-in games of all time.

The concept of a tie-in is hardly exclusive to the realm of video games. From books to comics to music albums, the entertainment industry has long sought ways to extrapolate on the success of one piece of intellectual property by trying to bring it to other formats.

From book-to-movie adaptations, TV-to-film adaptations, comic-to-TV adaptations, and everything in between, it’s been a successful format practically since the inception of the moving picture. Naturally, with the rising success of video games in the 1980s, it only made sense for them to get the tie-in treatment.

Some experts say it began with the Microvision game Star Trek: Phaser Strike in 1979. Others say the real start came with the Atari 2600‘s Superman in 1978. No matter which one was first, the most important information to remember is that the concept of a movie tie-in game boomed in the 1980s.

Industry executives saw it as mutually beneficial. The hype for a movie would create natural hype for a corresponding game, and vice versa. Nevertheless, in 1982, the most infamous movie tie-in game almost ruined the concept altogether: E.T. the Extra-Terrestrial, made in six weeks for the Atari 2600. 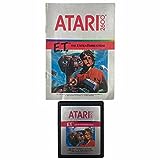 The remainder of the ’80s saw a little growth in this particular subgenre, but it wasn’t until the ’90s and 2000s that it was truly able to boom the way it was always destined to.

Why So Many PlayStation 2 Movie Tie-In Games?

As the 1980s gave way to the 1990s, movie tie-in games became more successful than ever before. This was thanks in large part to Disney’s decision to give many of their most popular animated children’s films the video game treatment.

From Hercules to Aladdin to The Lion King and numerous others in between, it was cheap and easy for studios to take already animated works and turn them into side-scrolling platformers with built-in brand recognition on the store shelves. It wasn’t just 2D graphics that proved successful, either. Just look at GoldenEye 007.

Based on the 1995 James Bond film of the same name, GoldenEye 007 took the movie tie-in game to new heights; in addition to having a serious impact on the burgeoning genre of first-person shooters. The funny thing?

The game barely even referenced the film it was supposedly based on, beyond some familiar characters and locales. This showed studios that all a game really needed was a recognizable movie title to slap onto it and the things would practically sell themselves. Die Hard Trilogy from 1996 did a similar move.

By the time the PlayStation 2 hit shelves in the fall of 2000, the subgenre of movie tie-in game had reached peak popularity. It helped that Hollywood was really leaning into the idea of franchise potential at the same time.

From Lord of the Rings and comic book movies to Harry Potter, The Matrix, and countless others in between, the PlayStation 2 and the rise of the movie franchise coincided to create an optimal environment for the movie tie-in game to thrive. It was the perfect blend; one that benefitted PS2 players, film studios, and game developers alike.

From direct movie-to-game adaptions to loose adaptations of popular source material, these are the very best PlayStation 2 movie tie-in games to ever hit the shelves. Consider these the highlights of a true golden age for the movie tie-in.

Weirdly enough, because EA only had the rights to the film adaptations, the game could not include or reference anything from the books, not in the movie itself. Nevertheless, the game is truly epic in scope for its time.

Ranking just above the Two Towers movie tie-in game is Peter Jackson’s King Kong: The Official Game of the Movie (talk about a mouthful). How could it not come out ahead when the game gives you the ability to control the titular gigantic gorilla?

Switching back and forth between Kong and the main character Jack Driscoll (played by Adrien Brody in the film), King Kong: The Official Game of the Movie is so remarkably immersive — even for 2005. It’s clear that this was more than just an opportunity to cash in; Ubisoft actually wanted to make a good game, too.

Who said that PlayStation 2 movie tie-in games had to be based on contemporary new releases? The Warriors — based on the synonymous 1979 film — proved that this didn’t have to be the case.

Successfully replicating the plot and atmosphere of the street gang action-thriller, while also adding in new plot elements not seen in the film, 2005’s The Warriors was bound to be great as soon as the Rockstar name became attached to it.

While the game studio hasn’t done a movie tie-in game since, The Warriors is so fun it makes you wish they’d get back into the market again. 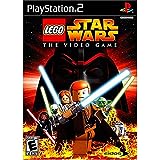 Adding ingenious brick-building mechanics to the already iconic Star Wars series was a recipe for success unlike any other movie tie-in before or since. It’s totally for kids, but when has that ever kept a game from being a total blast? 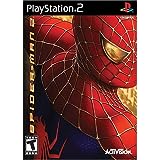 If you had a PlayStation 2 (or knew someone who had one), you’ve probably spent some time swinging around New York in Spider-Man 2: The Game. Functioning more as a sequel to the first game than as a proper adaptation of the actual Spider-Man 2 film from 2004, Spider-Man 2: The Game stands as one of the highlights of the PS2 console and the movie tie-in subgenre alike. 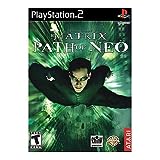 Here’s something you can’t say about many PlayStation 2 movie tie-in games: The Matrix: Path of Neo is actually written and directed by the Wachowskis, the very filmmakers that wrote and directed the Matrix trilogy it’s based on.

Released two years after the conclusion of the Matrix trilogy, the game cleverly reimagines the three films with exceptional graphics and exciting action gameplay. This is a game you can return to again and again, regardless of your familiarity with the films. That’s a truly special quality not many PlayStation 2 movie tie-in games have.

While the recent 2017 remake of Star Wars: Battlefront II is fun in its own right, it’s the original game from 2005 that takes the top spot on this list. Featuring brand new vehicles, updated mechanics, improved maps, and the thrilling battle royale-style multiplayer gameplay from the first Battlefront, Battlefront II stands as the pinnacle of PlayStation 2 movie tie-in games.

If you still have people seeking out PS2s today simply to play this game, you know you’ve got a true winner.

What is a movie tie-in game?

A movie tie-in game is a video game that loosely or directly pulls from a popular movie or franchise. Some examples include Lego Star Wars: The Video Game and Spider-Man 2: The Game.

What was the first movie tie-in game?

Experts are divided on what deserves to be called the first official movie tie-in game, but some possible contenders include Star Trek: Phaser Strike (1979) and Superman (1978).

What happened to movie tie-in games?

Movie tie-in games have slowly disappeared from the throne they once held because they slowly became less and less lucrative. This is especially true now with games such as Fortnite having much of the same appeal as a movie tie-in game.

Why did the PlayStation 2 have so many games?

The PlayStation 2 remained in production for 13 years after its 2000 release date. For this reason, over 4,000 games were released.

What's the best movie tie-in game of all time?

GoldenEye 007 (1997) is largely considered to be the best movie tie-in game of all time, even if it wasn’t very loyal to the 1995 movie it’s supposedly based on.