With the continued innovation of the electric car and the car battery, it’s worth discussing the largest and most popular battery manufacturers in the world. Electric vehicles like Tesla have never been more beloved than they are right now, and this is due in large part to the strength of the battery manufacturers listed below. What does it take to become one of the largest and most popular battery companies? And how do various EV batteries stack up in comparison to one another? Let’s discuss all these questions below as we rank the best car battery companies in the world.

Described as one of the most inventive EV battery manufacturers in the industry, EVE has continually overcome some of the most challenging technical problems in the car battery industry again and again. Thanks to their more than 2,200 researchers and developers and more than 3,600 patents, EVE might not be as large as some of these other manufacturers but it’s still worth including here because of the sheer amount of innovation and creativity coming from this company on a regular basis.

Automotive Energy Supply Corporation, also known as AESC, emerged in 2007 as a joint lithium-ion battery venture between companies Nissan, NEC, and Tokin Corporation. Far ahead of much of the competition in their interest in EV batteries, AESC eventually led to the production and innovation of the Nissan Leaf. The Leaf was one of the first electric vehicles to hit the market and remains one of the most popular options on the market today. AESC continues to improve its EV batteries on an annual basis, which makes them deserving of a spot here on this list.

As one of the planet’s biggest battery manufacturers, Grepow sets itself even further ahead of the competition with its highly customizable product. Known for the production and distribution of specially shaped batteries with a high discharge rate, Grepow quickly made a name for itself by providing clients with advanced research, development, production, and sales capabilities for more than 20 years now.

CALB Technology, also known as China Aviation Lithium Battery Technology, is currently China’s largest battery manufacturer with a reach across the planet. CALB USA, based in California, specializes in the creation and distribution of special lithium-ion batteries. While the company has only recently entered into the electric vehicle sphere, there’s no doubt that CALB’s continued advancement will keep them a part of this important list.

SK Innovation, also known as SKI, is a leading innovator in the Korean energy industry — not just today, but for the past half-century. SKI’s lithium-ion batteries were the first to successfully bring high-energy ternary materials to the electric vehicle industry, making them an essential part of this list of the largest and most important battery companies in the world. SKI might be localized to South Korea for the time being, but there’s no doubt their remarkable technology could grow even bigger around the globe in the years to come.

Samsung SDI — a division of Samsung created to manufacture EV batteries and other various electronic materials — stands apart from the competition because of its wide variety of uses and products. From IT devices to appliances to Energy Storage Systems (ESS) to electric vehicles and everything in between, Samsung SDI belongs on this list because of the sheer number of useful products under the company’s banner.

BYD, Ltd. — an abbreviation for Build Your Dreams — is a Chinese manufacturing conglomerate currently working hard to create an EV battery that redefines the industry’s pre-existing safety standards. Created with the intention of squashing safety concerns once and for all, BYD ranks among the largest and most important battery companies because of this determination and drive to do something new and improved.

Panasonic’s lithium-ion batteries can be found in both hybrid and electric vehicles alike (including Tesla, which relies on Panasonic and Panasonic alone for its advanced battery). Created in close collaboration with the car companies themselves, Panasonic’s lithium batteries are both efficient and environmentally friendly. At Panasonic, being conscious of their environmental impact is just as essential as creating an efficient and effective car battery. This is what makes them one of the best and most important battery companies in the world.

Contemporary Amperex Technology Co. Limited, also known simply as CATL, is a Chinese battery company that manufactures lithium-ion EV batteries. Currently the biggest lithium-ion battery manufacturers on the planet, CATL is responsible for the creation of 96.7 gigawatt hours (GWh) of the planet’s 296.8 GWh. As one of the biggest and most popular car battery companies in the world, there’s no doubt that CATL will continue to prioritize excellence and innovation in the years to come.

Can You Recharge an EV with Solar Power? – Have you ever wondered if solar power is enough to charge an EV battery? Find out here!

Top EVs with the Longest Battery Life – Find out which EVs have the longest battery life.

What Are Rare Earth Minerals, Why Do EVs Need Them, and Why Is Ecology at Stake? – Find out about the environmental implications of EV production.

Who makes batteries for Tesla?

Panasonic is Tesla’s lone battery manufacturer. The company relies on Panasonic because of its status as a U.S. company and its ability to handle the advanced requirements Tesla demands of its technology.

While the Duralast battery is distributed by AutoZone stores, the battery is actually manufactured by Clairos. Clairos also manufactures Diehard, Everstart, and Kirkland’s batteries, as well.

Quantumscape batteries are used by all sorts of automotive brands, including Acura, Subaru, Tesla, Toyota, Volkswagen, and Volvo.

What is the top lithium battery company in the world?

In both market share and GWh, the top lithium battery company in the world is Contemporary Amperex Technology Co. Limited, also known simply as CATL. 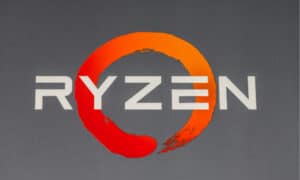